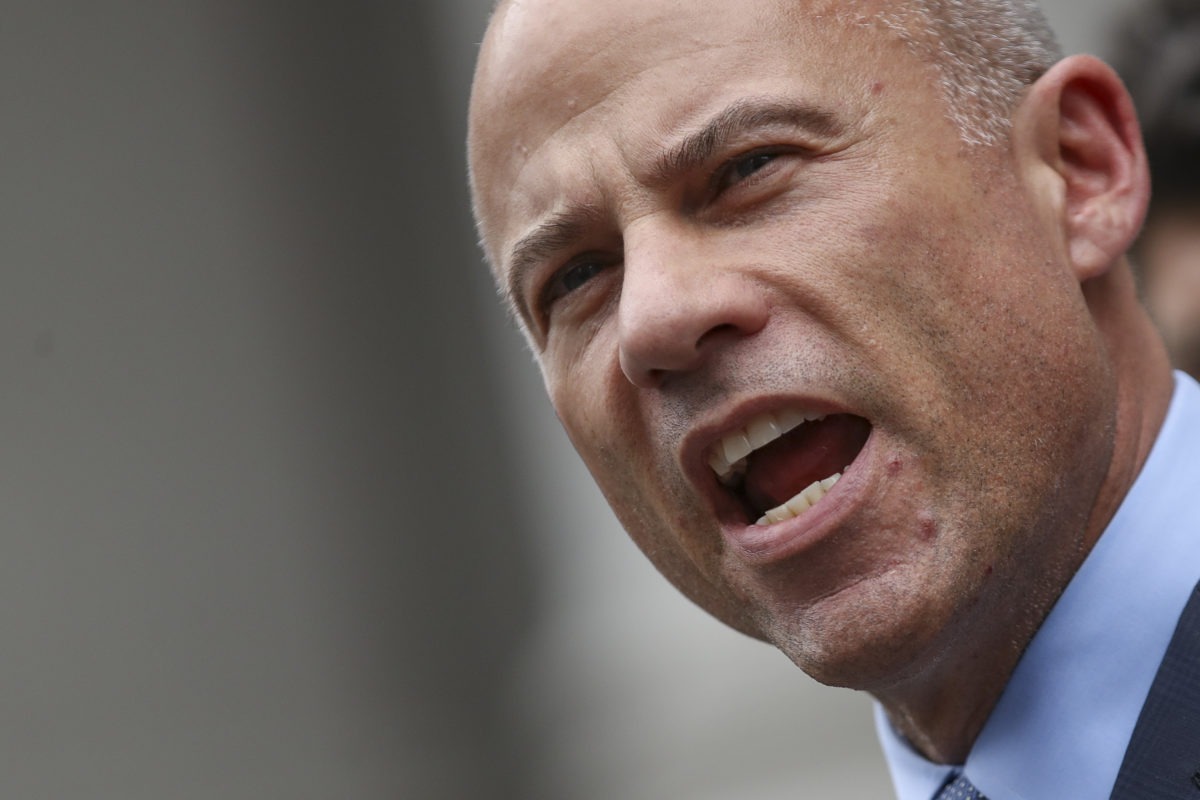 Attorney Michael Avenatti on Saturday compared his somewhat recent poll numbers to where President Donald Trump himself was polling two years before the 2016 presidential election.  Avenatti made the polling comment on Twitter in a response to Washington Post political reporter Dave Weigel, who in turn was immersed in a conversation over a CNBC report which said Avenatti may again be considering a run for president, despite having previously written off the idea.

Weigel noted that “Democrats know who [Avenatti] is and don’t want to vote for him,” citing an October 2018 CNN poll which listed Avenatti with a 1% showing near the bottom of the stack of likely candidates.  (The top candidate was Joe Biden with 33%; Bernie Sanders slotted in at number two with 13%.)

Avenatti responded that his 1% showing in last fall’s poll was “[a]bout where Trump was two years out,” then retorted that he missed Weigel at his “events cross the country last year.”

About where Trump was two years out. Missed you at my events across the country last year btw.https://t.co/EbuKgWhONY

According to CNBC, Avenatti decided to consider the possibility of running again after watching what to Avenatti were poor or concerning performances in recent Democratic debates.  He admits to CNBC, however, that he has a “number of things to deal with” before making a final decision.  That is a presumed reference to his criminal charges (here, here, and here) and a “reasonable probability” of disbarment (here).  (Avenatti’s law license remains officially active; he is fighting all accusations against him.)

Later in the afternoon, the Washington Examiner quoted Avenatti as calling Donald Trump, Jr. a “putz” who he could run against in 2024.  Avenatti told the Examiner he would decide by this fall whether he wanted to seek the Oval Office.  Avenatti touted former Trump adviser Steve Bannon‘s reference to Avenatti as a “fighter” as a badge of honor.

Twitter reaction to a possible Avenatti 2020 campaign was mixed. Some praised the possibility of pulling the lever for Avenatti; others considered him damaged goods:

Absurd that this is even a passing thought, in March 2019, Avenatti was indicted in California and New York on multiple federal counts including tax evasion, extortion, fraud, and embezzlement. Folks, this is narcissism at its best. https://t.co/noiFD6ceer

Well,, the current candidates are more interested in winning an argument and attacking President Obama, than attacking and beating trump! They don’t get it….Avenatti does!

Avenatti’s comparisons to Trump’s poll numbers, like his deliberations concerning a potential run for office, are not necessarily new. He previously compared a poll giving him a 2% showing as “[b]etter than Trump polled in 2015.”

Or, in other words, perhaps the 2% showing in December was a 100% improvement over the previous 1% showing in October.