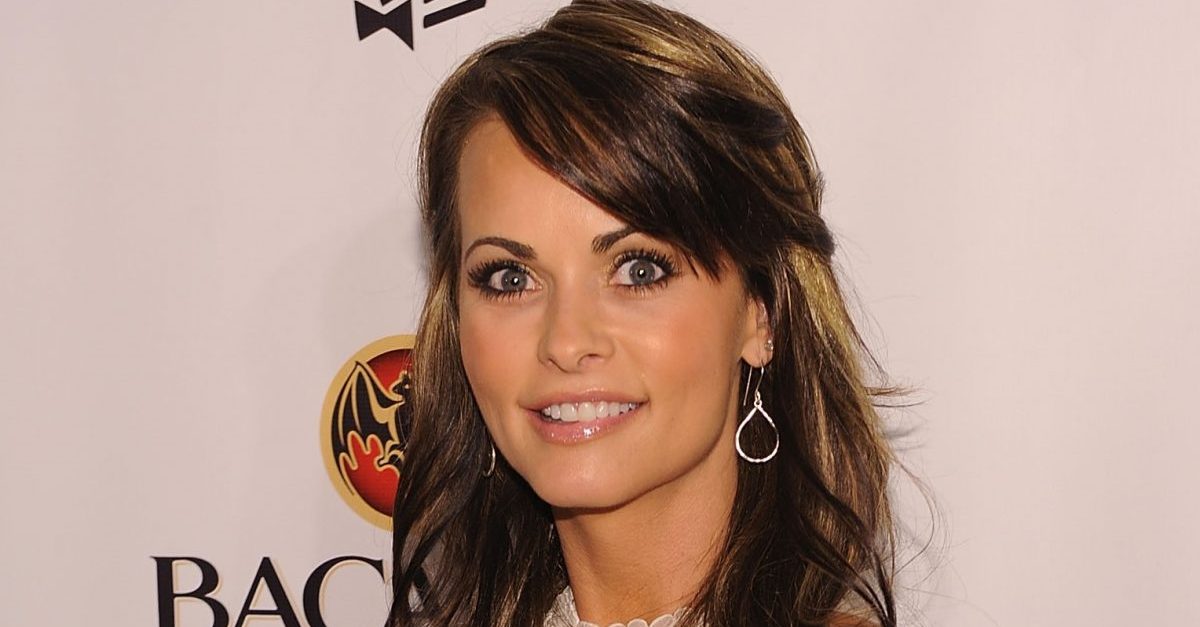 Former Playboy model Karen McDougal filed a defamation lawsuit on Thursday against Fox News over on-air comments from host Tucker Carlson such as “Now that sounds like a classic case of extortion.”

According to the New York Times, McDougal filed the lawsuit against Fox News in New York State court and claims that her reputation was harmed by Carlson’s defamatory statements.

As part of the Southern District of New York investigation that ended with Michael Cohen behind bars, the National Enquirer’s parent company American Media Inc. (AMI) admitted to “catching and killing” (paying $150,000 for and burying) McDougal’s story of an affair with President Donald Trump to “prevent it from influencing” the 2016 election.

Eric Bernstein, McDougal’s lawyer, claimed in court documents that Carlson defamed his client when he accused her of orchestrating a shakedown by “approach[ing] Donald Trump and threaten[ing] to ruin his career and humiliate his family if he doesn’t give them money.”

“Two women approached Donald Trump and threatened to ruin his career and humiliate his family if he doesn’t give them money,” Carlson said. “Now that sounds like a classic case of extortion. Yet for whatever reason, Trump caves to it, and he directs Michael Cohen to pay the ransom. Now, more than two years later, Trump is a felon for doing this. It doesn’t seem to make any sense.”

Berstein said the remarks from Carlson flied in the face of the fact that Trump “never once claimed that he was extorted.”

AMI, as part of a non-prosecution agreement, admitted to paying McDougal “in concert” with the Trump campaign to prevent damaging allegations from influencing the election:

The Office announced today that it has previously reached a non-prosecution agreement with AMI, in connection with AMI’s role in making the above-described $150,000 payment  before the 2016 presidential election. As part of the agreement, AMI admitted that it made the $150,000 payment in concert with a candidate’s presidential campaign, and in order to ensure that the woman did not publicize damaging allegations about the candidate before the 2016 presidential election. AMI further admitted that it’s principal purpose in making the payment was to suppress the woman’s story so as to prevent it from influencing the election.

Assuming AMI’s continued compliance with the agreement, the Office has agreed not to prosecute AMI for its role in that payment. The agreement also acknowledges, among other things, AMI’s acceptance of responsibility, its substantial and important assistance in this investigation, and its agreement to provide cooperation in the future and implement specific improvements to its internal compliance to prevent future violations of the federal campaign finance laws. These improvements include distributing written standards regarding federal election laws to its employees and conducting annual training concerning these standards.