Sailor Kills Two and Himself at Pearl Harbor, Navy Says — What to Know 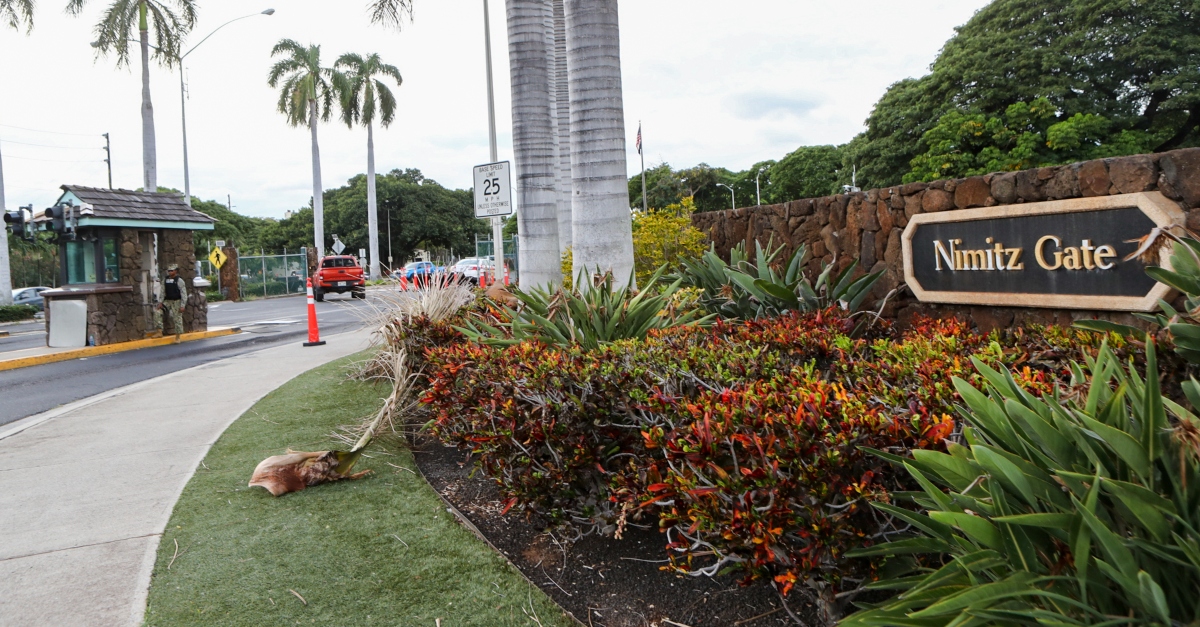 Navy officials say that a sailor killed two people, injured another, and died by suicide in a shooting on Wednesday. Their identities and the alleged motive remain unknown. Here’s what we know so far.

1. The Victims, and the Shooting

Officials at the Joint Base Pearl Harbor-Hickam said security forces responded to a reported shooting at a dry dock at the No Ka Oi Shipyard. Initial reports showed that that the shooter and two civilian shipyard employees were dead. Another civilian employee of the shipyard was initially described as being in stable condition.

“We are saddened by this incident, & our thoughts & prayers are with the victims & their families,” said Rear Adm. Robert Chadwick, Commander, @NavRegHawaii. “The @PHNSYIMF is a vital part of our Navy ohana, & we have generations of people, families, who work there. 2/5

Authorities described the suspect as a U.S. Navy Sailor assigned to a submarine, the USS Columbia.

The shooter, a 22-year-old, used an M4 service rifle on the victims, according the incident report obtained by Fox News. He died by suicide using his service pistol, authorities said.

Hawaii shooter, 22, crew member aboard submarine USS Columbia, “opened fire on shipyard personnel with his M4 service rifle and then turned his M9 service pistol on himself,” incident report says.

2 of 3 DoD civilian shooting victims have died, the other in critical condition https://t.co/FfAawyjBRg

Authorities said they will release the names of the victims after next of kin are notified.

Base security, Navy investigative services and other agencies are investigating the incident. The names of the victims will not be released until the next of kin have been notified. 5/5

[Image via Joint Base Pearl Harbor-Hickam]