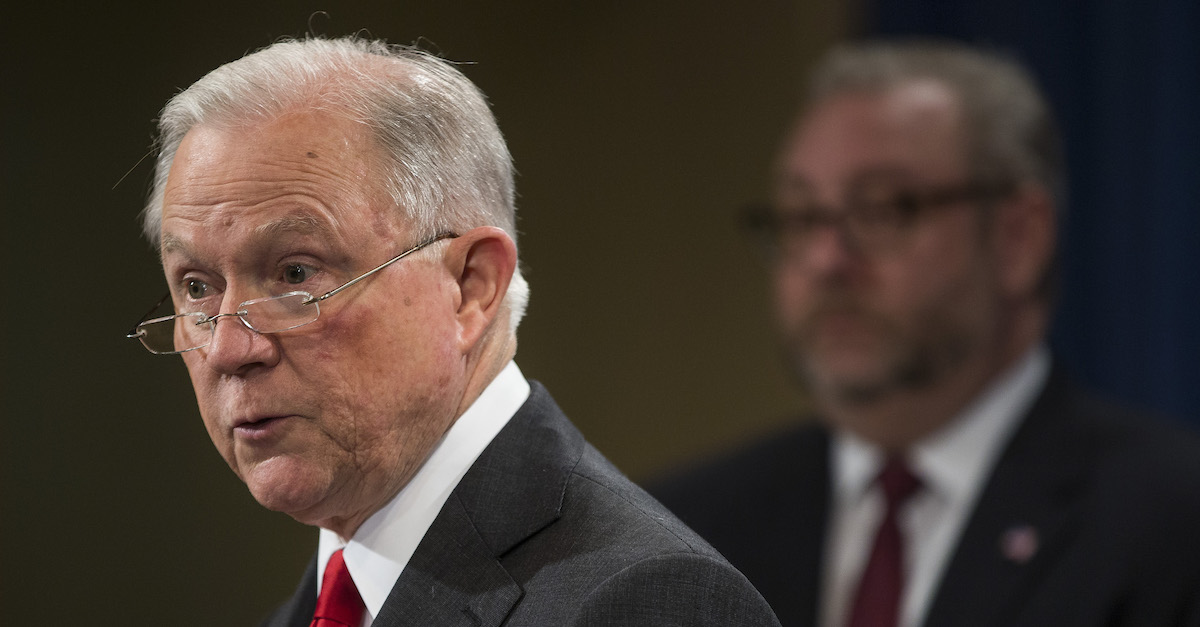 In a statement delivered before his questioning, Horowitz reiterated a damning finding that his office made in a report just weeks earlier: that Sessions “demonstrated a deficient understanding of the legal requirements related to the care and custody of separated children.”

Horowitz faulted Sessions’ Department of Justice for failing to consult with its own prosecutors and other agencies prior to implementing the policy, leading to mass confusion as parents and children were separated. Sessions refused to be interviewed by the inspector general’s office, leaving more questions than answers surrounding about a Trump-era policy whose cruelty and failure ultimately led its own official to admit it should never have been implemented.

“Our review found that DOJ leadership failed to effectively prepare for or manage the implementation of the zero tolerance policy. We concluded that the Department’s single-minded focus on increasing immigration prosecutions through the zero tolerance policy came at the expense of careful and appropriate consideration of the impact of child separations,” Horowitz said during Thursday’s testimony.

The Justice Department’s top watchdog then took aim directly at Sessions and his failure to heed warnings or properly prepare for the ramifications of enforcing the zero tolerance policy.

“Specifically, we found that DOJ leadership, and in particular, the Office of the Attorney General (OAG), failed to effectively prepare for or manage the implementation of the zero tolerance policy,” Horowitz said. “We also found that then-Attorney General Sessions and a small number of other DOJ officials understood at the time the zero tolerance policy was issued in April 2018 that DHS would change its long-standing practice of not referring family unit adults for prosecution in response to the zero tolerance policy. The Attorney General further understood that prosecution of these family unit adults would result in children being separated from families, at least temporarily. We therefore found that OAG was a driving force in the DHS decision to begin referring family unit adults for prosecution.”

The result is that more than 500 children remain separated from their families to this day.

Without knowing enough about the law, Sessions wrongly told federal prosecutors that prosecutions would be “swift” and “followed by immediate reunification,” even though legal requirements would have made that impossible.

“However, federal law requires DHS to place separated children in the custody of the Department of Health and Human Services’ (HHS) Office of Refugee Resettlement within 72 hours of their apprehension. Completing a prosecution within such a timeline was, in most cases, a practical and legal impossibility, even if a defendant sought to plead guilty and be sentenced immediately,” the inspector general said.

“Indeed, the Southwest border USAOs had reported to DOJ headquarters that prosecuted adults typically remained in DOJ custody for 3 to 7 days and in some districts even longer. Yet, we determined that Department leadership did not take steps, after receiving this information and learning about DHS’s and HHS’s difficulties in identifying the location of separated children, to reconsider their prior assumptions about the ability to immediately reunify separated families.”

Horowitz noted that only Sessions can answer for significant failures to the government’s policy. The House last year passed a bill that would allow the OIG to compel testimony from former officials but it never received a vote in the Senate.