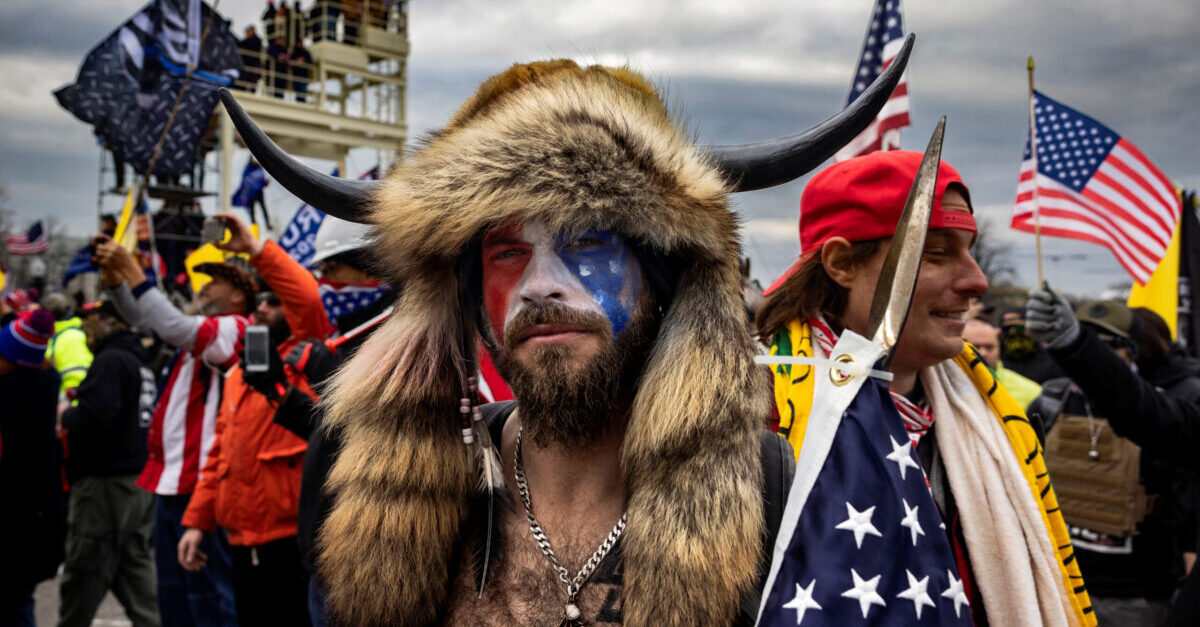 Jacob Anthony Angeli Chansley, known as the ‘QAnon Shaman,’ is seen at the Capital riots. On January 9, Chansley was arrested on federal charges.

“The U.S. Marshal for the District of Columbia has advised the Court that the D.C. Department Of Corrections has requested that defendant be removed from their facility immediately because they are unable to comply with the Court’s February 3, 2021 Order,” wrote Lamberth, a Ronald Reagan appointee. “Defendant has been transported by the U.S. Marshals to the Alexandria Detention Center. The Sheriff there has advised the U.S. Marshal that the Alexandria Detention Center is able and willing to accommodate defendant’s dietary requests.” 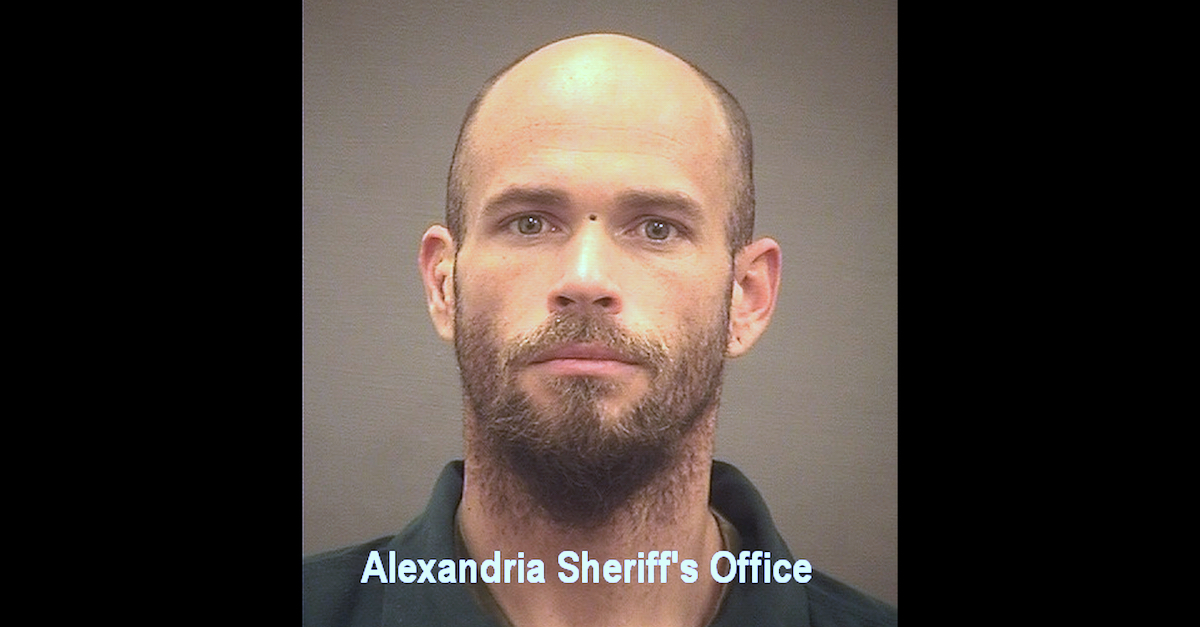 Jacob Chansley, the QAnon Shaman, is seen in a Feb. 4, 2021 mugshot released by the Alexandria, Va. Detention Center.

The judge’s Feb. 3 order referenced above required Chansley to be fed organic food as a result of his religious beliefs in Shamanism. The 11-page document goes to considerable lengths addressing the appropriate legal standards applicable to Chansley’s Free Exercise Clause claims under the First Amendment. The judge rubbished the DOC’s counterargument that Chansley’s request was a burden while ruling in Chansley’s favor on Wednesday:

As the DOC explicitly acknowledged at today’s hearing—and despite its claims about the compelling need to adhere to a uniform diet for prisoners—the DOC provides dietary religious exemptions for both Muslim and Jewish inmates. Its sole rationale for withholding an analogous accommodation for defendant is that his religious views lack “religious merit.” But that derisive language simply underscores the fact that not only is the DOC withholding a religious exemption for defendant that it already grants to other religious prisoners, but that it is doing so simply because defendant belongs to a disfavored sect. Indeed, the DOC could not even marshal a single example at today’s hearing in which it had denied any other dietary religious exemption for lacking “religious merit.” The implication, then, is that if defendant belonged to some other favored sect, he would not have had to seek a federal court order to gain recognition of his religious rights.

The full legal analysis is available in the judge’s 11-page opinion.

Chansley previously wrote to a chaplain with the Washington, D.C. facility seeking to be fed organically. Officials denied his request and subsequent attempts by his attorney, Al Watkins, to intervene — all because officials said they found no evidence that the recognized religion of Shamanism required an organic diet. Officials also said Chansley didn’t properly identify his faith when he was booked into the D.C. facility.

Both Chansley and his attorney told Lamberth that Chansley hadn’t eaten in days. Prison officials basically accused Chansley of lying about his dietary intake in emails Watkins later filed in court on Wednesday.

A federal grand jury indicted Chansley on six counts after he was photographed in and around the U.S. Capitol Complex on Jan. 6.