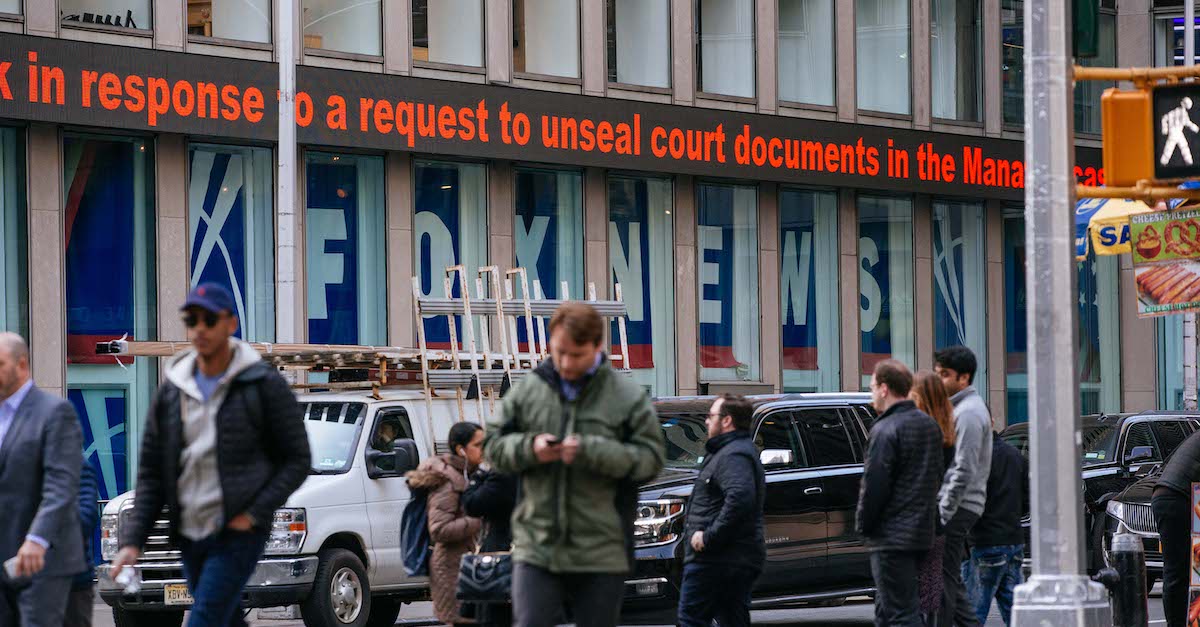 The U.S. Court of Appeals for the Second Circuit just resurrected a case against Fox News, ruling that pushing a false story about Seth Rich’s death could, indeed, amount to committing an actionable tort against Seth’s parents.

In March 2018, the parents of the deceased sued, claiming that Fox News “intentionally exploited this tragedy […] through lies, misrepresentations, and half-truths.” They claimed intentional infliction of emotional distress (IIED) and conspiracy, alleging that the defendants acted “to pursue and develop a fiction that Seth had leaked thousands of DNC emails to WikiLeaks […] painting Joel and Mary’s son as a criminal and a traitor to the United States.” The plaintiffs also claimed that the defendants interfered with a contract they had with investigator Rod Wheeler, who had been looking into Seth’s homicide.

The case proceeded before federal Judge George B. Daniels of the Southern District of New York (SDNY) – but it was dismissed for failure to sufficiently plead the necessary elements of the case. That outcome – a common one for IIED claims – wasn’t shocking. IIED requires an extremely high standard, and even behavior that is opportunistic or egregious might not always rise to the necessary level for legal compensation. Dismissing the case at the trial level, Judge Daniels wrote as follows:

It is understandable that Plaintiffs might feel that their grief and personal loss were taken advantage of, and that the tragic death of their son was exploited for political purposes. However, a general allegation that Defendants had an “agreement to collaborate against” Plaintiffs cannot form the basis for an IIED claim; rather, “specific instances of each individual’s conduct are required.”

Even if the statements in the article had been lies, Daniels ruled, such, “false statements or misrepresentations—even if intentionally made—do not rise to the level of extreme and outrageous conduct.’”

At the time of the dismissal, the attorney for Rich’s parents, Suyash Agrawal, commented to Law&Crime that they had been, “look[ing] forward to vindicating their rights on appeal.” Now, Agrawal’s persistence has been rewarded.

Circuit Judge Guido Calabresi authored the opinion on behalf of the Second Circuit; he recounted the underlying allegations bluntly:

They did this will full knowledge of the harm it would do to Seth’s parents.

Those actions, according to the Second Circuit, did indeed state claims for IIED and other torts.

By the court’s logic, whether we add up the cumulative effect of the defendants’ alleged actions, or whether we acknowledge grieving parents’ particular susceptibility to distress, the outcome is the same: these are allegations of IIED.

Judge Calabresi stated, “We have no trouble concluding that – taking their allegations as true – the Riches plausibly alleged what amounted to a campaign of emotional torture.”

The court’s decision, of course, does not mean that the Rich family wins its case against Fox News and its staffers. It simply means that the case is permitted to proceed to trial. Now, Joel and Mary Rich have the burden of providing evidence to prove what they’ve alleged.  The case will now proceed through discovery and perhaps trial (or more likely, settlement).

A Fox News spokesperson responded to the Friday news.

“The court’s ruling today permits Mr. and Mrs. Rich to proceed with discovery to determine whether there is a factual basis for their claims against FOX News,” the spokesperson told Law&Crime in a statement. “And while we extend the Rich family our deepest condolences for their loss, we believe that discovery will demonstrate that FOX News did not engage in conduct that will support the Riches’ claims. We will be evaluating our next legal steps.”

This ruling comes not long another federal judge ruled Ed Butowsky’s case against NPR and its senior media correspondent, David Folkenflik, could also proceed. In that lawsuit, Butowsky claimed that stories written about his role in spreading the conspiracy theory about Rich’s murder were false and amounted to defamation.

Editor’s note: this story was updated after publication with a statement from a Fox News spox.