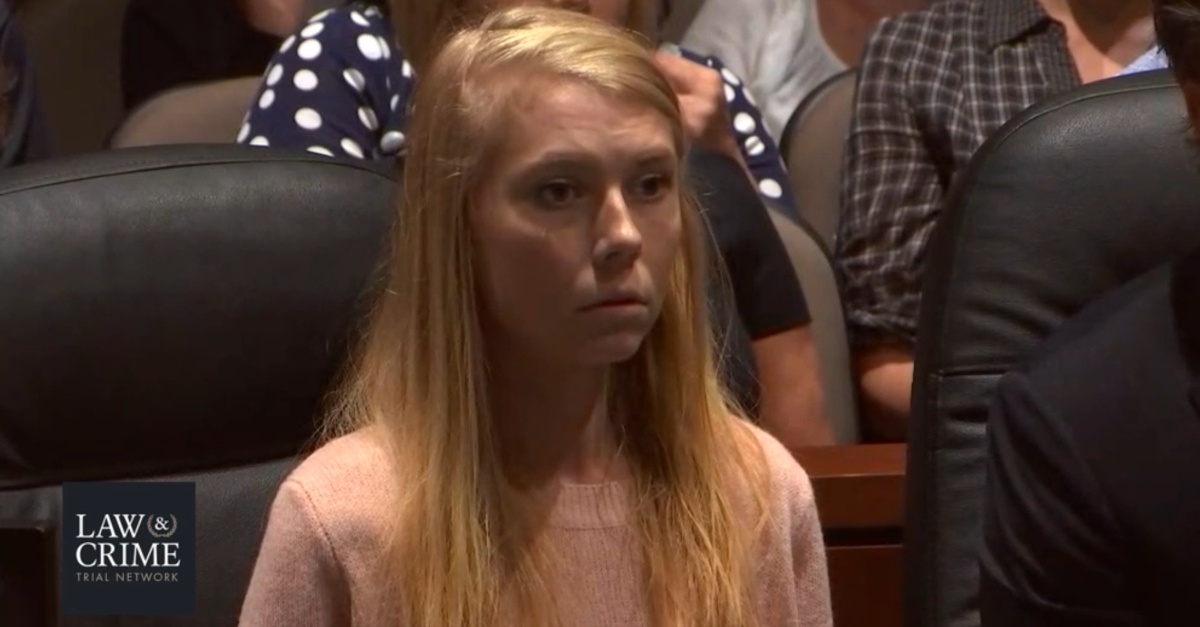 Brooke Skylar Richardson, the 20-year-old Ohio woman convicted for burying her newborn baby girl, was sentenced on Friday to three years of community control. The judge sentenced her to seven days in jail, but credited her for time served. If she violates community control, she would spend 12 months behind bars.

In Ohio, community control is the form of probation.

The defendant was found guilty on Thursday of abuse of a corpse, but was acquitted of the other charges: aggravated murder, involuntary manslaughter, and endangering children.

Prosecutors argued that Richardson, then 18, killed her newborn baby girl to hide the pregnancy from the world. The defense, on the other hand, said Richardson suffered from an eating disorder, and her weight fluctuated her entire life. They said that, for that reason, it wasn’t strange that Richardson didn’t realize she was pregnant until near the end, when she went to an OB/GYN appointment for birth control.

Prosecutors said Richardson hid the pregnancy, even lying to her mother about it. In any case, she gave birth just days after the OB/GYN appointment.

Richardson was only convicted for burying the baby in the backyard. Authorities said she callously moved on with her life, even texting the day after the death that her belly was going back to normal. Others, including police, only learned about the death after Richardson went to an appointment with another doctor the following month, and this doctor asked her about the pregnancy.

Richardson told detectives in an interrogation video that she gave birth while going to the bathroom. Prosecutors said she initially only referred to the baby as “it.” She only came up with a name–Annabelle–after cops got involved, the state said.

The defendant said under questioning that she may have squeezed the baby, and that she attempted to cremate the body. Richardson’s defense said at trial that this was a false confession, and that Annabelle was stillborn.