Teen Accused of Stabbing Tristyn Bailey 114 Times Rocks Back and Forth in Court, Claims ‘Demons’ Are Out to Get Him 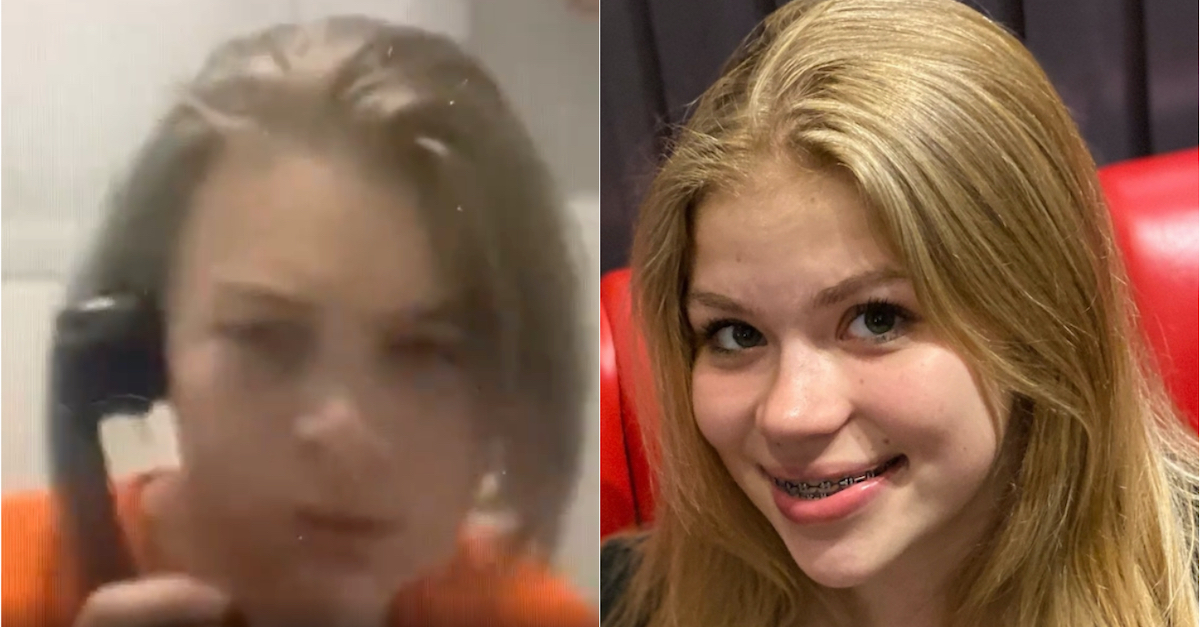 A pre-trial hearing for a teenager accused of stabbing 13-year-old Tristyn Bailey 114 times to her death quickly went off the rails on Wednesday.

Rocking back and forth in his orange prison uniform, young suspect Aiden Fucci appeared to look around distractedly from inside the jail cell where the 14-year-old’s image was being piped in via the court’s Zoom feed.

“Why am I here?” Fucci could be heard asking, according to snippets broadcast by the Jacksonville, Florida-based TV station WTLV. “I just want to talk to my mom and dad. What’s going on?”

At another point, Fucci added: “I won’t let you demons take my soul.”

"I won't let you demons take my soul": A seemingly distraught Aiden Fucci speaking in a virtual court appearance from jail @FCN2go pic.twitter.com/SFsRxS40cb

Then, the video cut off, and court abruptly ended.

The Florida 14-year-old is being tried as an adult for allegedly murdering Bailey in the early morning hours of May 9, 2021. The death penalty, however, is not on the table. Fucci’s mother, Crystal Smith, was subsequently charged with destroying evidence in the case.

The medical examiner’s report found that Bailey was stabbed to death in a homicide.

“It has now been determined by Chief Medical Examiner Dr. Predrag Bulic that the cause of death is sharp force trauma by stabbing,” St. Johns County Sheriff Robert A. Hardwick’s office wrote in a press release. “The manner of death is homicide.”

This is not Fucci’s first emotional court appearance.

On May 11, the teenager appeared to fight back tears during his initial court appearance. Fucci said little as the judge informed him of his constitutional rights and consulted about his private defense attorney. Technical difficulties also dogged the prior hearing for several minutes.

Following his arrest, Fucci appeared to post a selfie of himself on social media with a caption that seemed to mock Bailey’s disappearance.

Florida authorities have released videos of accused teen murderer Aiden Fucci in the back of a police car after Tristyn Bailey, 13, was stabbed to death.

Authorities say that Fucci told shifting stories about what happened. In one version, the teenager claimed that he and Bailey “got into an altercation after Tristyn grabbed his penis.”

“Aiden stated he forcefully pushed Tristyn to the ground, which caused her to strike her head,” the documents say.

Fucci told a different story to a detective, claiming hypothetically Bailey “could be with a drug dealer who is in his twenties that she communicates with through Snapchat,” according to court documents. Floating another theory, Fucci suggested that Bailey “could be on a path by the north amenities center known for teenage drug use.”

According to court documents, detectives initially suspected that Bailey may have been involved in “illegal activity,” but they eventually found nothing more than graffiti.

Aaron Keller and Colin Kalmbacher contributed to this report.