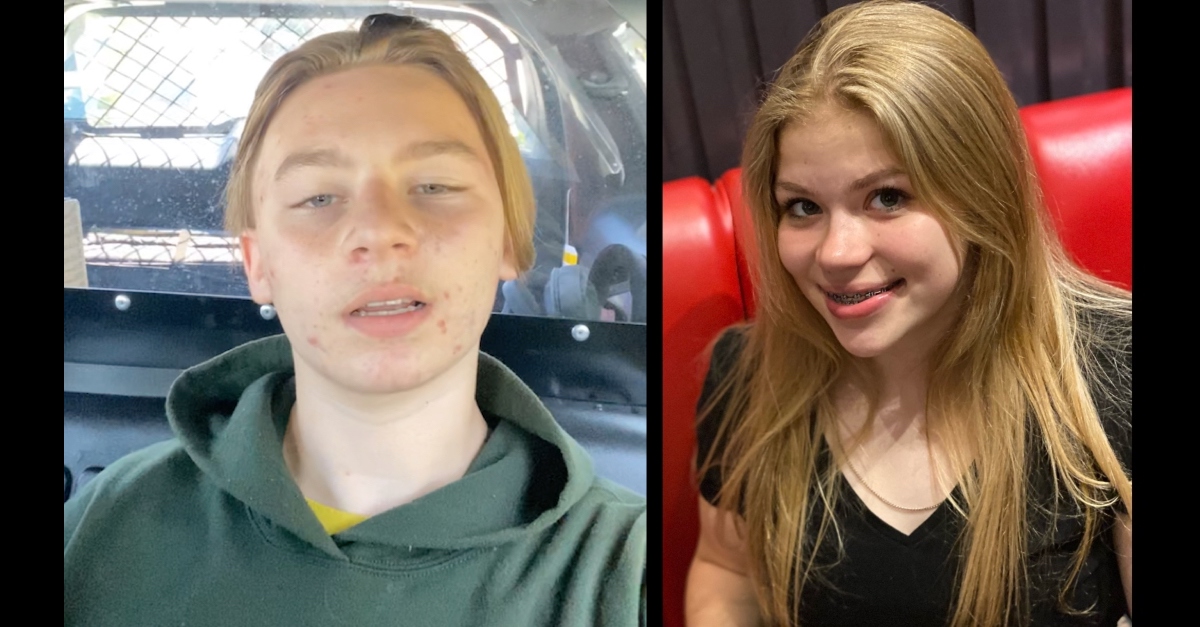 Florida authorities have released a portion of a trove of video evidence in the cases against accused teen murderer Aiden Fucci and his mother Crystal Smith. Fucci, 14, is accused of murdering Tristyn Bailey, 13, by stabbing her 114 times. His mother is accused of helping get rid of evidence of her son’s alleged crime.

Bailey’s body was discovered about 80 feet off the southern end of a retention pond at 4286 Racetrack Road in St. Johns, Fla., according to police reports and court documents. Fucci is charged as an adult with first-degree murder, court records indicate. The death penalty is not a possible sentence because of Fucci’s age, a judge recently noted.

The newly released recordings, which have long been discussed in summaries contained in police documents and court records, show what the authorities say is a neighborhood surveillance recording of Fucci and Bailey walking together shortly before Bailey died. They are among many area surveillance videos obtained by the police from private homes and from a neighborhood amenities center after a police canvasing of the locale for information and evidence pertaining to any movements in the area in the hours leading up to Bailey’s death. Not all of the recordings referenced in the police documents have been released under Florida’s open records laws.

One of the recordings shows two people alleged to be Fucci and Bailey walking past several homes via a sidewalk which runs parallel to a street. The image appears to be the same one referenced in official documents as having been recorded on Saddlestone Drive in St. Johns, Florida, at 1:46 a.m. on Sunday, May 9, 2021. 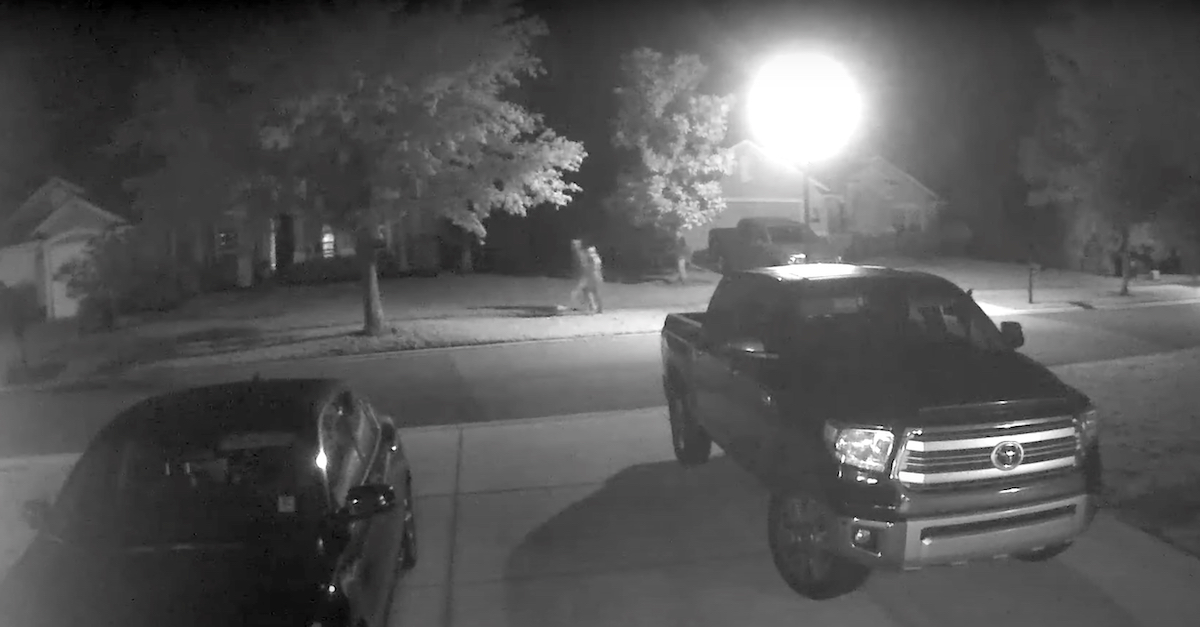 The same camera later allegedly captured Fucci running from the scene where he’s accused of killing Bailey. Fucci appears as a ghostlike image in the night-vision-style footage due to the slow shutter speed of the camera given the low lighting conditions at the time. The video which allegedly shows Fucci running appears to have been recorded at 3:27 a.m. on Sunday, May 9, according to an explanation of the various footage contained within police documents and court records. As the police reports explain:

The next video depicted one subject, appearing to be the taller subject, wearing a light colored hooded sweatshirt, running west along the sidewalk of Saddlestone Drive at approximately 0327 hours. The video system was also equipped with audio and the sounds of the subject’s feet hitting the pavement while running were clear. Additionally, the subject appeared to be carrying something in his right hand; however, the video footage appeared blurry and the carried item could not be positively identified. Based on the video previously obtained from [a nearby address on] Saddlestone Drive, and the subject and timeline appearing to be consistent, it was reasonably presumed the carried item observed in this video footage was the white shoes with the black “Nike” swoosh. 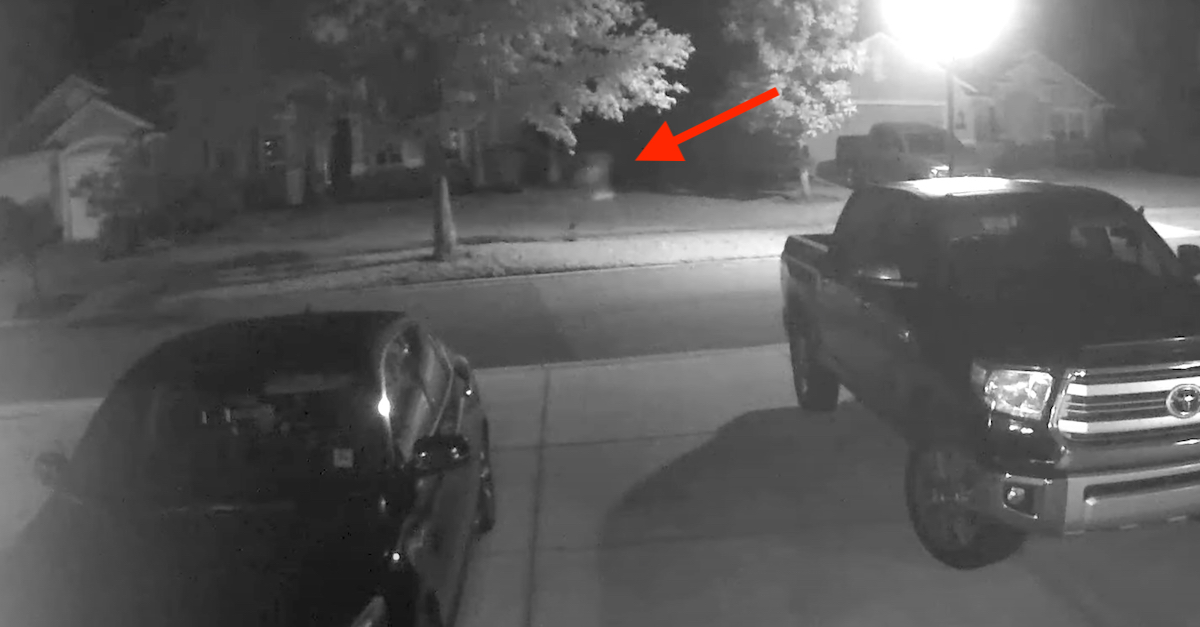 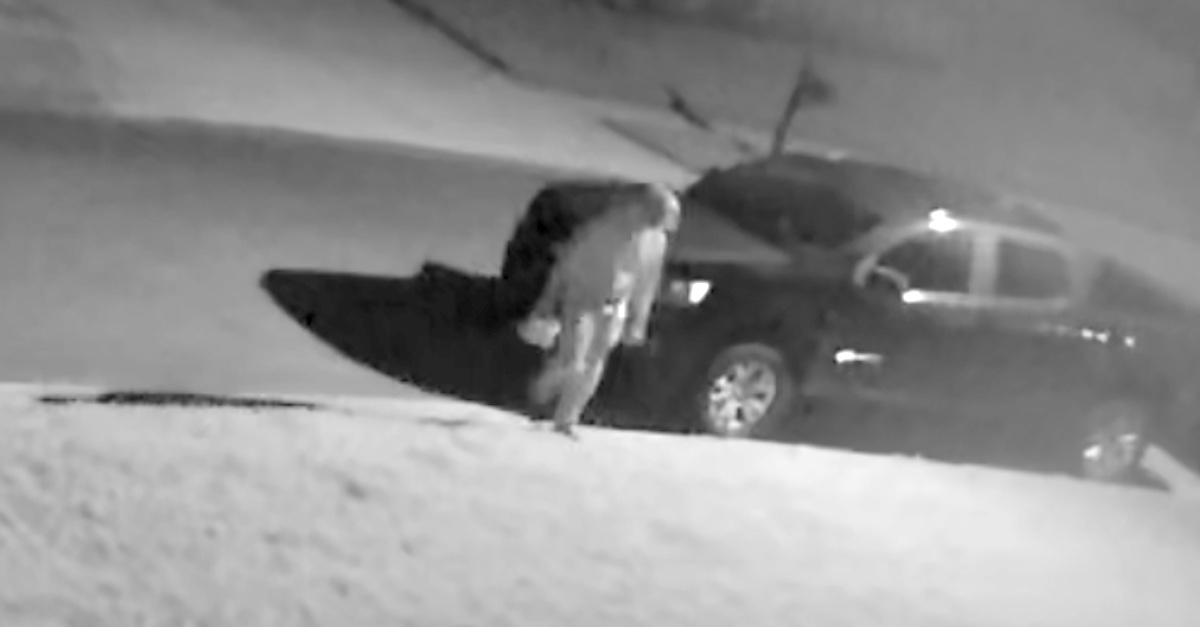 Additional images show Fucci approaching and entering his front door carrying his shoes at about 3:32 a.m. According to court documents, Fucci eventually admitted that he is the person seen in the footage recorded outside his own house. 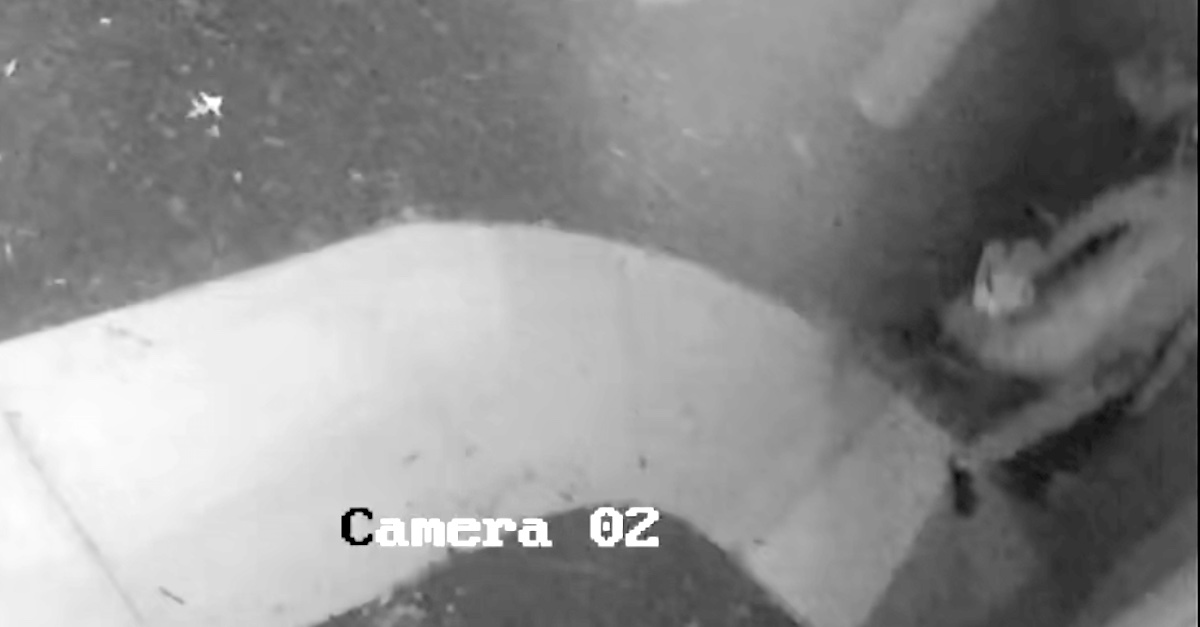 “We saw your shoes were off on the camera,” they queried the alleged killer during an interview. “Why were your shoes off?”

“Because my feet were hurting,” Fucci replied. “And those shoes give me blisters.” 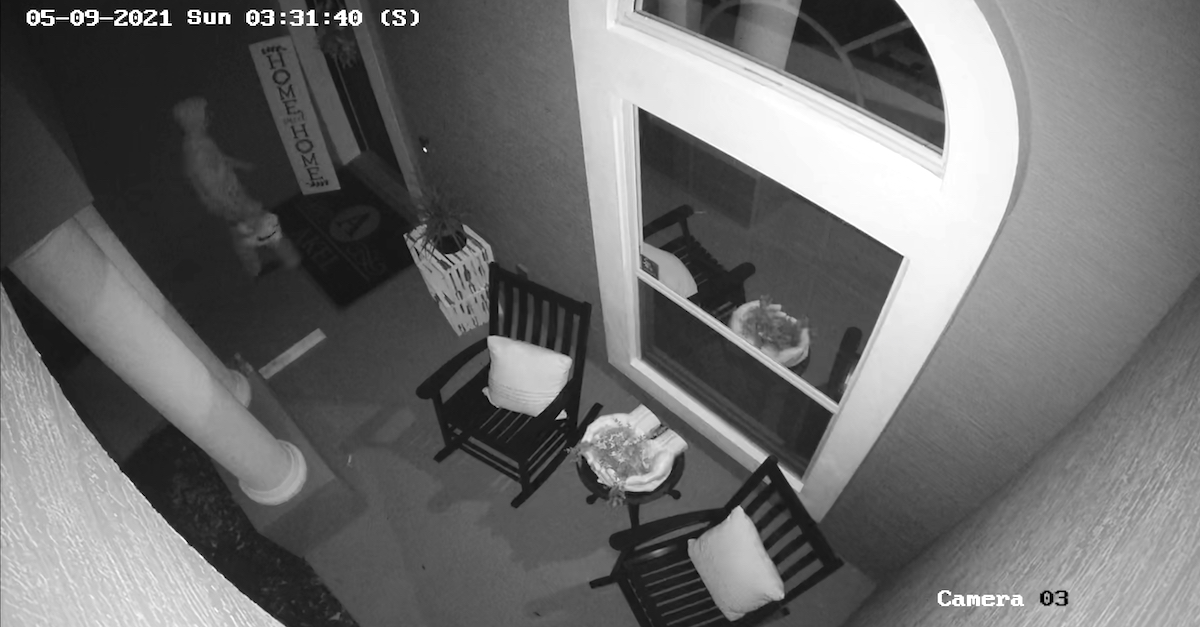 When investigators eventually searched the home, they discovered “[o]ne pair of wet white ‘Nike’ brand high-top athletic shoes with possible blood, located between the dresser and the west closet wall of Aiden’s bedroom,” court documents indicate. “The possible blood was tested, which yielded a positive result for the presence of blood.” 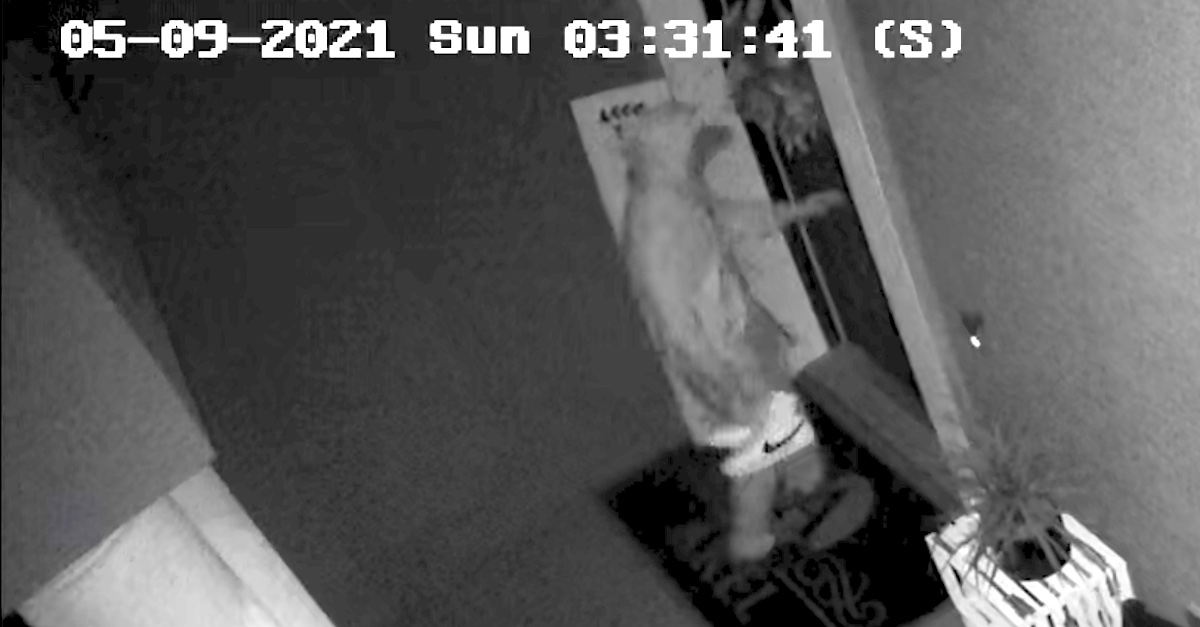 The same cache of court papers also the shoes were later sent to a laboratory operated by the Florida Department of Law Enforcement in Jacksonville for further testing. 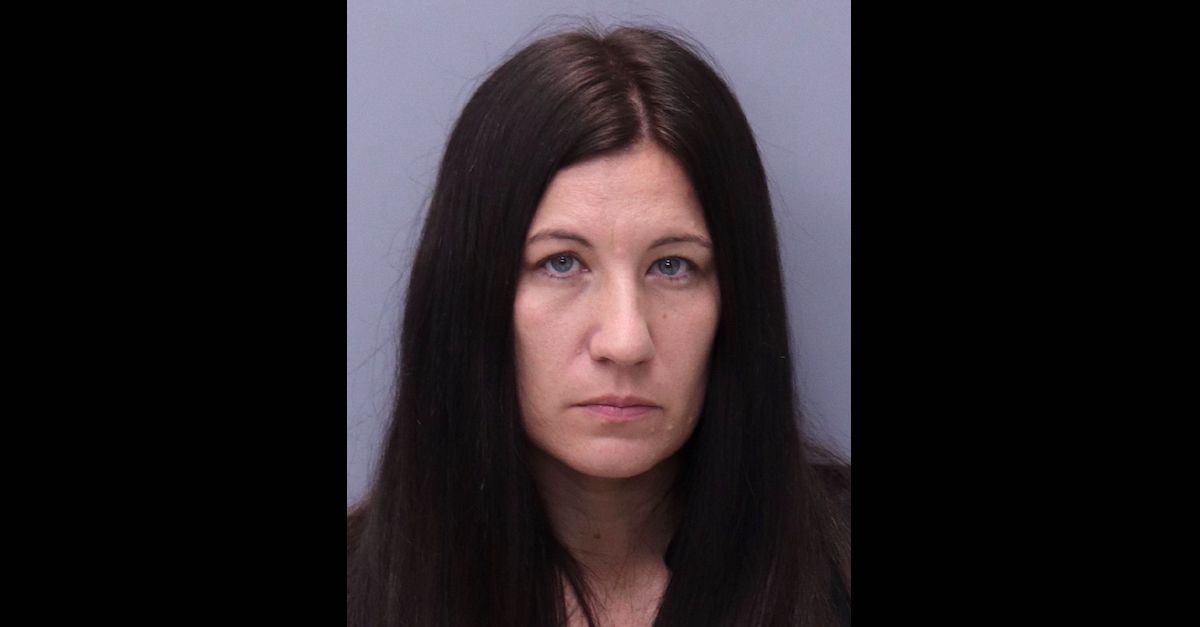 It’s long been alleged that Fucci’s mother, Crystal Smith, washed Fucci’s jeans after warning her son they may contain evidence of Bailey’s death. A Law&Crime previously reported in detail, the conversation between mother and son about the jeans and other concomitant matters was captured by a jailhouse surveillance system.

One of the videos released by the authorities allegedly shows Smith in the act of washing those jeans. She’s visible in the upper right-hand corner of the recording through a doorway. The image predominantly shows a room strewn haphazardly with a child’s toys. 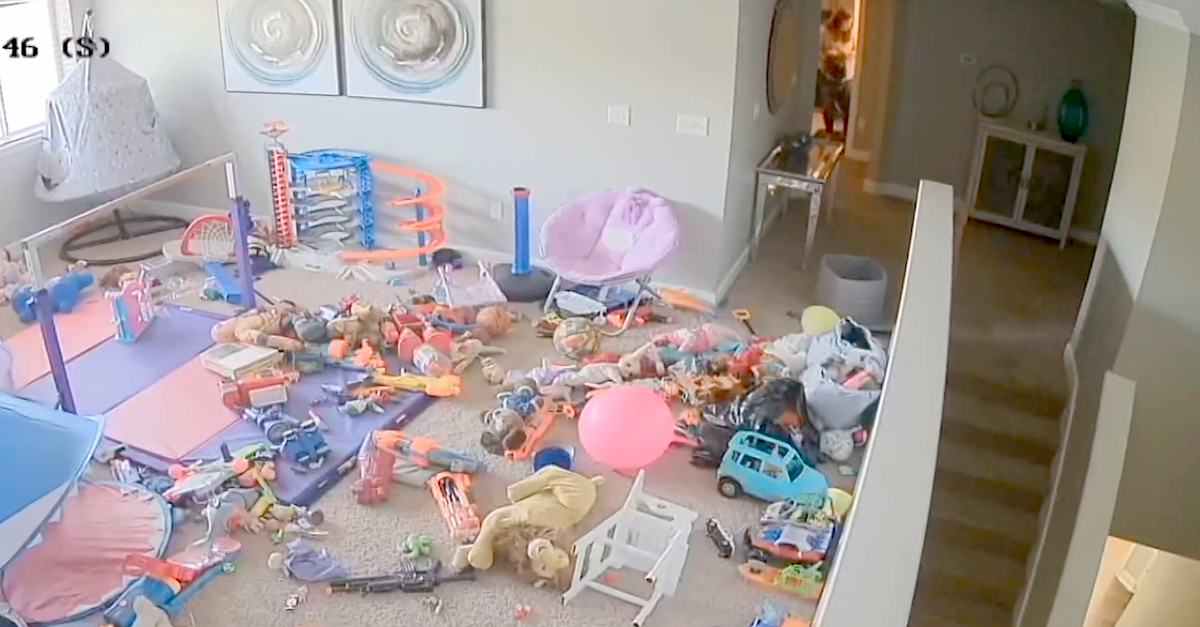 According to a witness interviewed by the police, Smith admitted to the witness that she washed the jeans and even asked the witness to inspect them to see if anything incriminating might be visible. The witness reported to the police that a “yellow line on the rear pocket” was somewhat visible and that Smith was terrified “because she did not know if there was blood on them or not.” The witness allegedly told Smith that she (Smith) could get into trouble for washing the jeans. 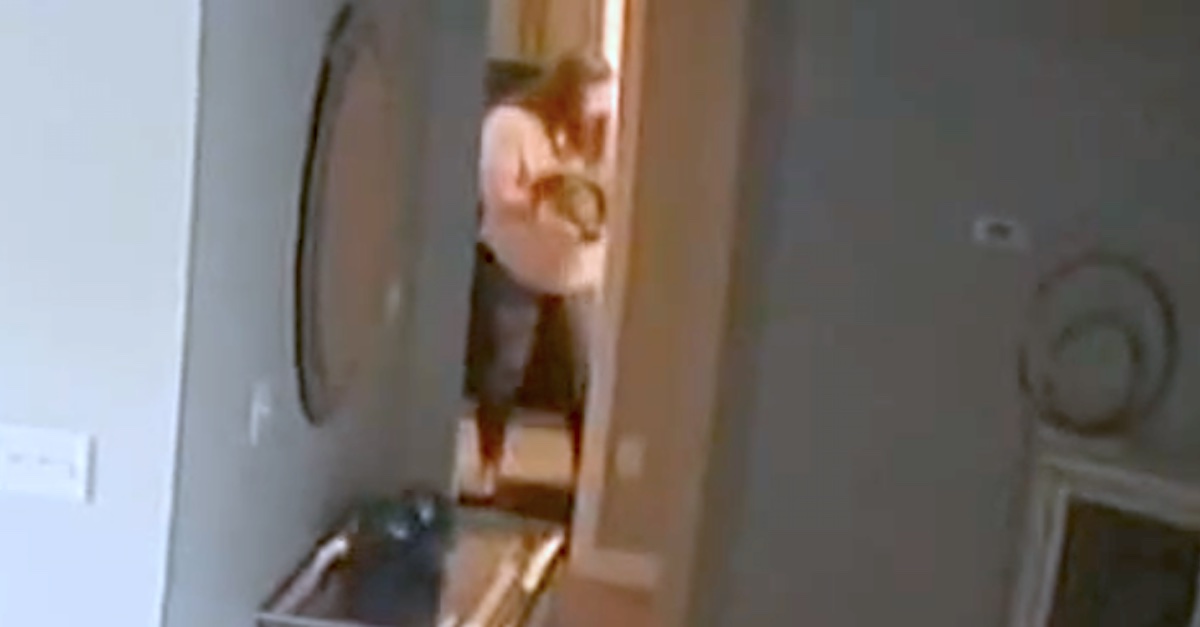 Among the videos released by prosecutors are several self-recorded clips which portray Fucci in the back of a police squad car.

Florida authorities have released videos of accused teen murderer Aiden Fucci in the back of a police car after Tristyn Bailey, 13, was stabbed to death.

One nine-second video shows Fucci and another person saying they were “having fun in a fucking cop car.”

“Tristyn . . . if you fucking . . . walk out the damn . . . ” Fucci says before the clip cuts off. The person with Fucci appears to also utter something about Bailey — who was dead by then — potentially seeing “this little montage.” 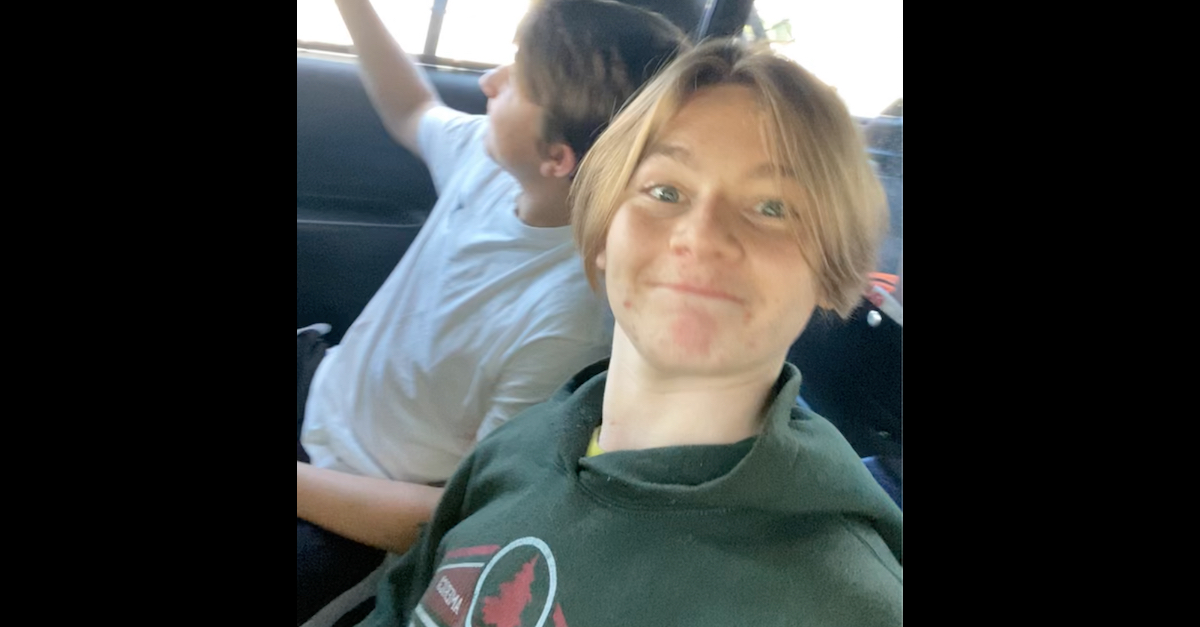 Both Fucci and the other person with him appeared to be recording selfie videos.

In another brief four-second-long clip, Fucci complains that he’s stuck “in a fucking cop car.” 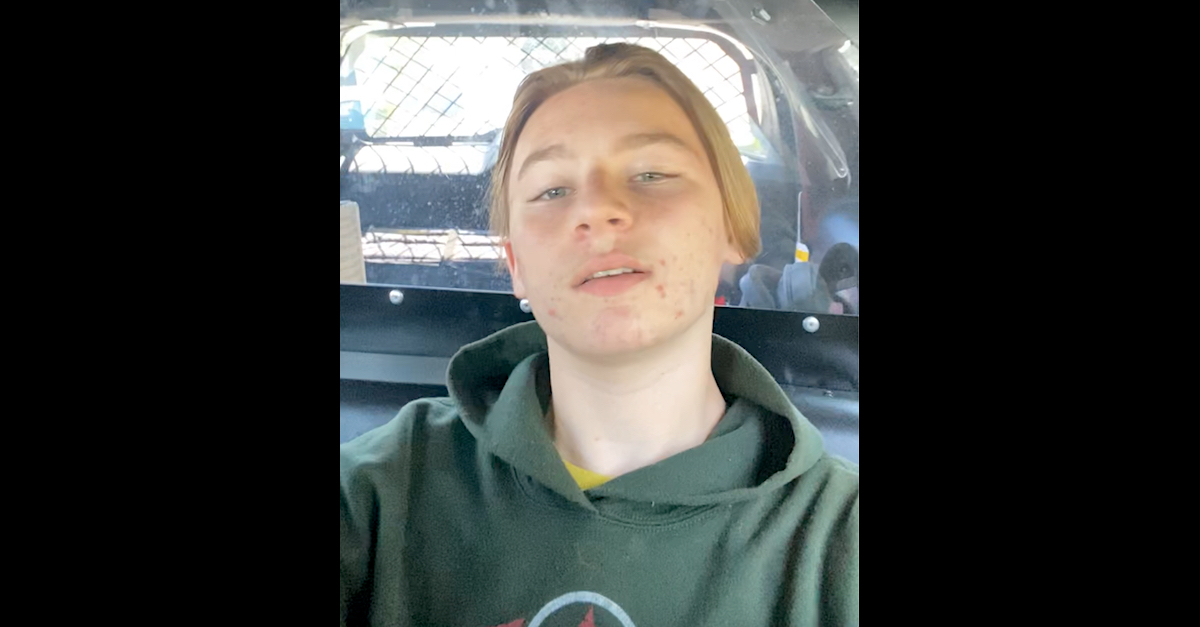 The person with Fucci — likely Doffis “Tre” Absher II, according to court documents — commented in a third video that there was a “fucking assault rifle in this bitch” (referring to the cop car). 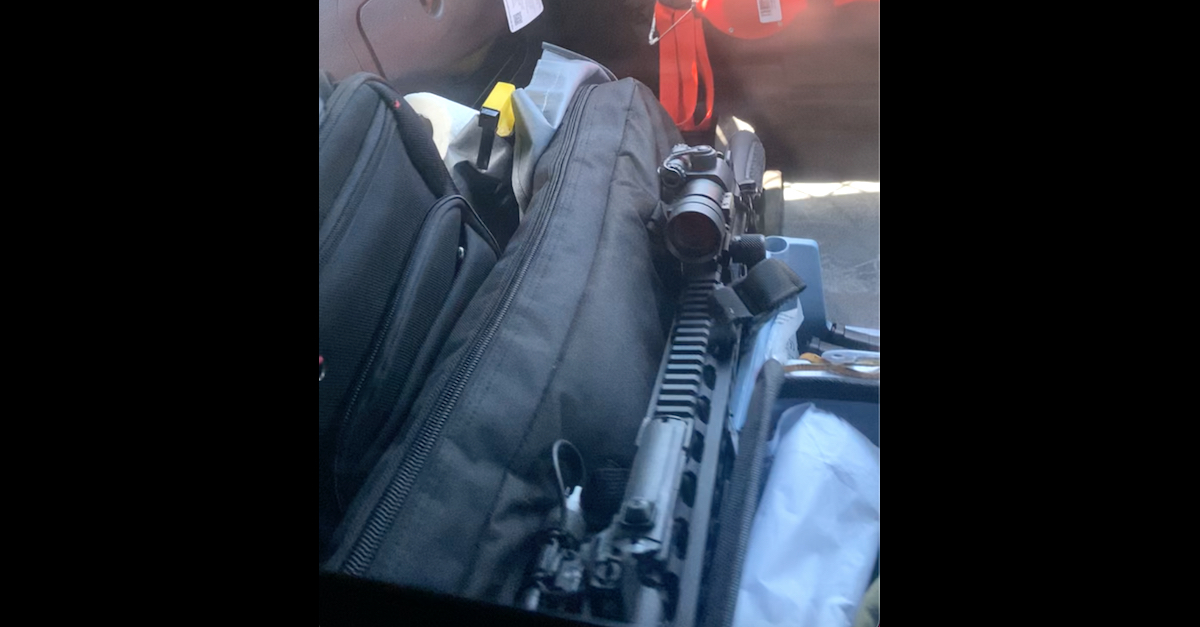 He also said there were “God damn . . . fucking — like — flash bangs and shit back there” in reference to the rear of the police car.

According to court records, Absher told the authorities that he was hanging out with Bailey the night she died. He said Bailey left with Fucci around 1:10 a.m. Authorities believe Bailey was killed between 1:46 a.m. and 3:27 a.m. given the times provided by the surveillance videos referenced above.

Authorities believe Bailey last used her phone to send a text message at 10:51 p.m. on May 8, 2021, well before Absher said she left with Fucci at about 1:10 a.m. on May 9.  Various neighborhood surveillance videos placed individuals believed to be Fucci and Bailey together starting at about 1:14 a.m., according to court records.

Read some of the court file here.

[Screen shots of videos via the 7th Judicial Circuit State Attorney’s Office; other images as noted.]