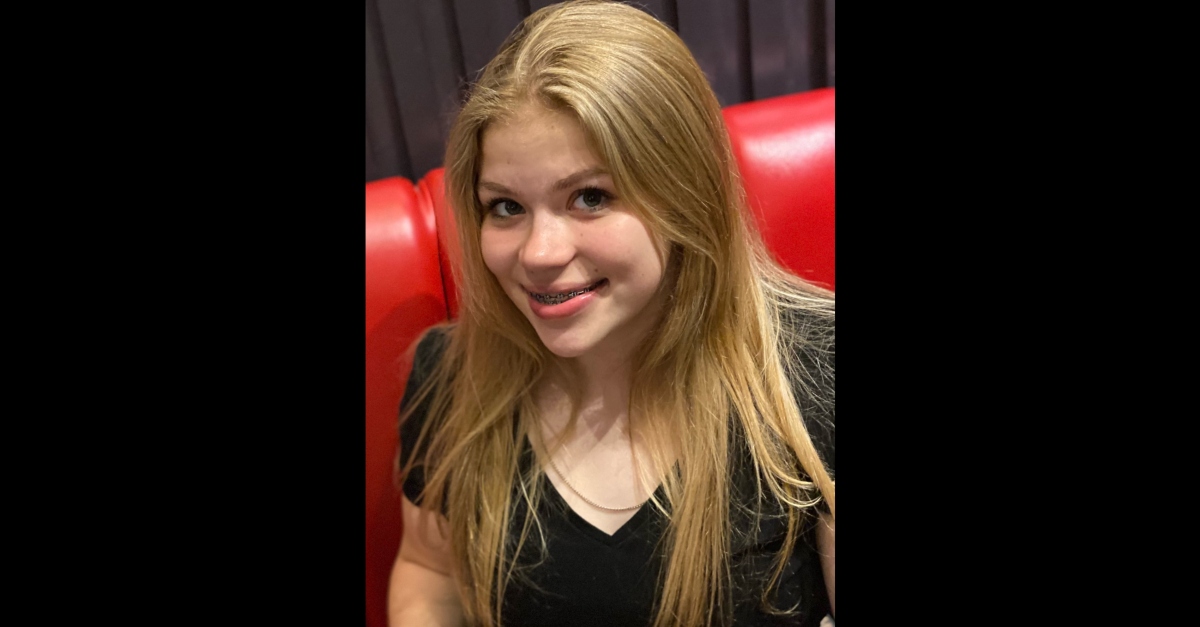 Tristyn Bailey was stabbed no fewer than 114 times by her assailant even as she lay dying — and knew she would die — earlier this month.  That’s according to Florida’s Seventh Judicial District State Attorney R.J. Larizza, who on Thursday offered harrowing new details about the brutal alleged murder and final moments in the life of the 13-year-old Florida girl.

Alleged killer Aiden Fucci, 14, was charged with first-degree murder earlier on Thursday after previously being arrested and held on second-degree murder charges in early May. During a late afternoon press conference, Larizza preemptively defended his office’s decision to charge the barely teenage defendant as an adult.

MORE: 14-Year-Old Aiden Fucci Will Be Tried as an Adult on First Degree Murder Charges Over Death of 13-Year-Old Tristyn Bailey

“It was not [a] difficult decision to make that he should be charged as an adult,” Larizza said. “It’s a sad decision. And a sad state of affairs. But it was clear to us after we looked at what happened that it was not only appropriate to charge the defendant as an adult, but it was really the only choice that we could make.”

The form and ferocity of the attack on the innocent Bailey figured prominently in the charging decision, authorities say. 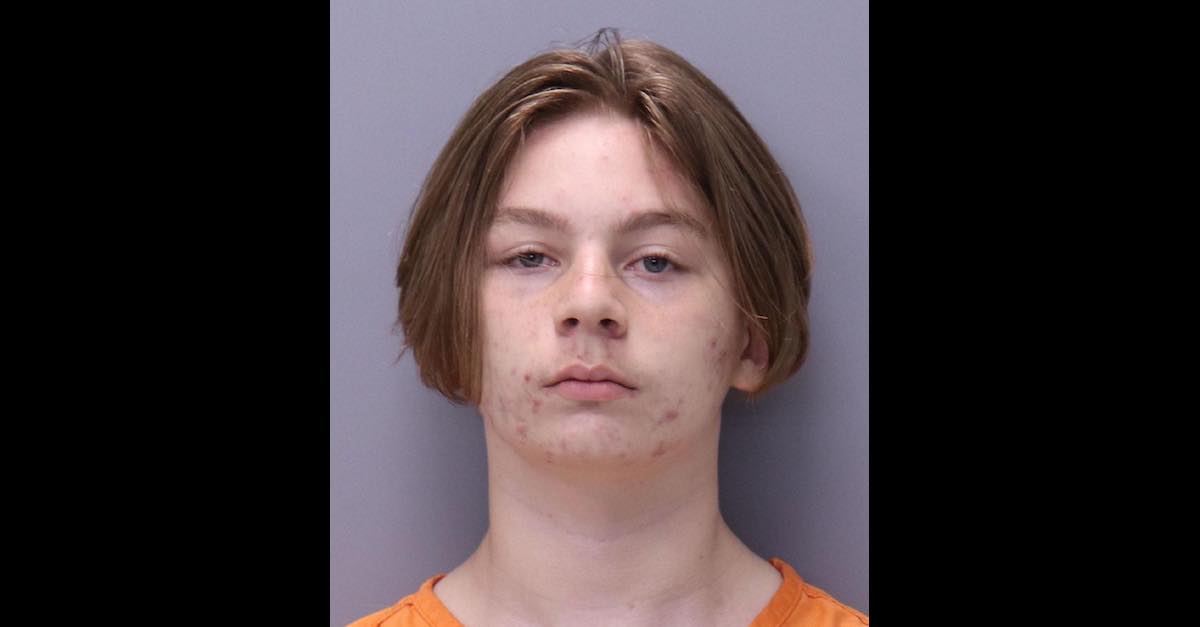 Aiden Fucci is seen in a jail mugshot.

“There were 114 stab wounds,” Larizza told reporters. “One hundred and fourteen. At least 49 of those stab wounds were to the hands, arms and the head and were defensive in nature. The bottom line is that premeditation could be inferred, certainly, from just the sheer number of stab wounds that Tristyn Bailey had to suffer.”

The state’s attorney also made pains to explain how investigators came to believe that Bailey’s death was pre-planned. Larizza cited a series of chilling threats attributed to Fucci:

The defendant made statements to several people that he intended to kill someone. He didn’t say who that was. But he indicated to witnesses that he was going to kill someone by taking them in the woods and stabbing them–which are certainly the facts of this case.

Authorities say Fucci regularly carried a knife that was eventually located in the pond near where Bailey’s body was found. Citing the medical examiner’s report, Larizza explained that the tip of Fucci’s knife, which had been broken off, was discovered in Bailey’s scalp.

“The statements that the defendant made to his friends made it clear that he was considering a homicide,” Larizza said, adding that he was disturbed because none of those prior alleged statements were ever reported or taken seriously by those who heard them.

Larizza also said that the wounds throughout Bailey’s body were consistent with the Bowie style of knife in question, alleging that witnesses have identified that knife as having belonged to Fucci.

Pressing his belief that the state’s case is rock-solid, Larizza said Fucci’s DNA was discovered on Bailey’s body. The girl’s DNA was found on the knife blade and on a pair of shoes and a t-shirt found in Fucci’s bedroom. The clothing and shoes are believed to belong to the defendant.

“To say that it was ‘horrific’ could arguably be made as an understatement,” the state’s attorney noted at one point.

During a lengthy question-and-answer session, a reporter on the scene said there was a rumor that Fucci had intended to lure other girls into the woods and kill them. Larizza said that authorities had no information about that but reiterated his office’s belief that the suspect “had told friends that he was going to kill someone and that it was imminent within the next 30 days or within the month.”

“This could have simply been a case of the wrong place at the wrong time,” Larizza added — acceding to the idea that Fucci may not have intended for Bailey, in particular, to be his eventual and specific victim but that the defendant may have simply took advantage of the 13-year-old being in his line of sight when the urge to kill finally took control. The prosecutor also said that there are currently many cooperating witnesses but declined to elaborate further.

“Earlier today, a grand jury convened and unanimously indicted Aiden Fucci for first-degree murder,” St. Johns County Sheriff Robert Hardwick said in a statement provided to Law&Crime. “The St. Johns County Sheriff’s Office fully supports this decision. This indictment today represents only the first step in a very long and difficult process. We remain confident in the strength and thoroughness of the investigation and will be fully prepared to present all of the facts and evidence to a jury at the appropriate time.”

Fucci will not be staying in Volusia County, Larizza said during the press conference when asked a question about where the defendant will be held before trial after he’s transferred from the juvenile detention facility where he currently resides.

Larizza also noted that juveniles in Florida are held away from the general adult population in jails and prisons in Florida even if and when they have been charged as an adult.

A decision on the date of the defendant’s first court appearance as an adult could be made as soon as this evening.

Bailey’s family released a statement in response to the additional charges against Fucci late Thursday.  That statement is reproduced in full below:

We appreciate that today’s outcome is directly the result of the thorough and comprehensive work from the St. Johns County Sheriff’s Office along with the 7th District State Attorney’s office as part of the initial steps to bring justice for Tristyn’s murder. We would specifically like to recognize the Criminal Investigations Unit of the SJSO.

We greatly appreciate the tremendous community outpouring from all parts of the world. Particularly for those in St. Johns that have helped from the Mother’s Day search, the vigils, remembrances and memorials. With the press conference sharing details of this heinous crime, the caring and love shown from the people and businesses to raise up the memory of Tristyn and the resolve of our community serve as a beacon of light in the darkness. As shared in the Celebration of Life on the battle of the two wolves, it helps us to feed the good wolf.

We also would like to thank the Jacksonville media for respecting our privacy while we mourn the loss of Tristyn. A special thanks to News4Jax for livestreaming the Celebration of Life to enable people globally to observe the service. We do ask for your continued respect for our privacy as well as of Tristyn’s teammates and her school.

As we move forward, we will seek to keep Tristyn’s memory alive and the spirit of the community.