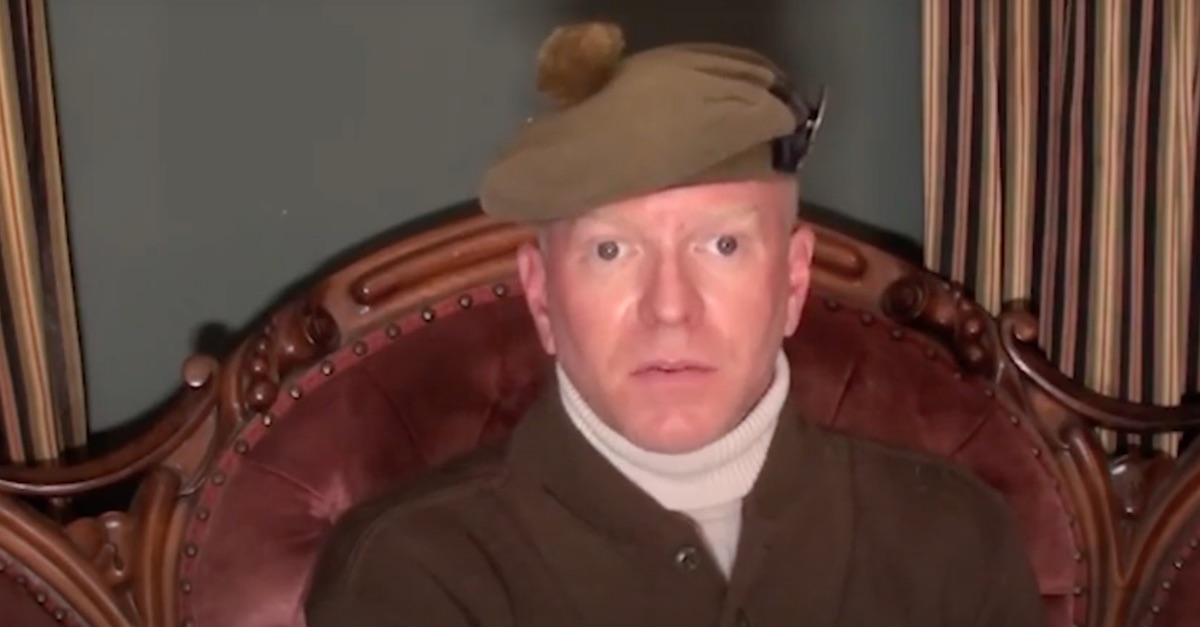 A federal court in Florida has dismissed a defamation lawsuit filed against Twitter by the Delaware computer repairman who briefly captured national attention during the Hunter Biden laptop story. The lawsuit was dismissed with prejudice, meaning it cannot be filed again, and the plaintiff was ordered to pay Twitter’s attorneys’ fees.

John Paul Mac Isaac sued the technology giant (and a wholly-owned subsidiary) in February. He argued that Twitter’s decision to lock The New York Post‘s account while Post staffers “attempted to post and disseminate its exposé [about the lurid contents of the laptop] on the social media platform” was akin to calling him a hacker because Twitter cited its rationale for the time-limited ban as a violation of Twitter’s rules against “distribution of hacked material.”

“Further actions taken by Defendant Twitter in response to the NY Posts’s story included limiting the distribution of the story by others on its social media platform pursuant to the same policy thereby spreading the belief among its users, including Florida resident users, that the Plaintiffs is a hacker,” the lawsuit, filed with the U.S. District Court for the Southern District of Florida, alleged.

In addition to those banning and blocking actions, Twitter issued a series of high-profile tweets about its decision to limit access to the Post‘s Biden laptop article–which was based on interactions Mac Isaac had with Rudy Giuliani’s then-attorney Robert Costello.

“According to [Mac Isaac], Twitter’s explanations notified its users that the materials contained in the NY Post article violated its Hacked Materials Policy, thereby spreading the false belief that [Mac Isaac] is a hacker,” the Southern District of Florida explains. “As a result of [Twitter’s] conduct, [Mac Isaac] received threats to his person and property, and was forced to close his business.”

Mac Isaac asserted a single claim of defamation per se–a permutation of the basic defamation tort which, under Florida law, also requires that the alleged defamatory statement(s) in question be of a “character when, ‘considered alone without innuendo,’ they contain (1) charges that a person has committed an infamous crime, or (2) has contracted an infectious disease, or (3) they carry statements tending to subject a person to hatred, distrust, ridicule, contempt or disgrace, or (4) to injure a person in his trade or profession.”

Specifically, Mac Isaac claimed that by invoking the “hacked materials” prohibition in relationship to the Post‘s story, Twitter, in the court’s words, “created the belief among members of the community that [Isaac]: (1) committed a crime— hacking; (2) was subject to hatred, ridicule, contempt, or disgrace—threats of harm and negative business reviews; and (3) was injured to his trade or business as a result—closed his business.”

The court ruled in Twitter’s favor and granted their motion to dismiss the case because none of Twitter’s explanations identified Mac Isaac.

Here, not even the Post story explicitly identified the computer repairman–he only became the subject of public attention because the exposé contained a photograph of his computer repair shop and people later figured out who the owner of the business was.

“[W]hile the Amended Complaint alleges that the NY Post ‘published a photo of the Repair Authorization . . . without blurring the business name thereby notifying the public where Biden had dropped off his laptop[,]’ the explanations did not include the subject photo,” the court noted. “Nor did the explanations mention [Mac Isaac], the Mac Shop, or provide any other descriptive information identifying [Mac Isaac] as a purported ‘hacker.'”

Mac Isaac himself conceded the points ultimately used to defeat his lawsuit by arguing that Twitter’s explanations for the ban “should not be evaluated in a vacuum and extrinsic evidence such as the NY Post article should be considered in order to show that the [explanations] were referring to [Mac Isaac] as a ‘hacker’ and/or the source of the confidential information.”

But the court rejected that because Florida law rejects the admissibility of extrinsic evidence in defamation per se lawsuits.

“Thus, because [Mac Isaac] has asserted a claim for defamation per se, looking outside the four corners of the explanations to show that ‘the person defamed is plaintiff’ would run afoul the very nature of a per se action,” U.S. District Judge Beth Bloom concluded.

Courts in the Sunshine State have previously found their homegrown anti-SLAPP statute “is a garden variety fee shifting provision, which the Florida legislature enacted to accomplish a ‘fundamental state policy’— deterring SLAPP suits.”

With minimal analysis, the court found that since Mac Isaac’s lawsuit was without merit and because it was aimed at Twitter’s First Amendment right to moderate its own content, Twitter “is entitled to an award of attorneys’ fees and costs under Florida’s anti-SLAPP statute.”

This is technically the second loss for Mac Isaac.

He previously sued Twitter for substantially the same reasons late last year but the court dismissed his original lawsuit without prejudice the same day it was filed because he had failed to sufficiently plead in line with the Federal Rules of Civil Procedure. The second lawsuit sufficiently amended those issues but was lost on the merits.