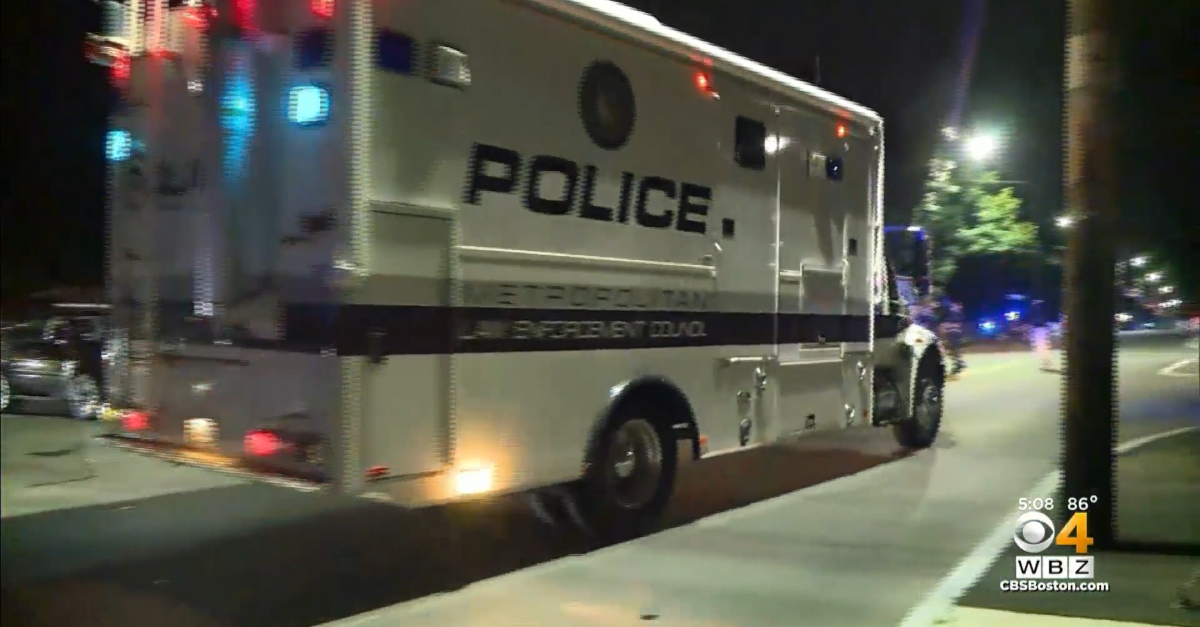 Marital tensions and unsubstantiated claims about a stalker prefaced a man murdering his wife, say authorities. Edmund Silveira, 86, shot Dianne Silveira, 71, in the face and shoulder, then slashed himself with a knife, according to authorities in Bristol County, Massachusetts.

Cops said he committed the crime right before 9 p.m. on Sunday, according to WBZ. First responders took Silveira to Morton Hospital but later pronounced her dead, officials said.

According to investigators, Edmund Silveira ran into the home. SWAT went to the scene, and a tactical robot discovered the 86-year-old suspect unconscious with apparently self-inflicted knife wounds to his wrist and neck. Authorities took him to Rhode Island Hospital. He initially faced a count of assault and battery by means of a firearm, but officials bumped that up to murder Tuesday, according to WBZ. Silveira was arraigned in Providence, Rhode Island not for the murder but as a fugitive from justice, where his attorney reportedly voiced worries about Silveira’s competence. Silveira remains in the Ocean State and is scheduled for a court date on Sept. 9.

Available information shows apparently mixed signals on the Silveiras’ home life. On the one hand, neighbors reportedly said the couple was close.

“They were always together,” said Peter Menarc.

Judging by a March 19 report, however, that might have been a problem. Cops said that Dianne Silveira left the home and claimed her husband was controlling.

“Ed is just not okay,” she said in the police account reported by The Boston Globe. “He doesn’t even let me leave to go out for walks nor let me use cellphone because he thinks I’m trying to meet another guy.”

Edmund Silveira, who police described as “alert and oriented” and not requiring a psych evaluation, claimed a man had been stalking his wife for five years. Silveira voiced concern that this individual was going to steal her away.

“I don’t restrict her from anything,” he allegedly said.