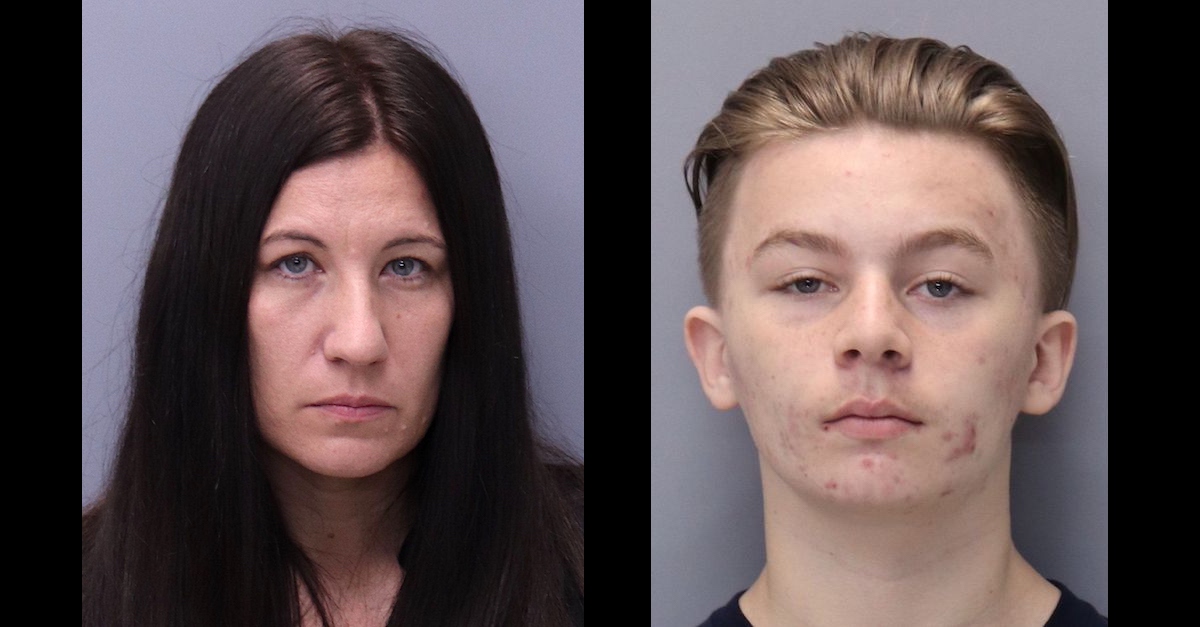 The mother of alleged teen killer Aiden Fucci surrendered herself to the authorities early Saturday afternoon on a charge of evidence tampering, the St. Johns County, Fla. Sheriff’s Office announced.

County Sheriff Robert A. Hardwick said the charges against Smith were related to the alleged murder of Tristyn Bailey, 13, who authorities said was stabbed 114 times by Fucci. Fucci, 14, is charged as an adult with first-degree murder. However, because of his age, he is not eligible for the death penalty. 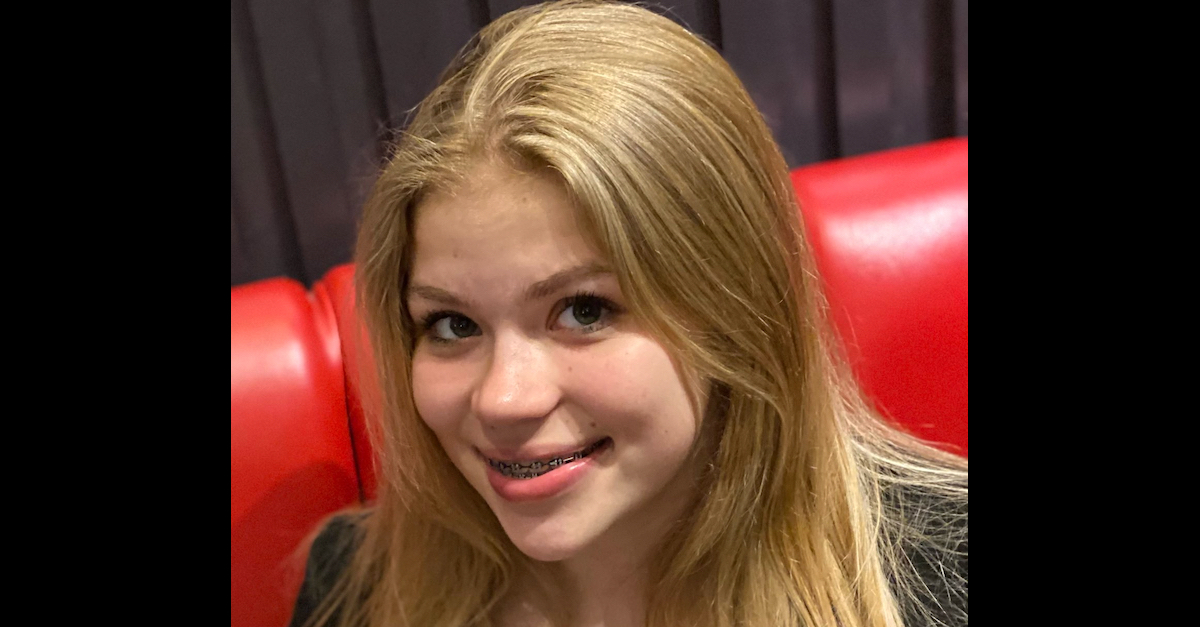 “I remain incredibly proud of the men and women of the St. Johns County Sheriff’s Office for their continued thoroughness in this investigation,” Hardwick said in a statement. “Our goal in any investigation is to ensure proper accountability across the board for successful prosecution. Crystal Smith will be held responsible for her role in this case and justice will be served for Tristyn Bailey and her family.”

“[T]ampering with evidence is tampering with justice and cannot be excused or tolerated,” State Attorney R. J. Larizza said in a statement provided to Law&Crime.

According to an arrest warrant sought by the sheriff’s office and signed by a judge on Friday, Smith was captured on her own home surveillance cameras cleaning her son’s jeans between 12:55 p.m. and 1:28 p.m. on May 9, 2021.  Both the jeans and a sink drain tested positive for blood, the warrant states.

“During the course of the investigation, a witness identified that [Aiden Fucci] was wearing jeans on May 8, 2021 at 8pm before the murder of [Bailey],” the warrant says.  “Based on the investigation, [Fucci] did not go home or change his jeans prior to the early morning hours of May 9, 2021 when [Bailey] was murdered by [Fucci].  Moreover, video surveillance during the early morning hours on May 9, 2021 indicate[s] [Fucci] was wearing jeans.”

The warrant appears to correct earlier documents filed in Fucci’s case.  Those documents said surveillance images from different cameras near the alleged crime scene showed Fucci walking with Bailey toward the location where her body was found.  He was said in those documents to have been wearing shorts, a light-colored hooded sweatshirt, and white shoes which contained a black Nike logo.  Bailey was said to have been wearing black pants and a black shirt.  She was found dead in the same clothes.  The video later showed Fucci walking alone in the opposite direction carrying his shoes rather than wearing them.  He said his feet hurt.

The warrant in Smith’s case continues with additional allegations.  The “defendant” referred to herein is Smith, not Fucci:

During the course of the homicide investigation, [Fucci] was transported to the St. Johns County Sheriff’s Office and placed with his biological father and biological mother — the defendant — in an audio and video recorded room.  While in the interview room, [Fucci’s] parents asked him about anything that would be on his clothes from the previous night.  [Fucci] advised he was wearing blue jeans.  The defendant asked [Fucci] if he was sure there was nothing on them, [Fucci] responded “I think so, why?”  The above-named defendant could be observed giving [Fucci] a questioning look and whispered, “Blood.”

The unnamed witness later told detectives that the defendant found “a pair of damp jeans” in Fucci’s “bedroom hamper.”  Again, from the warrant:

Smith’s exact charge is listed in jail records as a violation of Florida Statute 918.13, tampering with or fabricating physical evidence.  It reads:

(1) No person, knowing that a criminal trial or proceeding or an investigation by a duly constituted prosecuting authority, law enforcement agency, grand jury or legislative committee of this state is pending or is about to be instituted, shall:

(a) Alter, destroy, conceal, or remove any record, document, or thing with the purpose to impair its verity or availability in such proceeding or investigation; or

(b) Make, present, or use any record, document, or thing, knowing it to be false.

The alleged crime is a third-degree felony generally punishable by up to five years in prison and a fine of $5,000, though many other factors can influence any possible punishment.

Court documents say Fucci changed his story several times when interviewed by investigators about exactly what happened to Bailey.  He eventually admitted, those documents say, to walking with Bailey, arguing with her, and then “forcefully” pushing her to the ground where she struck her head.

Law&Crime’s pervious coverage of the case is here.

Read some of Fucci’s case file below:

[Editor’s note:  this piece, which began as a breaking news report, has been substantially updated.]

[all images via the St. Johns County Sheriff’s Office]