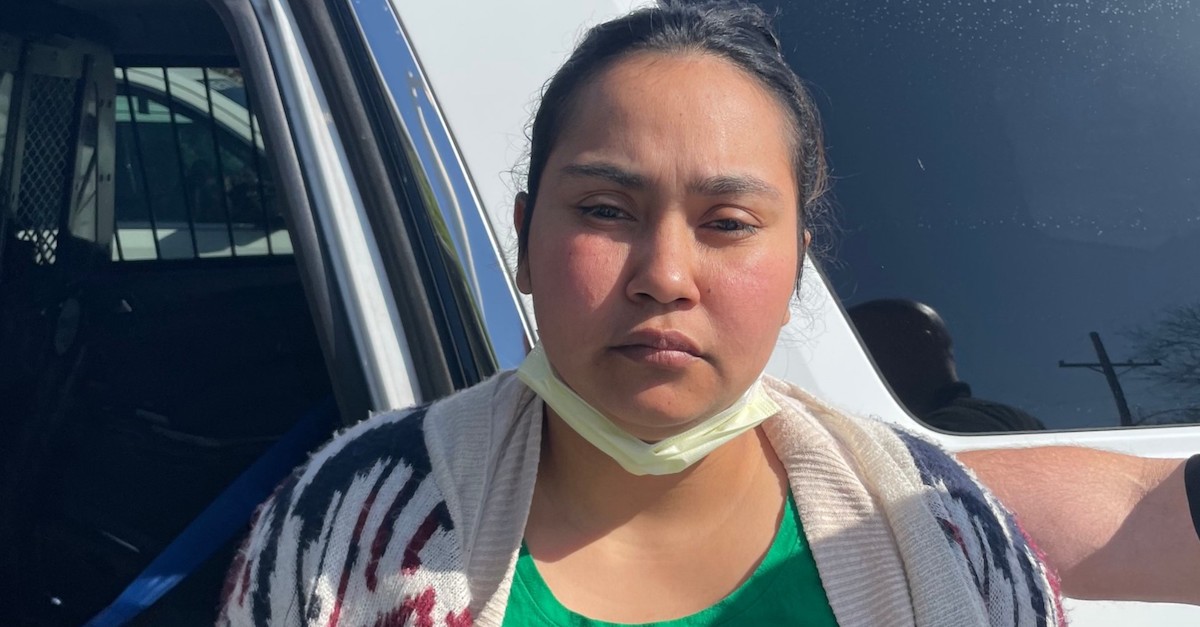 A mother in Louisiana is behind bars this week for allegedly beating her infant child to death.

Madelyn Abisai Mejia-Gallo, 28, was arrested over the weekend and charged with one count of second-degree murder in connection with the death of her 6-month-old son, authorities in St. Tammany Parish said.

According to a press release, the investigation began last week. Detectives with the Covington Police Department on Wednesday, March 23, responded to a call at a local area hospital regarding an injured baby boy that had recently been brought to the facility’s emergency room. The child had allegedly sustained “severe head trauma,”  the press release added.

Due to the seriousness of the baby’s injuries, the medical staff had the infant transported to a different facility where doctors could provide more advanced care. Despite the efforts of medical personnel, the baby on Saturday, March 26 succumbed to his injuries and was pronounced dead, police said.

Investigators interviewed multiple witnesses and gathered statements regarding the circumstances of the infant’s death.

“Based on evidence collected and statements gathered during the investigation, detectives believe that the injuries to the child occurred at the hands of his mother,” authorities wrote in the press release.

Louisiana in recent months has had several notable cases involving caretakers allegedly murdering infants and toddlers under their care.

In January, a 33-year-old mother was indicted after she allegedly tossed her two young children from the top of a bridge and watched as they plummeted into the lake below. The horrific incident left her 10-month-old son dead and his 5-year-old brother severely injured. She was charged with one count of second-degree murder and one count second-degree attempted murder.

A 19-year-old woman in New Orleans earlier in March was charged with beating a family friend’s 6-month-old infant boy to death while babysitting. The suspect was arrested and charged with one count of second-degree murder in connection with the baby’s death. She also faces one count each of domestic abuse battery, domestic abuse child endangerment, and second-degree cruelty to a juvenile,

A 20-year-old man was also arrested the following week after he allegedly shot and killed his pregnant girlfriend, then drove to the Central Thruway and tossed the woman’s 2-year-old son off of a bridge while the child was still alive.