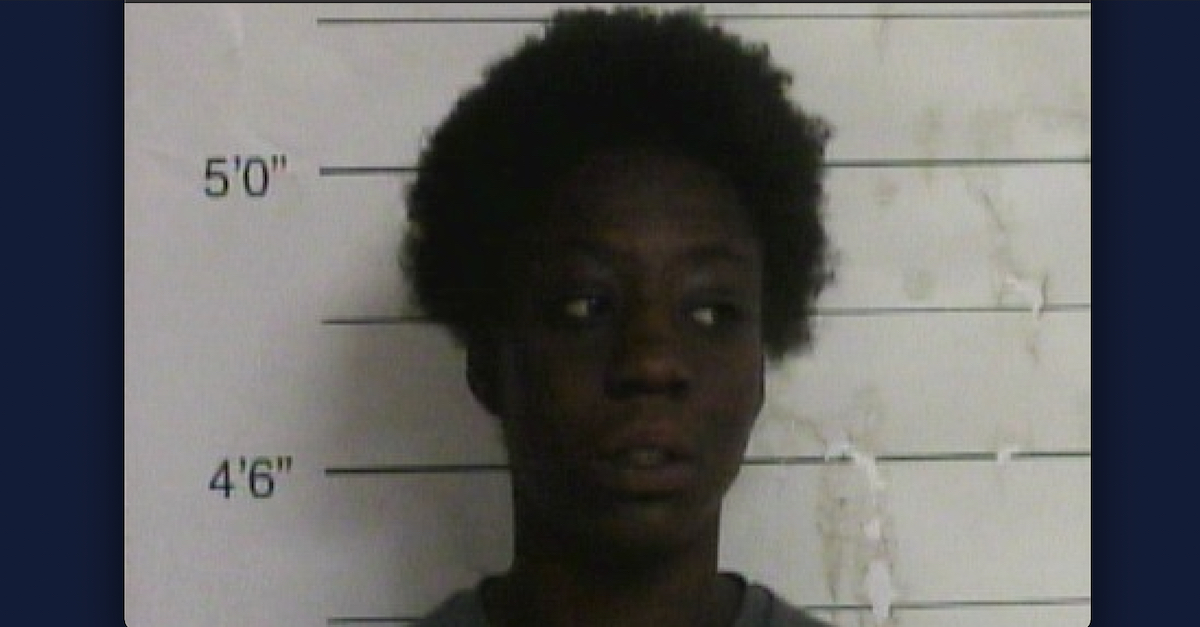 A 19-year-old woman in New Orleans beat a 6-month-old infant boy to death while babysitting earlier this month, police said in a press release. Keriaon M. Smith was taken into custody over the weekend and charged with one count of second-degree murder in connection with the baby’s brutal death.

In addition to the murder charge, Smith is also facing one count each of domestic abuse battery, domestic abuse child endangerment, and second-degree cruelty to a juvenile, online jail records reviewed by Law&Crime show.

According to the New Orleans Police Department, officers on Saturday, March 5 at approximately 12:09 p.m. responded to a 911 call regarding a child who was not breathing at a home located in the 1500 block of Saint Louis Street, approximately four miles northeast of Tulane University.

Upon arriving at the Iberville neighborhood residence, first responders went inside and found the infant unresponsive while in the care of Smith, per the press release. Police described Smith as a “family friend” of the child’s parents. Authorities on the scene said the infant appeared to have “sustained numerous injuries and was not breathing,” according to the release.

Emergency Medical Services (EMS) personnel immediately transported the baby to a local hospital.  He was declared dead shortly after arriving at the facility, police said.

Detectives with the NOPD Child Abuse and Homicide Unit opened an investigation into the baby’s death and arrested Smith at approximately 9:31 p.m. that evening.

Police on Saturday booked Smith at the Orleans Parish Justice Center on one count of second-degree cruelty to a juvenile pending an autopsy. She made her initial appearance in Orleans Parish Magistrate Court on Sunday; a magistrate judge set her bond at $100,000.

The magistrate also appointed a public defender to represent Smith in the case, online court records reviewed by Law&Crime show. Per the court docket, the judge ordered the public defender’s appointment to last “as long as [Smith] is incarcerated,” meaning that if she makes bond she will be required to obtain private counsel.

A preliminary autopsy performed by the Orleans Parish Coroner’s Office later indicated that the infant’s death was a homicide, the NOPD said online. Following the release of the coroner’s determination, authorities on Tuesday re-charged Smith with the upgraded charges that include murder, the police said.

Smith is currently scheduled to again appear in Orleans Parish Magistrate Court on Wednesday where a judge will determine whether to set a new bond amount based on the upgraded charges.

A full autopsy report from the coroner’s office is reportedly pending.

The Orleans Parish Circuit Court Clerk did not immediately respond to a message from Law&Crime concerning who was appointed as Smith’s counsel.

Police emphasized that the investigation into the child’s death currently remains open. Anyone with information relevant to the case is urged to contact the NOPD Special Victims Unit at 504-658-5267. Tips can also be provided anonymously at 504-822-1111.