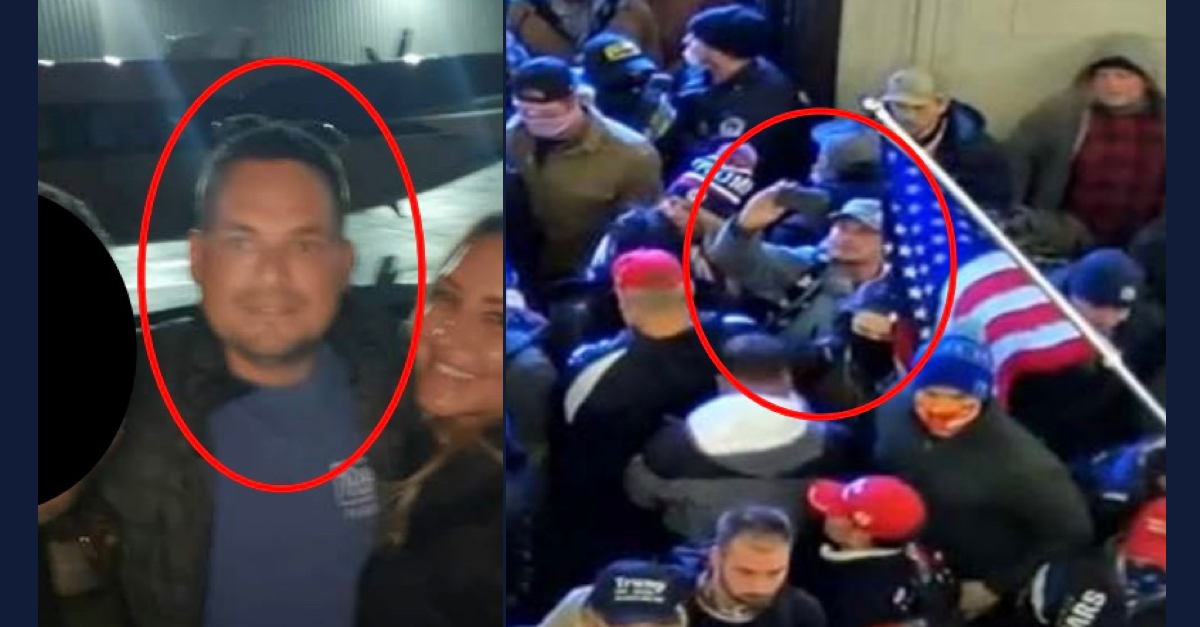 A Texas man who flew with friends on a private jet to Washington and breached the Capitol on Jan. 6 has pleaded guilty to a misdemeanor.

Jason Lee Hyland, who has been previously reported as a real estate agent but said in court Monday that he works in construction, admitted Monday that he hopped on a private plane from Texas to D.C. on Jan. 5 with a group of friends. The next day, as planned, the group attended Donald Trump’s so-called “Stop the Steal” rally, and initially joined the group of Trump supporters walking down Pennsylvania Avenue toward the Capitol building.

It could have ended there, as Hyland acknowledged that the group returned to the hotel at that point. However, after seeing what was happening at the Capitol—specifically, that Trump supporters were coalescing into a mob that would eventually overrun police and temporarily stop Congress from certifying Joe Biden’s win in the 2020 presidential election—Hyland and the group left the hotel.

They made their way toward the building, which had already been breached by the time they arrived. Hyland and his co-defendants, Katie Schwab and Jenna Ryan, made their way into the building and stayed there for about a minute and a half.

Hyland admitted that while inside, he recorded himself making statements that he was a taxpayer and therefore, as prosecutor Karen Rochlin described it, he felt that “in some sense was an owner of the Capitol grounds.”

After leaving the Capitol, Hyland and his friends went back to their hotel, making more videos that included comments about their experience. He flew home the next day on the same private jet that got him to Washington.

He pleaded guilty to one count of parading, demonstrating, or picketing in the Capitol building, a misdemeanor punishable by up to six months in jail.

Jenna Ryan, who had memorably said that she wouldn’t go to jail because she has “blonde hair, white skin, a great job, a great future,” was part of Hyland’s group that took the jet to Washington and breached the Capitol doors.

Ryan pleaded guilty in January to the same parading and picketing charge as Hyland.

U.S. District Judge Christopher Cooper sentenced her to 60 days in jail, which she completed in February. Ahead of surrendering herself, she said she envisioned jail being a place where she could “work out a lot and do a lot of yoga and detox,” and said that losing 30 pounds would make her time behind bars “so worth it.”

After her release, she said on Twitter that she didn’t, in the end, “lose a ton of weight,” and that she spent time watching TV and eating bologna sandwiches. In her Substack newsletter, she said she “went through torture” and was “kept in COVID Quarantine, so that is considered hard-time.”

It’s too soon to predict whether Hyland will get a similar sentence to Ryan. Prosecutors in similar cases involving the parading and picketing charge have requested so-called “split sentences,” which include a term of incarceration as well as probation. However, judges in the D.C. district so far don’t agree as to whether the law allows them to issue such sentences. Cooper, a Barack Obama appointee, hasn’t yet ruled on the issue, although some of his colleagues have, and have reached opposite conclusions.