Louisiana Man Allegedly Killed Pregnant Girlfriend, Then Threw Her 2-Year-Old Son Off a Bridge to His Death 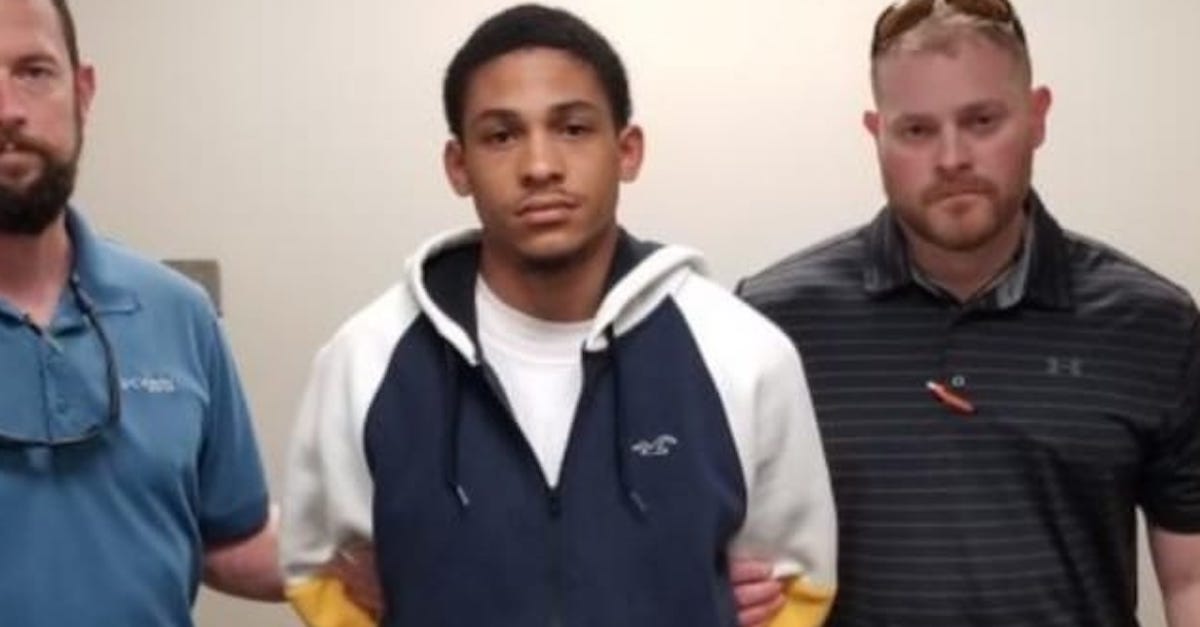 A man in Louisiana was arrested after allegedly admitting to shooting and killing his pregnant girlfriend, and then throwing her toddler son off a bridge to his death.

Brynnen Murphy, 20, was taken into custody on Monday and charged with two counts of first-degree murder for the slayings of Kaylen Johnson, 24, and her 2-year-old son, Kaden Johnson, the Baton Rouge Police Department announced.

Baton Rouge ABC affiliate WBRZ-TV reported that Murphy confessed to killing Kaylen in front of Kaden and dumping her body in the woods with the boy still in the car. He then reportedly threw Kaden from a bridge while the toddler was still alive and crying.

“Sources told WBRZ Murphy confessed to shooting and killing Kaylen in the parking lot of his apartment complex on North Harrells Ferry Road. Murphy then allegedly ditched the gun in the same wooded area where Kaylen was found. Kaylen’s son Kaden was reportedly in the car when his mother was shot and when Murphy dumped her body,” the report states. “After disposing of his girlfriend’s body and the murder weapon, Murphy drove to the Central Thruway where he threw Kaden—who was still alive—over the bridge. Sources told WBRZ Murphy heard Kaden crying as he drove away.”

BREAKING UPDATE https://t.co/W8AtUQxdCL: A suspect is currently in custody in connection with the missing persons case of Kaylen Johnson, 24, and her two-year-old Kayden Johnson. pic.twitter.com/tvMdsr7uqm

While Murphy is not Kaden’s biological father, he and Kaylen were reportedly expecting their first child together this summer. Kaylen was reportedly approximately 6 months pregnant at the time of her death.

Murphy reportedly turned himself in at the 1st District Precinct on Monday. Following interviews with police detectives, he allegedly confessed to the slayings; the bodies of Kaylen and Kaden were discovered in two different locations later in the day. Kaylen’s body was discovered in a wooded area on Burbank Drive near Gardere Lane while Kaden’s body was found on Central Thruway, The Advocate reported.

“He did give information as to where the bodies were, as for why it happened, we don’t know,” L’Jean McKneely, a spokesperson for the BRPD, reportedly told Baton Rouge NBC affiliate WVLA-TV Monday evening. He reportedly described the case as “very tough” and a “tragic situation.”

The mother and son had last been seen alive on March 5, but family members began to fear the worst after being unable to contact Kaylen for nearly a week and reported her and Kaden missing.

BRPD officers at approximately 2:40 p.m. on March 11 performed a wellness check at Kaylen’s home on Old Hammond Highway, New Orleans ABC affiliate WGNO reported. While there were reportedly no signs of foul play inside the home, Kaylen’s cell phone had reportedly been disconnected.

Kaylen’s family began to fear the worst when her car was discovered abandoned on a dead end street with the license plates removed, and an initially uncooperative Murphy reportedly went to ground.

“We found her car without the license plate on it. And from there it raised an eyebrow. One of the guys made contact with him, he refused to give information and disappeared,” McKneely reportedly told the station. “He knew we were actively looking for him. He knew the mom and the 2-year-old were missing. So from there, the family was reaching out. He was out on the streets and he decided to turn himself in.”

Police reportedly said that the mother and son appeared to have been dead for about a week.

Court records show that Murphy is scheduled to make his initial appearance in East Baton Rogue Court before Judge Tiffany Foxworth-Roberts on Tuesday.