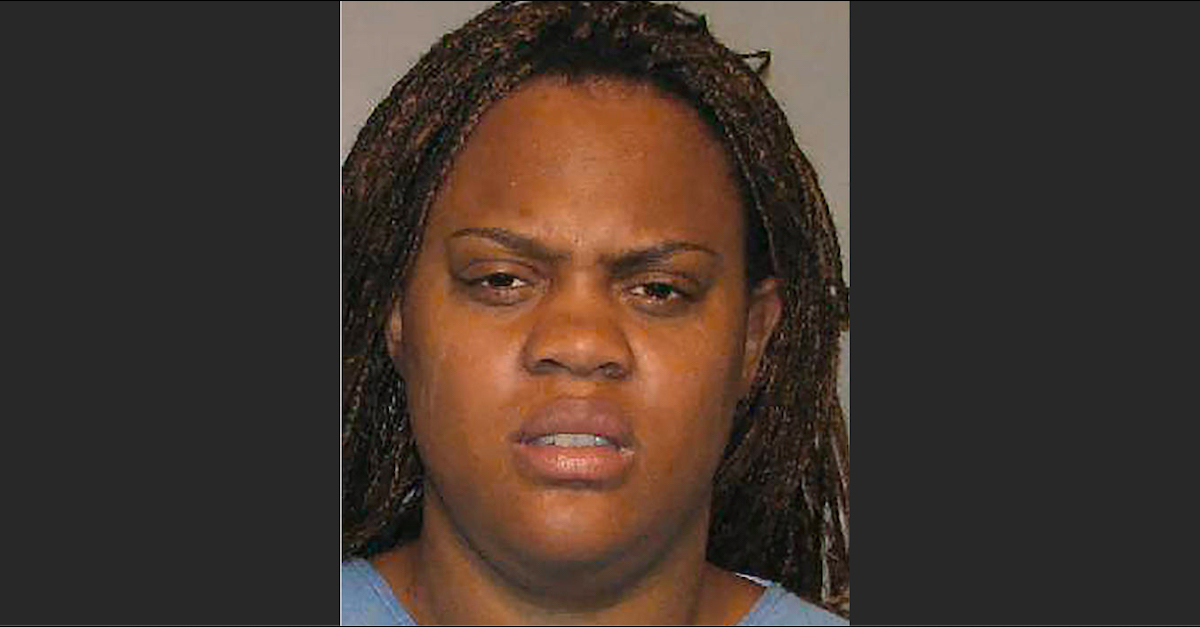 A 33-year-old mother in Louisiana was charged with multiple felonies for allegedly tossing her two young children off the top of a bridge and watching as they plummeted into the lake below, killing her infant son and severely injuring his 5-year-old brother.

Black’s prosecution has been on hold pending the results of mental evaluations performed by a psychiatrist and a psychologist who are tasked with determining whether she is competent to stand trial, Shreveport ABC affiliate KTBS-TV reported. While those reports have not yet been filed with the court, Caddo District Attorney James Stewart told the station that the “staying of the proceedings as to her sanity does not prevent the grand jury from going forward.”

As previously reported by Law&Crime, law enforcement authorities said that Black threw both of the children off the Cross Lake bridge on the morning of Friday, Sept. 24, 2021.

Officers with the Shreveport Police Department responded to a 911 call at approximately 11:00 a.m. concerning a child seen floating in the lake near the bridge. An individual working on a yard crew nearby reportedly spotted the infant floating face-down in the water and called police.

Marine patrol officers were dispatched to the area where they first located baby Joshua, who was unresponsive when he was pulled from the water. Emergency Medical Services personnel attempted to resuscitate the baby but he was pronounced dead at the scene.

Black’s 5-year-old son, whose name is not being released because of his age, was found floating on his back and was pulled from the water a short time later. He was responsive but severely injured. The surviving boy was rushed to LSU Oschner Health Shreveport with “life-threatening injuries,” police said.

After finding Black’s second child, law enforcement authorities were concerned that her third child might also be in the lake.

The Shreveport Police Department, the Shreveport Fire Department, the Caddo Parish Sheriff’s Office, Life Air, the Louisiana State Police, and the Louisiana Department of Wildlife and Fisheries all took part in the multi-agency search effort that went on for more than three hours. The search was called off after investigators were able to confirm that the third child was in another location and had not been harmed.

Investigators reportedly said that the surviving child provided police with evidence that was critical in identifying his mother as the person responsible for throwing him and his little brother off of the bridge.

A police officer in Waskom, Texas spotted Black’s gray Dodge Caravan at a rest stop a few hours after the incident. Police said she was taken into custody without incident and has been held without bond since her arrest. She is currently being housed in the Caddo Correctional Center.