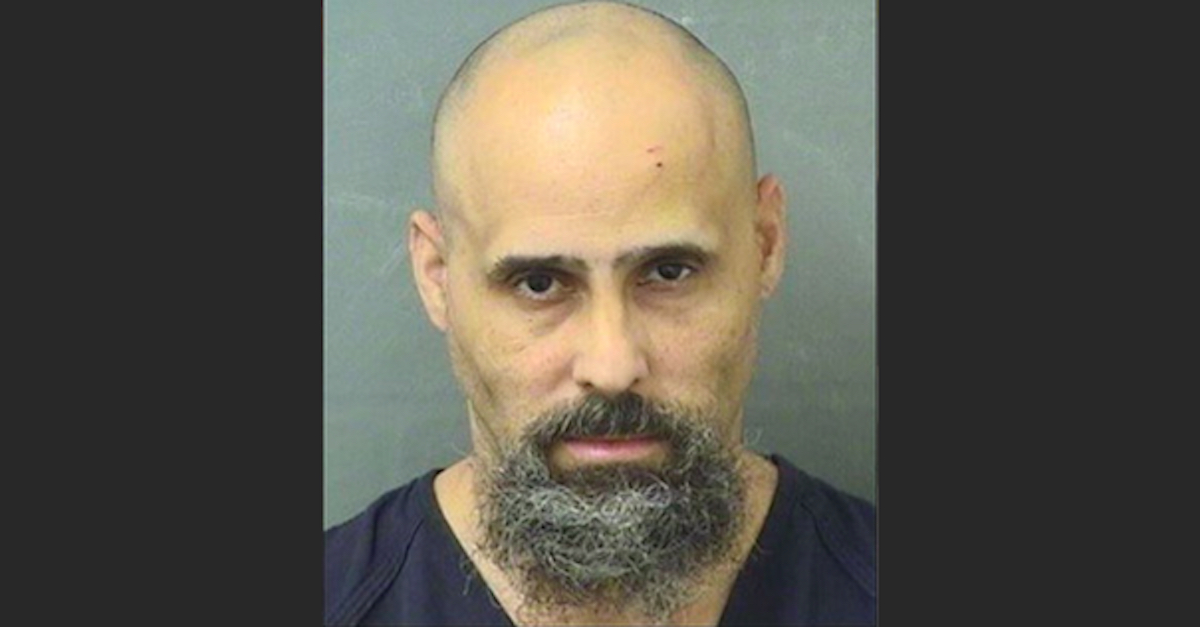 Authorities in Florida last week arrested a 47-year-old man accused of being behind a 2008 home invasion where a man was murdered and a second victim was sexually assaulted. Deputies with the Palm Beach County Sheriff’s Office took Luis Ruiz Gonzalez into custody on Friday after newly uncovered DNA evidence came to light linking him to the 2008 crime, The Palm Beach Post reported.

The crime took place in the early morning hours of Sept. 27, 2008 in Lake Worth Beach. Deputies responded to a call about a possible home invasion at approximately 5 a.m. at a residence located in the 900 block of Small Drive. Upon arriving at the scene, first responders reportedly found one victim, a man, dead from an apparent gunshot wound. A second victim in the house was reportedly sexually assaulted by one of the intruders.

According to the sheriff’s office, investigators in May 2021 used new DNA technology to create a profile of one of the suspects which was then run through the Combined DNA Index System, or CODIS, which is a term used for the FBI’s multi-database and software program that targets a specific DNA profile against records from local and national law enforcement agencies.

“This CODIS profile resulted in a match to the suspect, Luis Ruiz Gonzalez,” the sheriff’s office said in a press release announcing the arrest of Ruiz Gonzalez. “Further investigation led to a direct source DNA sample, which was compared to the profile and led to a match.”

The sheriff’s office did not immediately specify the number of suspects believed to have taken part in the home invasion, how investigators obtained Ruiz Gonzalez’s DNA, or whether additional DNA samples had been obtained and tested. The name of the murder victim was not released. The sheriff’s office did not immediately respond to an email from Law&Crime seeking additional information.

Based on the new DNA evidence, prosecutors presented their case to a Palm Beach County grand jury on Thursday which returned a true bill indicting Ruiz Gonzalez for multiple felonies.

Ruiz Gonzalez is charged with one count each of first-degree murder, home invasion robbery, and lewd and lascivious battery.

Under Florida law, lewd and lascivious battery occurs when an adult engages in sexual activity with a child between the ages of 12 and 16 or forces a child of that age “to engage in sadomasochistic abuse, sexual bestiality, prostitution, or any other act involving sexual activity.”

Ruiz Gonzalez is currently being held at the Palm Beach County Jail without bond.