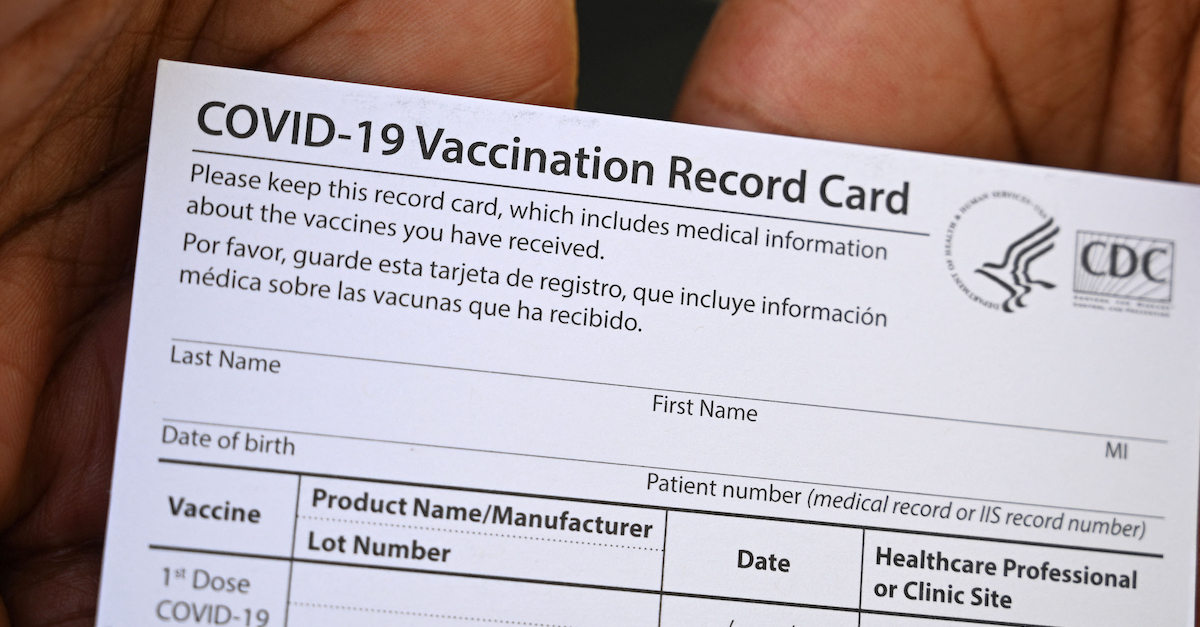 A Chicago-based pharmacist faces a 12-count federal indictment for the alleged unlawful sale of COVID-19 vaccine cards to multiple different buyers on eBay over a two-week span in late March and early April 2021.

Prosecutors allege that Tangtang Zhao, 34, “with the intent to deprive, did embezzle, steal, purloin, and knowingly convert to his use and the use of another, and without authority, did sell, convey, and dispose of, a thing of value of the United States and an agency thereof, namely CDC Vaccination Record Cards, with an aggregate value exceeding $1,000,” beginning on March 25, 2021 and ending on April 11, 2021.

The DOJ said in a press release Thursday that Zhao “sold 125 authentic CDC vaccination cards to 11 different buyers for approximately $10 per card” online while working as a licensed pharmacist in Chicago at an unnamed company.

The Department of Justice created a chart that includes approximate dates, number of vaccine cards sold, initials of buyers, and approximate proceeds that Zhao allegedly gained from the scheme.

DOJ Criminal Division’s Assistant Attorney General Kenneth A. Polite Jr. said in a statement that criminal offenses that contribute to “distrust around vaccines and vaccination status” will be investigated and taken seriously.

“The Department of Justice and its law enforcement partners are committed to protecting the American people from these offenses during this national emergency,” Polite said.

Lamont Pugh III, the Special Agent in Charge of the Chicago region’s U.S. Department of Health and Human Services Office of Inspector General, echoed Polite’s remarks in a statement.

“Stealing and selling COVID-19 vaccination cards is inexcusable and will not be tolerated,” Pugh said. “Fraudsters who engage in such unlawful conduct undermine efforts to address the pandemic and profit at the public’s expense. The health and safety of the public is our top priority, and we encourage people to obtain vaccination cards from their administering medical providers.”

Zhao made a first appearance in court on Tuesday. It’s unclear at this time if he has an attorney in this matter.