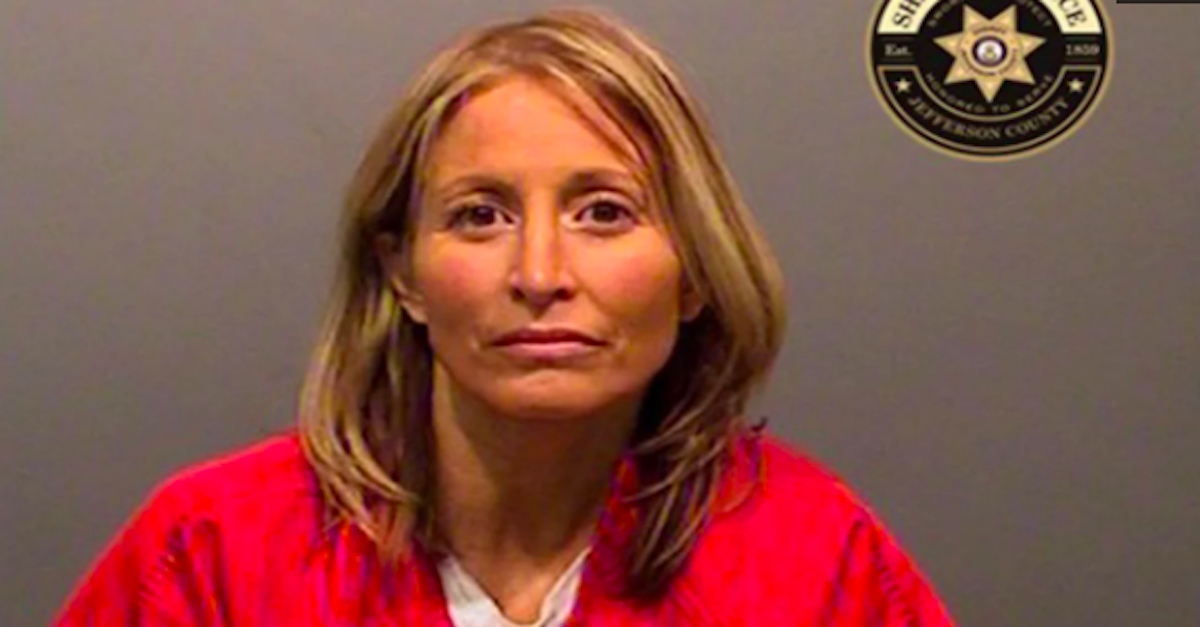 A well-known animal rights attorney in Colorado was sentenced to 10 years in prison minus time served on Monday after she pleaded guilty to a series of felony charges in connection with a murder-for-hire plot, local news stations reported.

Jennifer Reba Emmi, 43, who is also known as Jennifer Reba Edwards, was arrested in January for allegedly soliciting two employees on her Colorado ranch to kill her estranged husband’s girlfriend. The girlfriend had previously worked as an au pair for the married couple before their split.

Emmi last month pleaded guilty to nine criminal counts in three separate cases, including solicitation to commit second-degree murder, stalking, and retaliation against a witness, all of which garnered 10-year sentences to be served concurrently. She was given lesser sentences on the remaining six counts—also to be served concurrently—which included heat-of-passion strangulation, attempting to influence a judge, violation of a bail bond condition, felony menacing, and two counts of child abuse. She has already been credited with serving seven months of her sentence.

Emmi had initially been facing an additional 11 other felony charges and 12 misdemeanor charges that were dismissed when she agreed to a plea deal with prosecutors in Jefferson County.

The judge rejected a request from Emmi’s attorney, Colin Bresee, who asked the court that his client be sentenced to time-served plus probation, telling Emmi that she had committed “repeated criminal acts over a long period of time” during Monday’s sentencing hearing, according to a report from Denver-based CBS-affiliate KCNC-TV.

“I do note that you have had 7 months in jail… (but) the suggestion that’s sufficient is misguided and misstated,” the judge said.

Emmi also read a statement during the hearing, telling the court that she had increasingly struggled with mental health issues and an autoimmune disease over the last two years.

“I never wanted to kill anyone, I’m not capable of such a thing,” a tearful Emmi said, per KCNC. “I did horrible things that were completely out of character, and I’m so embarrassed about them.”

“The defendant poses a threat to the health and safety of our community and caused significant trauma to the victims of her crimes,” Senior Deputy District Attorney Kate Knowles said in a statement following the hearing. “The court’s sentence ensures that they can move on with their lives without fearing for them.”

Bresee did not immediately respond to an email from Law&Crime seeking comment on the sentencing.

After being accused of asking two employees on her Colorado ranch if they would be willing to kill her husband’s girlfriend, Emmi initially denied the allegations, instead claiming that she had been “repeatedly set up.”

But that story quickly fell apart as the evidence against the former animal rights attorney began to pile up.

According to a 35-page affidavit filed in January, a 28-year-old man approached the sheriff’s office on November 2, 2020, to say that Emmi, his employer, asked him to “take care of” her soon-to-be ex-husband’s girlfriend. He understood this to mean homicide. In this version of events, he asked the defendant to clarify if she wanted just the girlfriend killed or the husband as well. “Just her,” Emmi allegedly said.

The witness made clear to authorities he wanted nothing to do with the plot, calling the defendant “psychotic,” and saying that she did not care about the ramifications of her actions. According to investigators, the man contacted them again to say he spoke with Emmi another time and recorded it. In this conversation, the defendant allegedly discussed using the 28-year-old as a middleman to a potential hitman in Texas. The informant asked if she was serious about going through with the plot. Emmi allegedly said yes, and they discussed a possible start-up cost of $2,500 to $5,000.

Investigators said Emmi also approached a second ranch hand who had previously served as a Special Operations Scout Sniper in the military about killing people for her.

Neither of the employees were charged by authorities.

Colorado state records show Emmi’s law license under the name Jennifer Reba Edwards. There is no record of discipline on an Office of Attorney Regulation website maintained by the Colorado Supreme Court, but Emmi’s license status is listed as “disability inactive.”