Another Republican Attorney General Threatens Lawsuit Against China, Admits It Would Be ‘Tough’ to Win 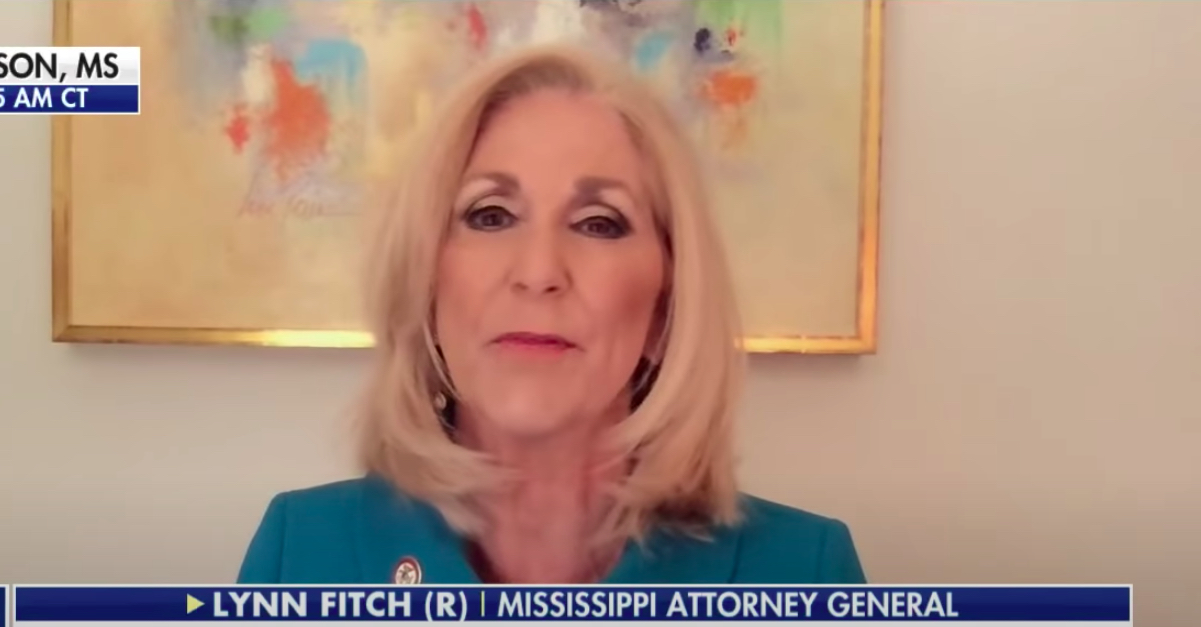 Mississippi’s Attorney General on Saturday said she plans on filing a lawsuit against the Chinese government on behalf of the state of Mississippi after the novel COVID-19 coronavirus pandemic caused more than 5,400 confirmed cases and 200 deaths in the state.

“If you look at what they’ve done it’s been a very malicious, very dangerous cover-up. The coronavirus has killed, the coronavirus has caused serious medical damage and harm across our country and our state. It’s destroyed our businesses and it’s functionally altered the way Americans will live,” Fitch continued. “So we have to rebuild. We see the damages, the issues they’ve caused Mississippians, so I’m bringing the suit on behalf of Mississippians.”

Fitch and Mississippi are following in the footsteps of Missouri’s Republican Attorney General Eric Schmitt, who made history on Tuesday by becoming the first state in the U.S. to file a lawsuit against the Chinese government. Schmitt alleged China engaged in an “appalling campaign of deceit, concealment, misfeasance, and inaction.”

Despite the tough talk from the Republican AGs, however, the quixotic lawsuits are going nowhere fast as the legal doctrine of sovereign immunity, enshrined in federal law in 1976 with the Foreign Sovereign Immunities Act (FSIA), essentially guarantees that China will not be held accountable.

Under the FSIA, foreign nations are granted extremely broad protections from lawsuits brought in the United States. The few exceptions to the act—most of which deal with commercial activity–are extremely narrow and often rejected by domestic courts. The high-profile dismissal of the Democratic National Committee’s lawsuit against Russia is one such example.

Fitch addressed the obstacle briefly Saturday, acknowledging that winning her lawsuit would be “tough.”

“And so, it’s a tough one, but we’re going to win because we’re going to hold them accountable, and we must do that in order to make them not go down this path,” she said. “They cannot continue to deceive and take advantage of America.”