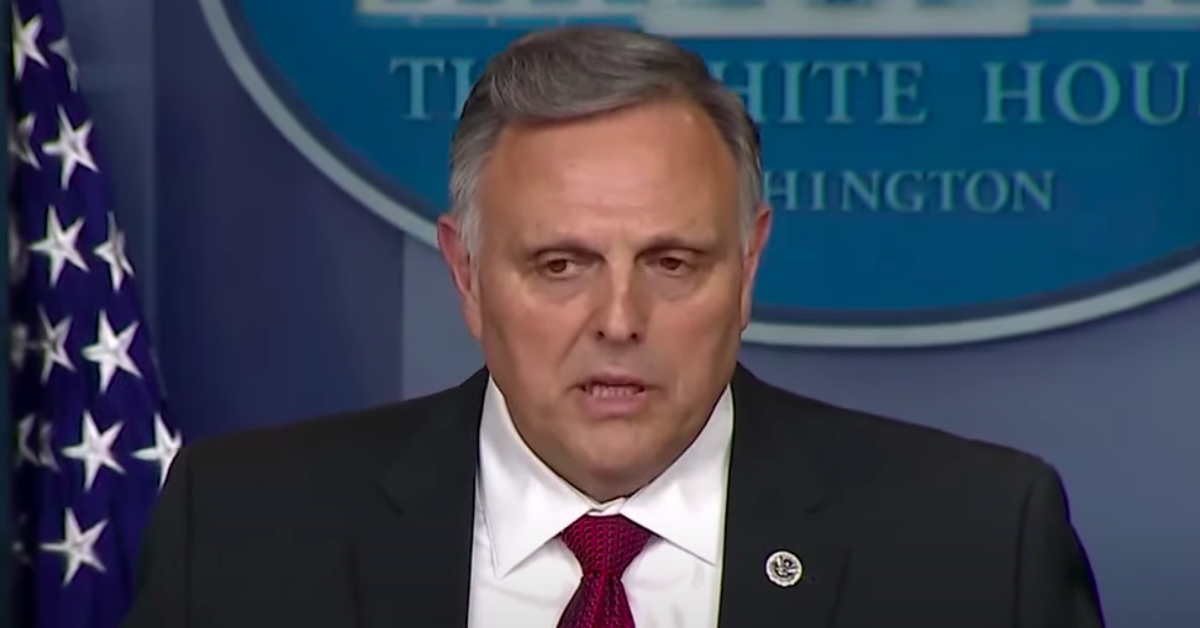 The senior Department of Homeland Security official invited to speak during Friday’s coronavirus task force press briefing was also the subject of a still-pending whistleblower complaint alleging that he used his previous position at the Department of Energy for his own personal profit.

William Bryan, the acting under secretary for the Science and Technology Directorate at the Department of Homeland Security, was thrust into the national spotlight on Thursday after his presentation on the effects of heat on COVID-19 was followed by President Donald Trump’s already infamous tangent on “disinfectant.”

The exchange prompted immediate responses from medical professionals and the makers of cleaning products such as Lysol and Clorox, imploring people not to inject themselves with disinfectant products.

Reminder: Lysol disinfectant and hygiene products should only be used as directed and in line with usage guidelines pic.twitter.com/yPVhvINxbU

But the inexplicable incident also shined a spotlight on Bryan, a 17-year army veteran whose previous stint in the Department of Energy (DOE) led to a credible accusation that he manipulated official government policy in Ukraine to further his own financial interests.

In an August 2019 letter from the U.S. Office of Special Counsel (OSC) Retaliation and Disclosure Unit to the government whistleblower who first filed a complaint against Bryan, OSC stated that its review, while not a final determination, “has found a substantial likelihood of wrongdoing based on the information you submitted in support of your allegations.”

According to the Associated Press, the whistleblower accused Bryan of utilizing his position as a DOE Special Government Employee “to develop his private business interests as president of the ValueBridge Energy Group (VBEG), an entity in the same sector in which Mr. Bryan was working as a government official.”

“The complaint, which was also obtained by AP, describes Bryan’s dealings with Rinat Akhmetov, the Ukrainian energy oligarch who hired Paul Manafort as an adviser years before Manafort became chairman of Trump’s presidential campaign. According to the complaint, Bryan denied ever interacting with Manafort, who was convicted in Mueller’s Russia investigation related to Manafort’s work in Ukraine — though they did stay at the same Hyatt Hotel in Kyiv on one occasion recounted by the whistle-blower,” the AP reported.

The complaint also alleged that Bryan lied in his sworn testimony to Congress when he said he “refrained from working in his capacity as president of VBEG while employed as a DOE SGE,” and “mischaracterized as strictly personal his ongoing association with Vadym Glamazdin, a former DOE Ukrainian partner.”

Trump sent Bryan’s name to the Senate for confirmation in January but lawmakers returned his name to the president following the allegations of wrongdoing.