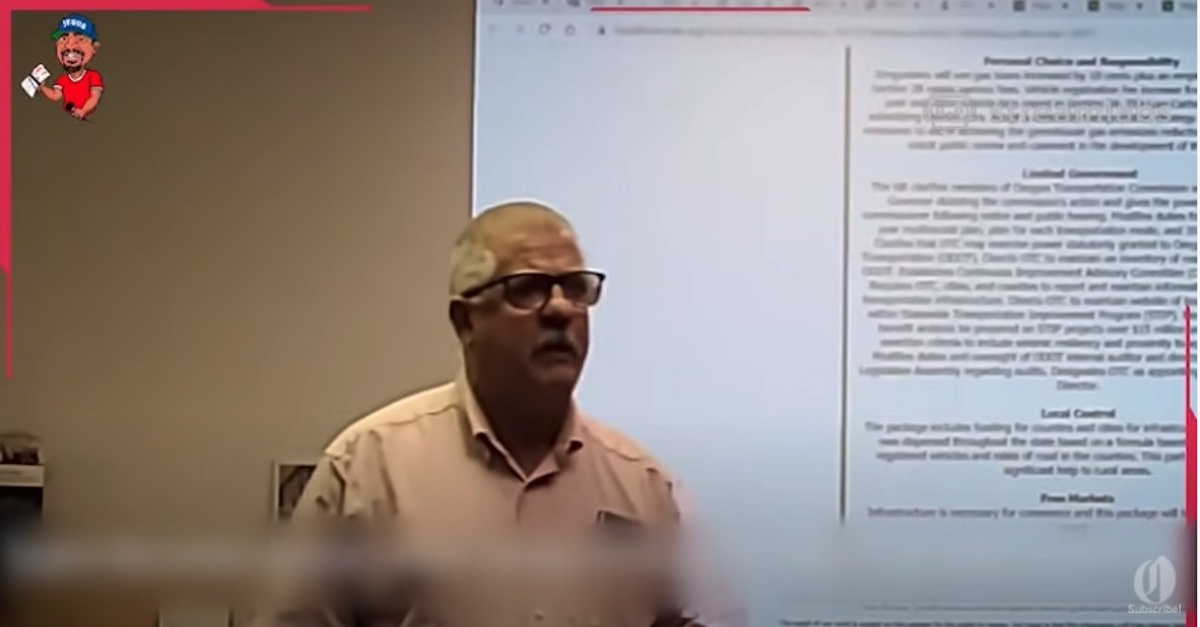 The Oregon state legislature voted 59-1 Thursday to expel Republican Rep. Mike Nearman from the House, after video revealed that he was instructing people how to breach the state’s capitol building, which had been closed to the public due to coronavirus concerns, in December.

“The Oregon House of Representatives has taken the unprecedented step of expelling one of its members,” House Speaker Tina Kotek said in a statement from Oregon House Democrats on Thursday. “Elected leaders must be held to the highest possible standard. The facts are clear that Mr. Nearman unapologetically coordinated and planned a breach of the Oregon State Capitol.”

“His actions were blatant and deliberate, and he has shown no remorse for jeopardizing the safety of every person in the Capitol that day,” Kotek added.

In video released on June 4, Nearman appears to tell people that there is a way to get inside the Capitol building. He first makes a reference to “Operation Hall Pass,” and then said, apparently tongue-in-cheek, “I don’t know anything about it, and if you accuse me of knowing anything about it, I will deny it.”

Nearman then provided clear, step-by-step instructions on how to get into the building.

“There might be some person’s number which might be [sound redacted], but that is just random numbers,” Nearman said, apparently providing his own phone number. “And if you say ‘I’m at the West entrance’ during the session and text to that number there, that somebody might exit that door while you’re standing there,’” OPB reported.

The video, according to OPB, was streamed live on Dec. 16, and Nearman can be seen and heard repeating the phone number multiple times.

Days later, on Dec. 21, Nearman is seen on video holding the door to the Capitol building open as he exited, allowing people who turned out to be right-wing protesters to enter. Several of them rushed inside the building, and were soon confronted by law enforcement who, after a struggle, were able to push the protesters out of the building. Nearman then walked around the building and re-entered minutes later through a different door.

The Dec. 21 video was released on Jan. 8, just days after a violent right-wing mob of Donald Trump supporters breached the U.S. Capitol building.

Nearman was charged in April with two misdemeanors: official misconduct and criminal trespass.

Nearman is the first person ever to be expelled from the Oregon Legislature. Nearman himself was the only person to vote against his expulsion.

Earlier on Thursday, a six-person bipartisan committee had voted unanimously in support of a resolution supporting Nearman’s expulsion.

The groundswell of support for Nearman to be expelled gained momentum on Monday, when all Republican state representatives – except Nearman – signed a letter asking him to resign.

“Today we strongly recommend that you resign from the Oregon State House of Representatives,” the letter said, according to an OPB report. “Given the newest evidence that has come to light regarding the events of December 21, 2020, it is our belief as friends and colleagues that it is in the best interests of your caucus, your family, yourself, and the state of Oregon for you to step down from office.

“All House Republicans have called on Representative Nearman to resign,” House Minority Leader Christine Drazan (R) said in a statement on Monday, OPB reported. “We have to hold ourselves to a higher standard in elected life and his actions do not meet that standard.”