3-Year-Old Boy Dies After Falling at Least 10 Feet from Window, Being Mauled by Family’s Pitbulls in Backyard 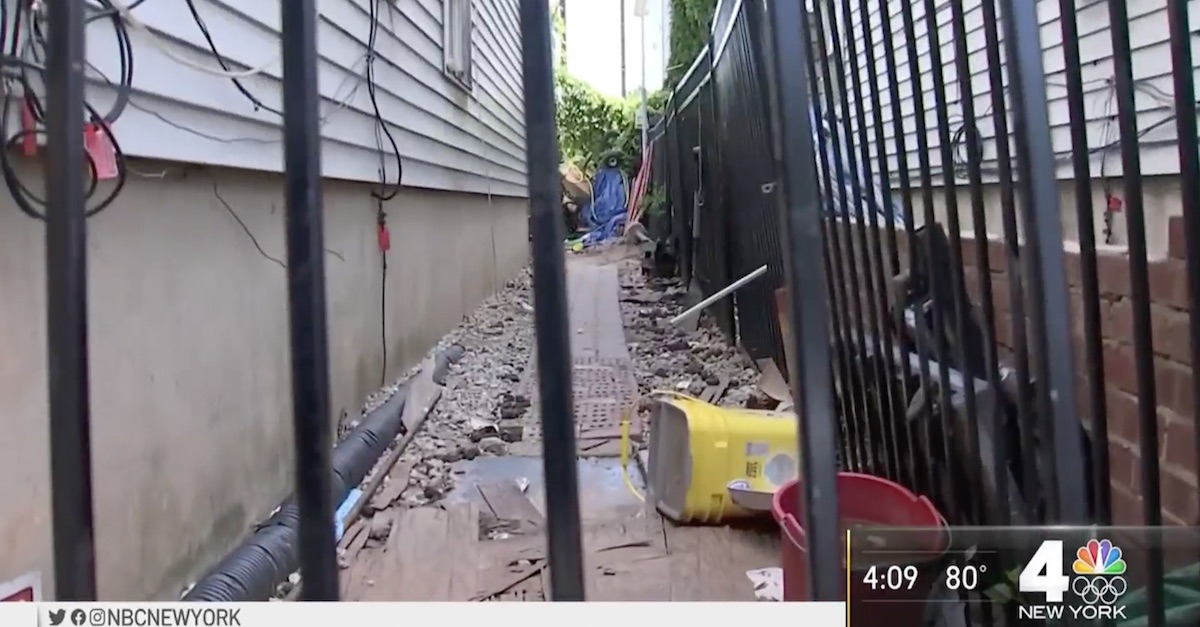 A 3-year-old boy died after a fall from a window and an ensuing attack by his own family’s dogs on Wednesday, authorities in Elizabeth, New Jersey announced the day after the shocking incident.

The child fell at least 10 feet (and possibly 15 feet) from a window in the rear of his family’s home and plummeted into the backyard, where neighbors said pitbulls were fenced in.

The Union County Prosecutor’s Office and the Elizabeth Police Department said in a joint statement that they are investigating the circumstances behind the incident.

According to authorities, police arrived on scene at the home after 5:25 p.m. on Wednesday and found the victim had suffered “serious injuries.” The child was pronounced dead at a hospital a little over an hour later.

“An investigation led by members of the Union County Homicide Task Force, the Prosecutor’s Office’s Special Victims Unit and Special Prosecutions Unit, and the Union County Sheriff’s Office’s Crime Scene Unit, and assisted by members of the Elizabeth Police Department, revealed that the dogs, which belonged to the victim’s family, were in the fenced yard at the time of the incident,” the statement said. “Representatives of a local animal control organization responded to the scene and secured the dogs, which were transported to another location.”

The city reportedly intends to euthanize the dogs.

It’s unclear how the child ending up falling from a window, but it could be that the window was left open due to the heat. Hours before the child fell, temperatures were in the mid-80s in Elizabeth, N.J.

A neighbor spoke with NJ.com after the child’s death. She recalled hearing a “bang” and then screams.

“I heard something like bang and then I heard someone was screaming like, ‘Help! No stop, no stop!’” the woman said, adding that she saw a man running to the front of the residence with the bloody child in his arms.

Though one neighbor described the dogs as aggressive, another neighbor said they “never thought the dogs were bad.”

As of Friday morning, no charges have been filed.