Rudy Giuliani Responds to Lincoln Project’s Litigation Threat: ‘I’m Writing Them a Letter Back Telling Them I Will Not Respond to Their Letter’ 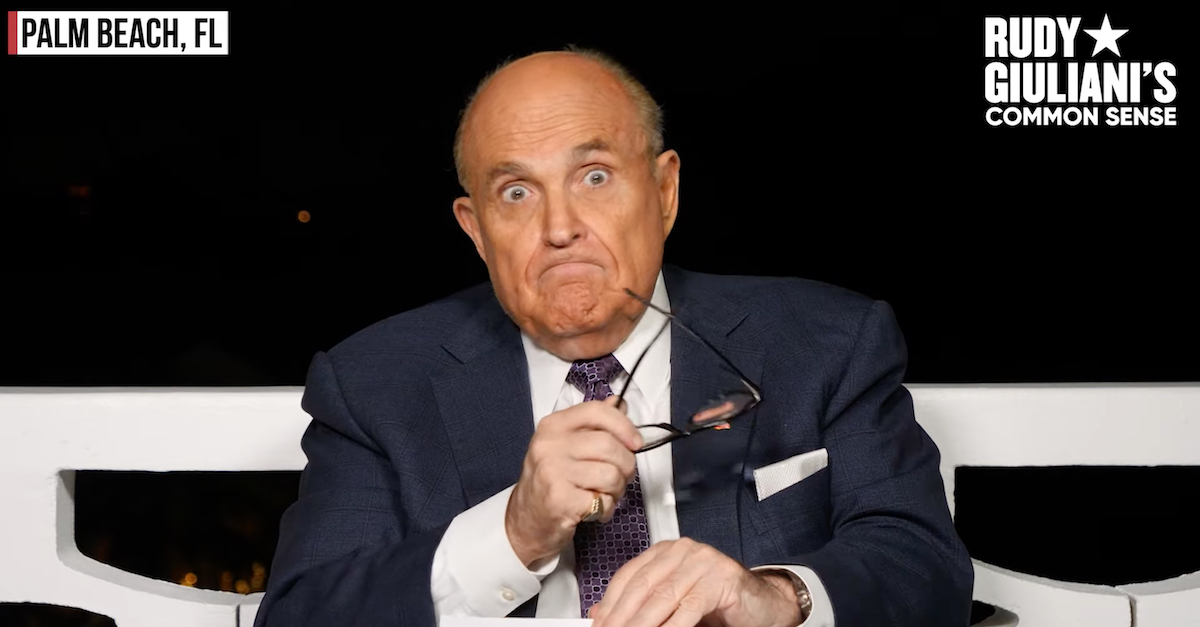 Donald Trump’s personal attorney Rudy Giuliani on Wednesday responded to a scathing letter from the Lincoln Project’s lawyers in, perhaps, the most amusing way imaginable: with a letter saying he will not respond to their letter.

The Lincoln Project, an anti-Trump group that made national headlines over the last few days because its co-founder John Weaver was accused of serially harassing young men online, recently demanded through attorneys that Giuliani “preserve all relevant documents” regarding alleged “false and defamatory statements” made against the organization. Giuliani, it turns out, was on the receiving end of at least one other demand letter recently. A billion-dollar lawsuit against him soon followed.

During an appearance on pardoned former Trump chief strategist Steve Bannon’s “War Room” podcast,” Giuliani explained that he would respond to the Lincoln Project by saying he will not respond.

“Well, here’s what I’m doing—I’m writing them a letter back telling them that I will not respond to their letter because they make this one rather sketchy, defamatory allegation about a tort that I committed—I counted four that they committed in their letter,” Giuliani said.

He then ostensibly confirmed that he had already responded to the group’s attorneys in writing.

“So I wrote back to him, ‘You know son, I’ve represented Dow Jones, Barron’s, the Wall Street Journal, the New York Daily News—I did this for a living–and you’ve made a classic mistake. At the very end of the letter you claimed that I defamed the Lincoln Project, except in the first seven paragraphs of the letter you defamed me at least four or five times,” Giuliani went on.

Trump lawyer Rudy Giuliani on @ProjectLincoln's legal letter to him: "I am writing them a letter back telling them that I will not respond to their letter…" pic.twitter.com/3HisqWPXgY

Law&Crime asked the Lincoln Project whether they had received a letter from Giuliani, but the group has not responded.

Asked about the impending Senate trial, Giuliani laid out what he thought was Trump’s best legal strategy.

“If the case is mainly that he caused this—he caused the insurrection—then the defense is going to have to show that this thing was planned and that a lot of the people involved in the planning—Antifa, and then even some right wing groups who are enemies of his—and that they were doing it in order to hurt him. Including some right-wing groups that operate for the Lincoln Project or have been working with the Lincoln Project at various times,” Giuliani said.

Bannon then interjected, asking what groups Giuliani was suggesting were working with the group.

“One of the people who organized this is well known to have worked with the Lincoln Project in the past. One of the people involved brought in right-wing groups that opposed Trump, and he brought them in specifically to blow this thing up,” Giuliani responded. “He had the same motivation the Antifa people had. So it isn’t as if all these right-wing groups were all pro-Trump. And the biggest problems—violent problems—were caused by Antifa. That’s where the shooting took place.”

The “shooting” Giuliani mentioned was of Ashli Babbitt. Babbitt, a Trump supporter, QAnon believer and Air Force veteran, was shot and killed by police while trying to vault through a broken window inside the Capitol. Giuliani claimed Babbitt was “surrounded by all Antifa people.” That claim about all Antifa people is easily debunked.

David Charles Mish, Jr, was also an avid supporter of the former president. Court documents show that Mish was among those standing next to Babbitt when she was killed. Several other Trump supporters were identified as being within several feet of Babbitt when she was shot, including Christopher Ray Grider and Chad Barrett Jones. Just the other day, Zachary Alam was added to the list.

There he is in a fur hat next to Babbitt just moments before she was fatally shot: 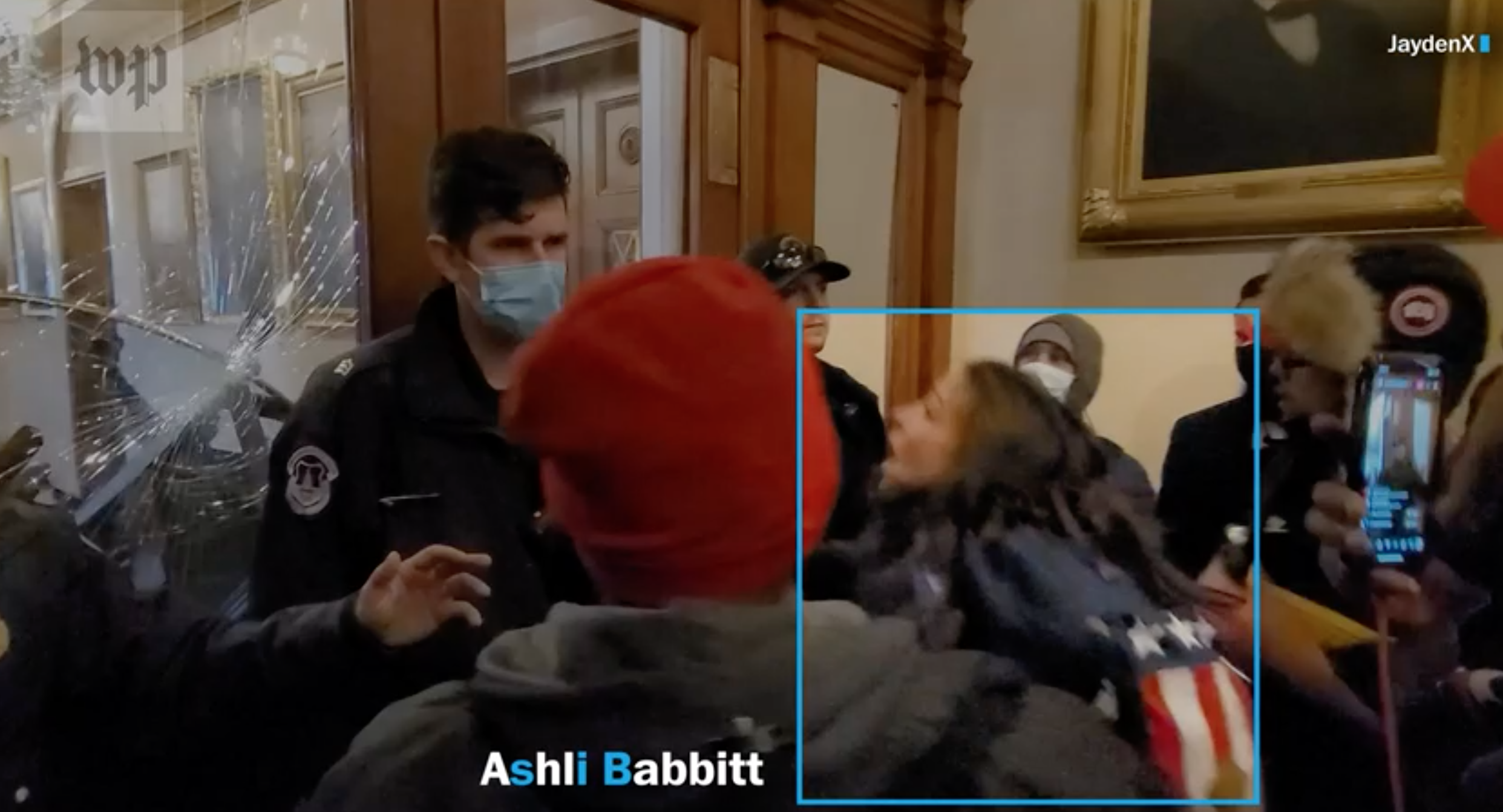 And here he is, MAGA hat in his hand, smashing a Speaker’s Lobby window with a helmet. 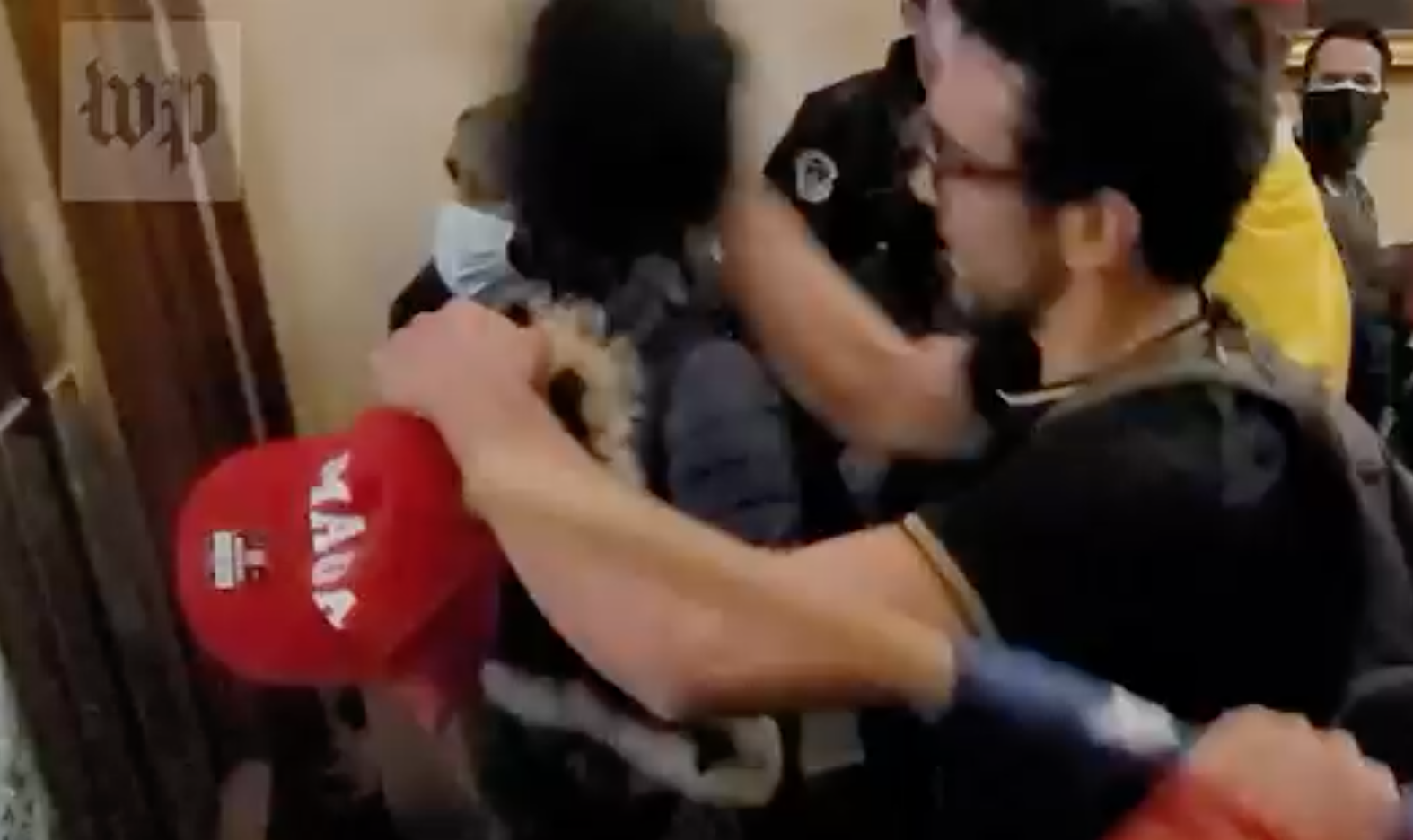 Giuliani’s claims regarding the Lincoln Project or Antifa being responsible for orchestrating the Capitol riots is undercut daily by copious amounts of mounting evidence showing that Trump and Giuliani’s supporters, believing the lie that the election was stolen, stormed the Capitol on Jan. 6. The Justice Department has charged at least 150 people for their involvement in the insurrection, nearly all of whom were unapologetic supporters of the president. The FBI has said publicly that there is no evidence to support the Antifa just tried to make Trump supporters look bad conspiracy theory.