ACLU Critical of Biden Immigration Orders Over Lack of Specifics 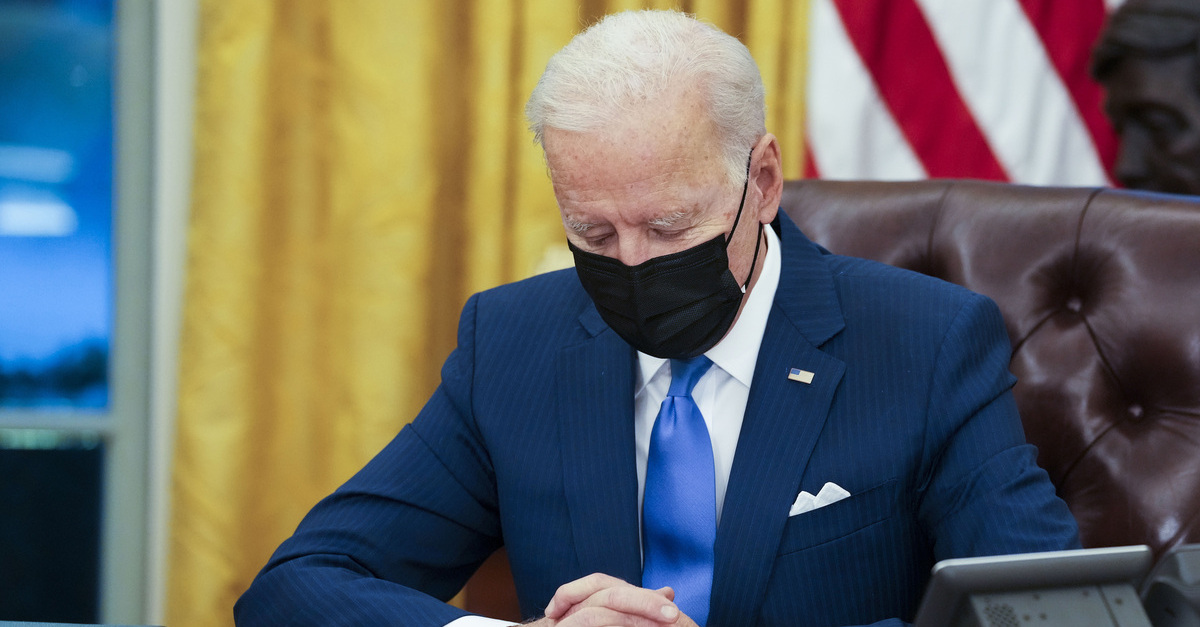 President Joe Biden signed a new series of immigration-related executive orders on Tuesday night. The American Civil Liberties Union (ACLU) quickly offered some transitory praise of those orders, but insisted in clear terms that the administration’s latest effort did not go far enough.

Omar Jadwat is the director of the ACLU’s Immigrants’ Rights Project. He also led a team of litigators that challenged many Trump administration policies. Racking up the score, the ACLU filed around 400 lawsuits against the Trump administration—and more than 170 of those suits were immigration-related.

Biden’s latest orders, Jadwat stressed, were worthwhile but lacked many specifics necessary to undo some of the worst human rights abuses suffered by thousands of people impacted by the U.S. immigration system in recent years.

“We commend the steps the Biden administration has taken so far to begin the process of rebuilding our asylum system,” the ACLU attorney said in a late Tuesday press release. “But it is troubling that today’s orders did not include immediate action to rescind and unwind more of the unlawful and inhumane policies that this administration inherited — and now owns. The government must move quickly and boldly to make these necessary changes, which are urgently needed because so many people are suffering right now.”

Critics have noted that Immigration and Customs Enforcement (ICE) is still deporting immigrants–and allegedly torturing them–despite a longstanding pledge by the 46th president not to deport anyone within his first 100 days in office. According to the Associated Press, ICE has deported “hundreds” of immigrants since Biden took office. On Jan. 26, a federal judge in Texas issued a temporary restraining order blocking Biden from enforcing a 100-day pause on deportations nationwide for 14 days.   Two days after the ruling, Jadwat filed a motion to appear pro hac vice in the pending case (which was brought by Texas Attorney General Ken Paxton in response to Biden’s January 20 Memorandum) .

Jadwat said his latest comments were specifically keyed toward Biden’s executive order aimed at asylum protections for those crossing the U.S.-Mexico border.

On to asylum processing, the part I’m most interested in. First, the DHS Secretary and the CDC Director are required to “promptly begin consultation and planning” with NGOs “to develop policies and procedures for safe and orderly processing of asylum claims.”

“My criticism is simply that, while promising, in several important respects the orders could have gone further than they did—to actually revoke (or cancel or undo) more of the policies, instead of ordering them reconsidered or reviewed,” Jadwat elaborated in an email to Law&Crime. “People are suffering right now so these changes need to happen quickly.”

The immigrants rights attorney elaborated on one particular Trump-era policy the ACLU would like to see on the chopping block post-haste.

“[O]ne prominent example is the forced return to Mexico policy, also known as the Migrant Protection Protocols or MPP,” Jadwat said. “That program takes people who apply for asylum in the U.S. and dumps them in Mexico, where they are supposed to eke out some sort of existence while the U.S. (slowly) processes their asylum claims. Biden has stopped putting more people in that program, but hasn’t actually ended the program and, critically, hasn’t set forth a solution for the people stranded in Mexico because of MPP.”

“Many of these people are in very dangerous situations,” he continued. “For some examples, take a look at our case Nora v. Wolf, which seeks relief for a number of asylum seekers sent to Tamaulipas, Mexico under the MPP.”

A writeup of the case on the ACLU’s website notes:

The asylum seekers — 12 adults and their 14 children — fled violence and persecution in their home countries and sought refuge in the United States. The Trump administration instead forced them back across the border to Tamaulipas, Mexico, to await their removal proceedings…

Though Tamaulipas is under a State Department “do not travel” advisory due to the severe violence, the Department of Homeland Security sent the plaintiffs there, where they have endured months-long horrific abuse, including assault, kidnapping, and rape by organized groups that control the area.

“In addition to the horrors catalogued in our filings, note that Mexican authorities have just charged members of the Tamaulipas state police with participating in a gruesome massacre of Central American migrants,” Jadwat added.