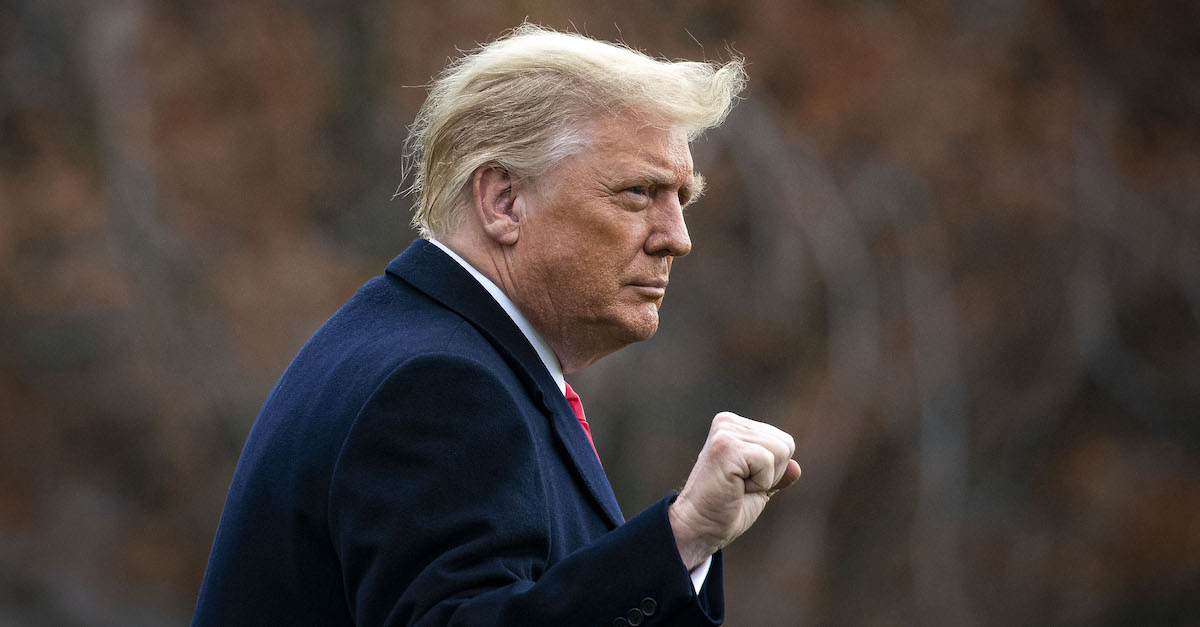 Several Republican members of the Pennsylvania State Senate penned an open letter to GOP congressional leaders urging them to delay certifying the Electoral College count on Wednesday. The letter, which relies on multiple unfounded allegations and falsehoods, was quickly endorsed by President Donald Trump.

Addressed to outgoing Senate Majority Leader Mitch McConnell (R-Ky.) and House Minority Leader Kevin McCarthy (R-Calif.), the letter makes the incorrect claim that the U.S. Supreme Court is set “to hear” a case filed by the 45th president alleging electoral fraud in the Keystone State “in the coming days.”

That case, stylized as Trump v. Boockvar, was docketed with the nation’s high court for briefing in late October but the nine justices have given no indication that the dispute will ever even be heard on the merits during oral argument–much less in the next few days. The president’s supporters have been misled before on what the docketing of a case means.

Indeed, the plodding nature of the lawsuit’s pace with the nation’s high court suggests exactly the opposite; that the court is less than inclined to move forward on the matter with any sense of urgency–likely dooming the would-be controversy to being dismissed as moot.

“Despite what the letter says, the Supreme Court is not set to ‘hear Trump v. Boockvar in the coming days,'” Bloomberg News Supreme Court reporter Greg Stohr noted via Twitter. “The court has (a) not even said whether it will hear the case and (b) ignored a Trump motion to expedite that sought to resolve everything before Jan. 6.”

Despite the inaccurate nature of that claim, Trump boosted the letter in a tweet early Wednesday morning.

“BIG NEWS IN PENNSYLVANIA!,” he wrote.

The president is technically correct that the letter qualifies as news but the import of the message sent to McConnell and McCarthy by GOP Pennsylvania State Senators Jake Corman, Kim Ward, Judy Ward and Kristin Phillips-Hill is little more than messaging–a declaration that the authors are standing by the lame duck White House until the end.

Some Pennsylvania Democrats have welcomed the state GOP’s fealty to Trump and his quixotic quest to overturn the 2020 election results.

“Everyone knows this is going down in a big hot flaming pile of garbage,” Pennsylvania Lieutenant Governor John Fetterman (D) said earlier this week. “I encourage all of them to vote for it. They’re setting themselves up for a moment decades from now where it’s like, ‘Grandpa, what did you do during 2020?’ And it’s like, ‘Well grandson, I told people not to wear a mask during a pandemic and I chose to simp for a president through seditious, meaningless performance art on the floor of the United States Senate.’”

The letter goes on to include additional false and overblown claims regarding the counting of votes in the state decisively won by President-elect Joe Biden.

“In addition to these inconsistencies, certified Republican poll watchers in Philadelphia were prohibited from overseeing the canvassing of ballots,” the letter falsely said–reiterating one of the Republican Party’s favorite conspiracy theories regarding the counting of ballots in the commonwealth. “After a court ordered these poll watchers to be allowed to observe, they were ‘corralled’ so far from the canvassing of ballots, that they could not view the activities.”