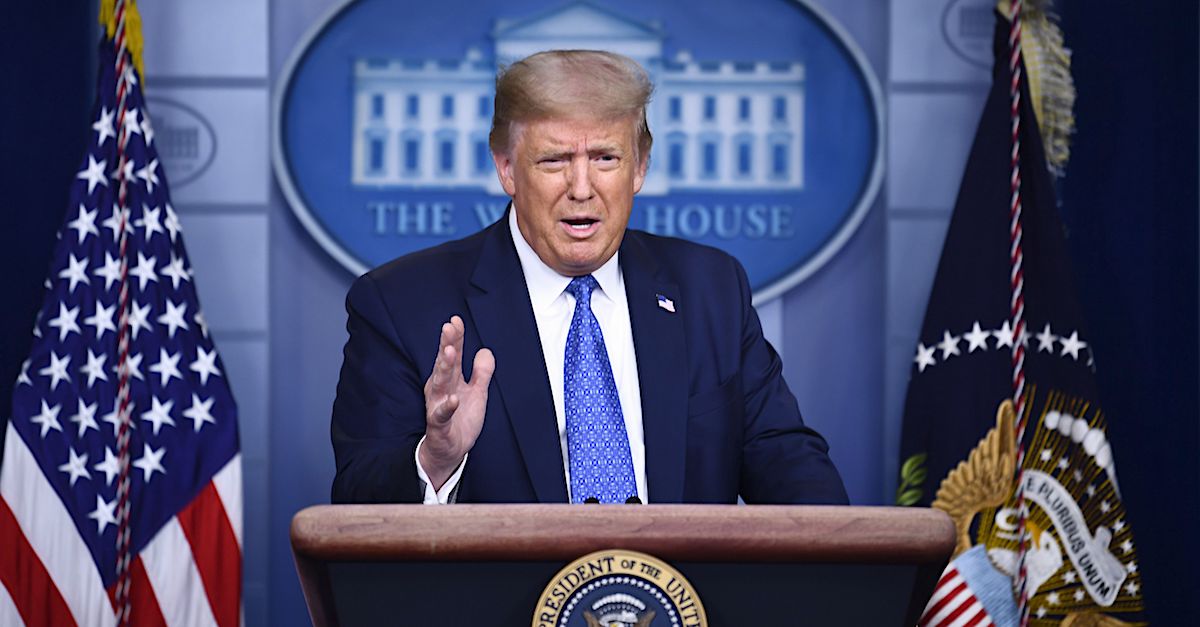 The State of California is accusing President Donald Trump and his administration of attempting to strip away one or more of its congressional seats and its standing in the electoral college. That’s according to a new lawsuit filed Tuesday in U.S. District Court for the Northern District of California.

The lawsuit takes aim at a Trump memorandum which seeks to influence the way “illegal aliens” are counted in the 2020 Census.  The memorandum says such individuals should be excluded “from the apportionment base.”  That concept, the memorandum argues, “is more consonant with the principles of representative democracy underpinning our system of Government” than the concept of simply counting everyone.

In other words, according to the Trump memorandum, “aliens who are not in a lawful immigration status” don’t count, and their numbers cannot be used to apportion districts to U.S. representatives or to tally a state’s significance in the electoral college.

California’s complaint is that “the exclusion of undocumented immigrants . . . will likely cause [California] to lose one or more seats in the U.S. House of Representatives and, consequently, one or more electors in the Electoral College.”  It goes on to quote part of Trump’s memorandum:

Current estimates suggest that one State is home to more than 2.2 million illegal aliens. constituting more than 6 percent of the State’s entire population. Including these illegal aliens in the population of the State for the purpose of apportionment could result in the allocation of two or three more congressional seats than would otherwise be allocated.

“Upon information and belief, the State referred to in this passage is the State of California,” the state’s lawsuit alleges.

The California lawsuit is similar, but not identical to, one filed by New York and a consortium of other states and local governments last week.  It says Trump’s memorandum is a departure from historical interpretations of the census count and is otherwise unconstitutional and unlawful.

Here’s how California is laying out part of its case (citations and quotations omitted):

For 230 years, since the first national census in 1790, the United States has included in the census count not only citizens, but all immigrants, regardless of their legal immigration status.

The U.S. Constitution mandates this historical practice by requiring an “actual Enumeration” that “count[s] the whole number of persons in each State” for the purpose of apportioning members of the U.S. House of Representatives among the states.

Thus, it is well settled that all persons residing in the United States must be counted to fulfill the Constitution’s “actual Enumeration” mandate for congressional apportionment.

Trump’s orders “threaten to seriously harm Plaintiffs State of California, City of Los Angeles, City of Long Beach, City of Oakland, and Los Angeles Unified School District (LAUSD),” the lawsuit alleges, “including by depriving them of their rightful share of congressional representatives and by depressing the 2020 Census count itself, which remains ongoing.”

The lawsuit also carries a reminder that attempts to add an actual citizenship question to the 2020 Census were already knocked down by a number of courts. In California, a federal district court judge agreed March 6, 2019 that adding such a question would carry “a substantial risk that California will lose its fair share of political representation in Congress, and by extension, the Electoral College.”