New York State’s Attorney General announced Friday afternoon that she is suing the Trump Administration over its attempts to prevent congressional districts from being influenced by counts of undocumented persons in the 2020 United States Census.  The attorneys general of nineteen other states, the District of Columbia, and a handful of cities and counties are joining her in the litigation.

We beat the president before in court, and we will beat him again.

‘The Constitution is abundantly clear:  For purposes of apportioning members of the House of Representatives among the states, every person residing in the U.S. during the census, regardless of legal status, must be counted,” the office of A.G. Letitia James said in a news release which takes direct aim at a recent Trump memorandum.  James also referenced what she called the “Trump Administration’s illegal maneuvers to manipulate the census count and congressional apportionment.” 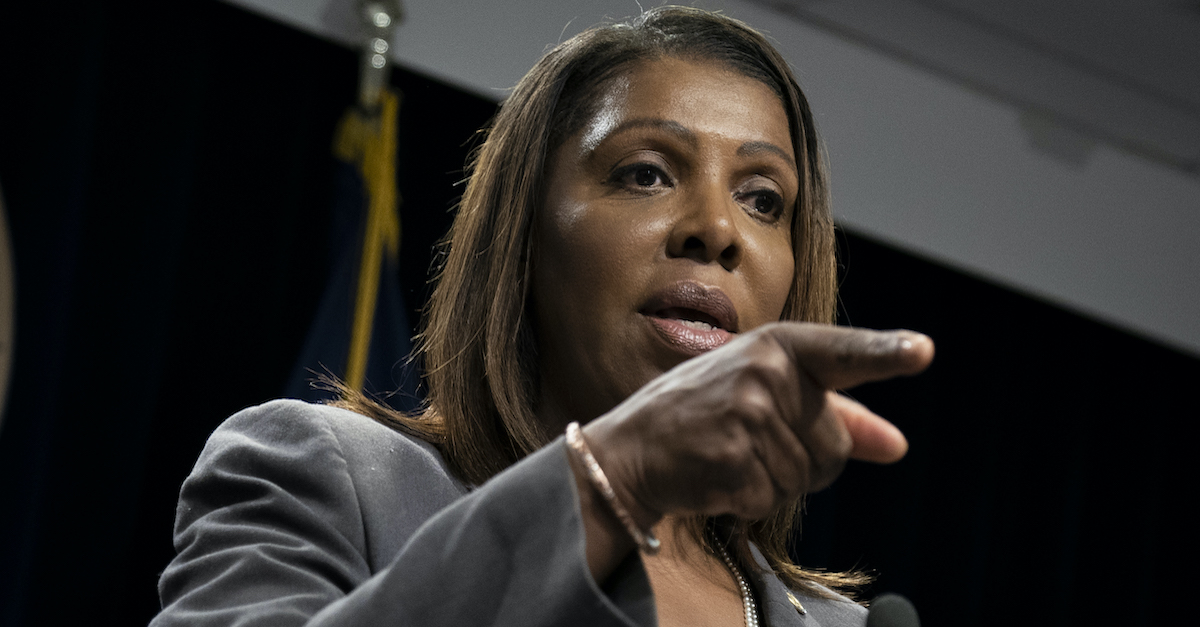 President Donald Trump on July 11, 2019, attempted to include citizenship questions in the 2020 census.  This year, on July 21, he issued a memorandum to the Secretary of Commerce (who oversees the census) to “warrant the exclusion of illegal aliens from the apportionment base” of congressional districts.

Let’s back up slightly to explain the process.  Congressional districts are determined by the census; each district contains roughly the same number of people.  The census guides the process.  However, according to the Trump memorandum, “[t]he Constitution does not specifically define which persons must be included in the apportionment base.”

Here’s the bulk of the president’s logic:

Although the Constitution requires the “persons in each State, excluding Indians not taxed,” to be enumerated in the census, that requirement has never been understood to include in the apportionment base every individual physically present within a State’s boundaries at the time of the census. Instead, the term “persons in each State” has been interpreted to mean that only the “inhabitants” of each State should be included. Determining which persons should be considered “inhabitants” for the purpose of apportionment requires the exercise of judgment.

For the purpose of the reapportionment of Representatives following the 2020 census, it is the policy of the United States to exclude from the apportionment base aliens who are not in a lawful immigration status under the Immigration and Nationality Act, as amended (8 U.S.C. 1101 et seq.), to the maximum extent feasible and consistent with the discretion delegated to the executive branch. Excluding these illegal aliens from the apportionment base is more consonant with the principles of representative democracy underpinning our system of Government.

Trump took aim at states whose policies were at odds with his elsewhere in the memorandum.

Many of these aliens entered the country illegally in the first place. Increasing congressional representation based on the presence of aliens who are not in a lawful immigration status would also create perverse incentives encouraging violations of Federal law. States adopting policies that encourage illegal aliens to enter this country and that hobble Federal efforts to enforce the immigration laws passed by the Congress should not be rewarded with greater representation in the House of Representatives. Current estimates suggest that one State is home to more than 2.2 million illegal aliens, constituting more than 6 percent of the State’s entire population. Including these illegal aliens in the population of the State for the purpose of apportionment could result in the allocation of two or three more congressional seats than would otherwise be allocated.

Many legal experts disagreed sharply with the president’s logic almost immediately. Now, the New York State Attorney General is on the record as being among them.

“President Trump’s proclamation is the latest in a long list of anti-immigrant actions and statements he has made since the beginning of his first campaign. It’s another election-year tactic to fire up his base by dehumanizing immigrants and using them as scapegoats for his failures as a leader,” James, the New York A.G., said in a news release. “No one ceases to be a person because they lack documentation, which is why we filed this lawsuit. Instead of fear mongering, now is the time to be engaging in a robust education and outreach campaign to ensure each person in this country is counted. We beat the president before in court, and we will beat him again.”

“No New Yorker should be fooled by the president’s latest partisan, political stunt, which is clearly illegal and unconstitutional,” said Julie Menin, director of NYC Census 2020 and executive assistant corporation counsel of the New York City Law Department. “To be clear, the census is safe, confidential, and there are no questions about immigration or citizenship. The single best way for all of us to respond to this latest threat is simply to respond to the census.”

READ the lawsuit below: