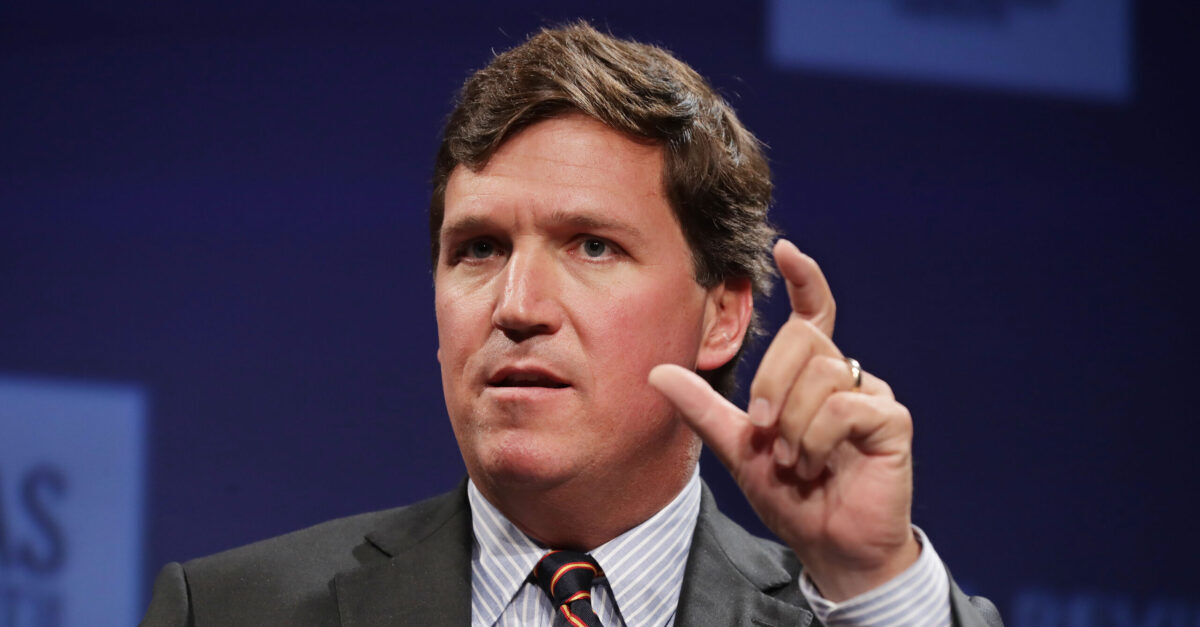 The Delaware judge overseeing a $1.6 billion lawsuit against Fox News has steered away from an attempt by Dominion Voting Systems, Inc. to obtain the internal personnel records of high-profile hosts Tucker Carlson, Sean Hannity, Maria Bartiromo, Jeanine Pirro, and former host Lou Dobbs. That’s according to a report by Bloomberg.

The judge overseeing the case said Dominion’s request for internal performance reviews was both “too intrusive” and “about as personal as it gets.” Judge Eric Davis made the comments during a discovery hearing, Bloomberg wrote, but did not go into detail about the broader ramifications of the request.

Per the Bloomberg retelling of the hearing, Dominion said it wanted the documents to “bolster its claim that Fox maliciously booked former President Donald Trump’s attorney Rudy Giuliani and former Trump campaign lawyer Sidney Powell to appear on its top-rated shows, where they spread false claims that the company rigged the 2020 presidential election.”

“These documents are relevant to Fox’s oversight of its on-air personalities and Fox’s knowledge of whether they were prone to lie and mis-inform the public on their shows,” Dominion said in a written document explained by Bloomberg in a separate pre-hearing report.

Judge Davis told FOX and Dominion to whittle down other evidence requests before dealing with the employment reviews, Bloomberg said. The issue may therefore come back in the future once other materials are handed over first.

Bloomberg characterized the judge’s attitude toward Dominion’s request for the personnel files as one of “skepticism.” However, it reported that the judge “spent much of the hearing criticizing the network for wildly asserting attorney client privilege to avoid disclosing other information.” Some of that information included whether — and, if so, the extent of — any joint defense agreements with the Powell, Giuliani, and MyPillow CEO Mike Lindell.

“The existence of a joint defense agreement is not privileged,” Davis said, again according to Bloomberg. “We all know that’s not true.”

The judge seemed inclined to allow Dominion to obtain information about advertising deals between Lindell and FOX — thus suggesting a possible economic motive for the conservative news organization to give Lindell air time in editorial time slots.

According to multiple reports, Lindell yanked his advertisements from FOX programming but returned recently. However, he then bizarrely claimed on a podcast with Steve Bannon that FOX and Dominion cooked up the billion-dollar litigation in a weird scheme to eject Lou Dobbs from the FOX programming lineup.

FOX has argued that much of the data Dominion seeks is protected by attorney-client privilege. Judge Davis said that Lindell is not FOX’s client.

Dominion sued FOX in late March for allegedly turning a “small flame” into a “forest fire” of election conspiracy theories.

“As the dominant media company among those viewers dissatisfied with the election results, Fox gave these fictions a prominence they otherwise would never have achieved,” Dominion’s attorneys wrote in a 138-page complaint.

FOX has more broadly sought to scuttle the Dominion lawsuit on First Amendment grounds. It has long argued that its broadcasts are protected free speech on an important issue raised by the then-president himself — and one it says required full public debate.