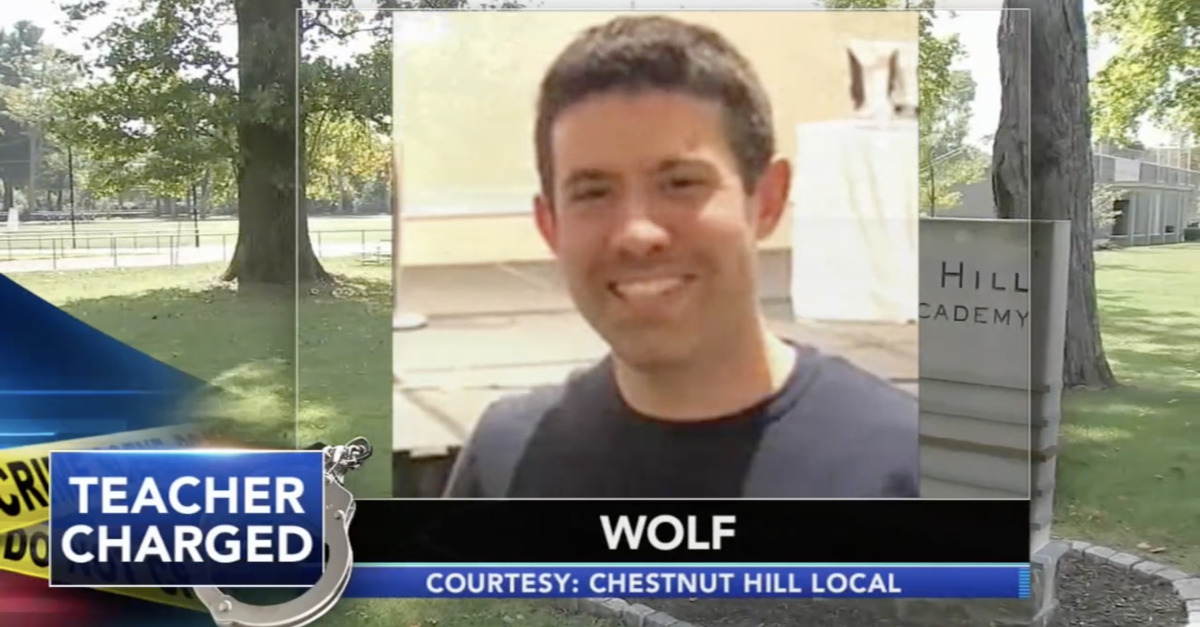 Andrew Wolf, 41, stands accused of multiple child-pornography-related offenses that stem from the defendant allegedly purchasing several sexually explicit videos of a 13-year-old boy in exchange for a $100 PlayStation gift card in July of this year.

“As alleged in the Criminal Complaint, the defendant communicated with a child for the purpose of sexually exploiting the child’s naiveté – an abhorrent crime made even worse because of the defendant’s position as a teacher,” Acting U.S. Attorney for the Eastern District of Pennsylvania Jennifer Arbittier Williams said in a press release.

In the complaint, authorities say they were tipped off the defendant’s alleged behavior by a tip from Dropbox about “one file depicting suspected child pornography to the user’s account.” The FBI reviewed that video and determined it was, in fact, child pornography.

In addition to the video described above (which had been deleted by the time the FBI obtained a search warrant for Wolf’s full account), federal agents also allegedly found three additional files “depicting sexually explicit images or videos of unidentified apparent minors.”

The initial charging document contains a detailed and lurid description of Wolf’s alleged interactions with the 13-year-old boy. Due to the extremely graphic nature of those conversations, they are not being reprinted in full herein.

A U.S. magistrate judge ruled on that motion in court today and ordered Wolf to be held while awaiting trial.

“Any adult who manipulates a child into providing explicit images of themselves, as alleged here, needs to answer for it,” Acting Special Agent in Charge of the FBI’s Philadelphia Division Bradley S. Benavides said in a press release. “It’s especially pressing when the adult in question works with kids every day.”

If convicted as charged, the defendant faces a maximum possible sentence of 40 years in prison.

The full complaint can be read below: