Dominion Sues Fox News for $1.6 Billion for Turning ‘Flame’ of Post-Election ‘Lies’ into a ‘Forest Fire’ 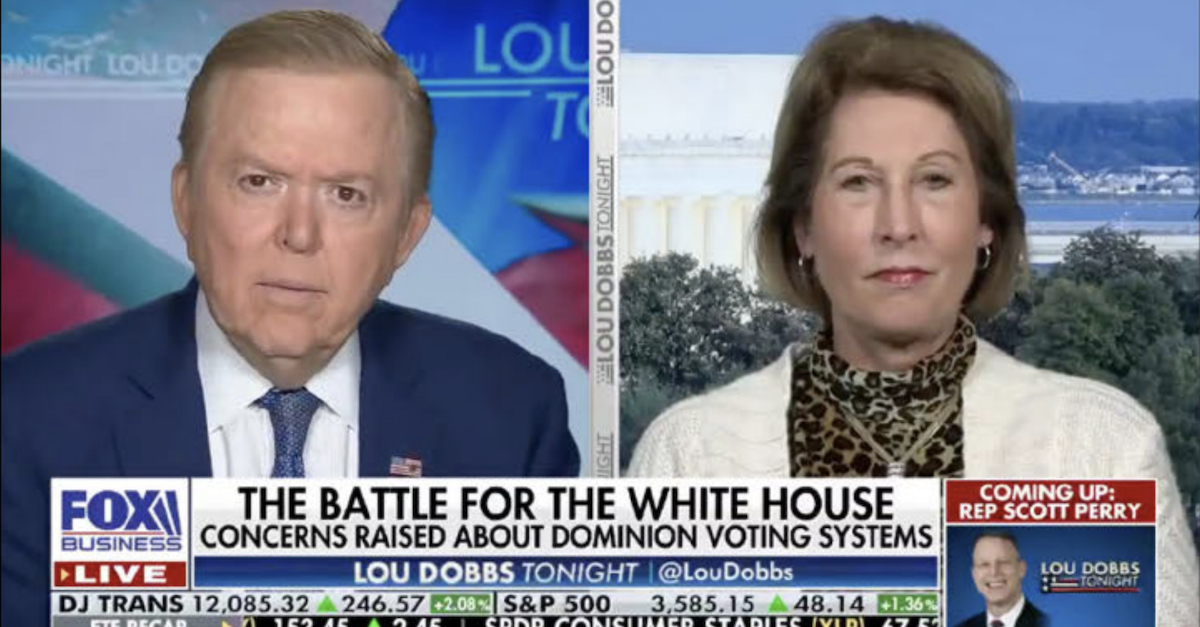 “Fox took a small flame and turned it into a forest fire. As the dominant media company among those viewers dissatisfied with the election results, Fox gave these fictions a prominence they otherwise would never have achieved. With Fox’s global platform, an audience of hundreds of millions, and the inevitable and extensive republication and dissemination of the falsehoods through social media, these lies deeply damaged Dominion’s once-thriving business,” Dominion wrote in a 138-page complaint, with hundreds of more pages of exhibits.

Earlier this week, Powell tried to fend off the more than $1.3 billion in liabilities against her personally by arguing in a motion to dismiss that “no reasonable person” would believe that her well-publicized comments about an international plot against former President Donald Trump were “statements of fact.” Powell appeared as a guest on Lou Dobbs Tonight and Maria Bartiromo’s “Sunday Morning Futures” show, peddling the ideas the lawyer now claims only the unreasonable would believe were factual.

Dominion claims that Fox knowingly lied to its viewers, who were flocking in droves to networks farther to the right.

According to the lawsuit, the strategy succeeded for Fox. The husband of its host Jeanine Pirro, who pushed stolen-election theories on her show, received an eleventh-hour pardon from Trump. Ratings for Dobbs shot up almost 27 percent, and Bartiromo’s went up 23 percent.

But Dominion says Fox’s blitz was bad for the country, repeatedly referring to the storming of the U.S. Capitol on Jan. 6th.

So-called “zip-tie guy” Eric Gavelek Munchel, who brought tactical restraints into the Senate chamber that day that prosecutors feared could have been used to take hostages, posed with his gun in front of a Fox broadcast, the lawsuit notes. 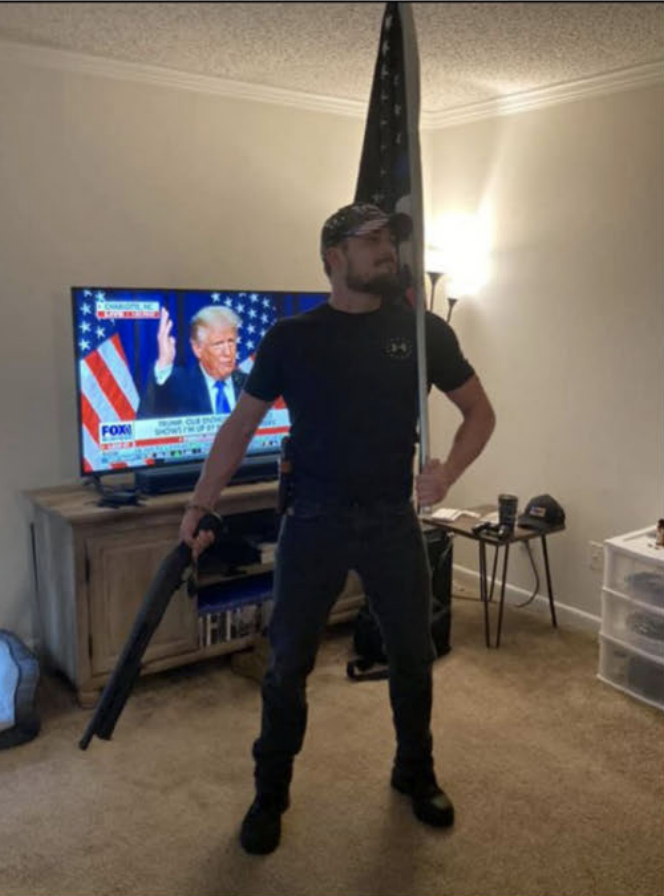 Dominion CEO John Poulos said in a statement that the “disinformation campaign” waged against the company “caused us severe damage and undermined trust in American democratic institutions.”

“These lies also have threatened the personal safety of our employees and customers,” Poulos said. “No amount of money will repair the damage done.”

“Furthermore, multiple U.S. government agencies, third parties, and elected officials across 28 states have conclusively affirmed that no voting system deleted, lost, or changed votes in the 2020 election,” Clare wrote in a statement. “However, if a viewer watched Fox, they would be none the wiser. The network endorsed, repeated, and broadcast a series of verifiably false, yet devastating, lies about Dominion. Fox’s viral disinformation campaign reached over a billion people worldwide and caused enormous harm to Dominion.”

Dominion also filed a billion-dollar lawsuit against Rudy Giuliani and in December, sent out 21 letters demanding retractions or record preservation over what has become known as the “Big Lie” of election fraud. The company has said it has not ruled out the possibility of suing Trump.

“To fan the flames, Fox turned to Sidney Powell and Rudy Giuliani, neither of whom were official White House spokespeople and both of whom were promoting a baseless defamatory campaign against Dominion, claiming that the election had been stolen by vote-flipping algorithms in Dominion machines that had been created in Venezuela to rig elections for Hugo Chávez,” the lawsuit notes. “As Fox well knew, Powell and Giuliani were facially unreliable sources and their claims were ludicrous, inherently improbable, and technologically impossible. Powell was and is such an obviously unreliable source—and her claims about Dominion were so inherently improbable and outlandish—that those very same lies resulted in Tucker Carlson publicly mocking her for failing to produce evidence to support them.” 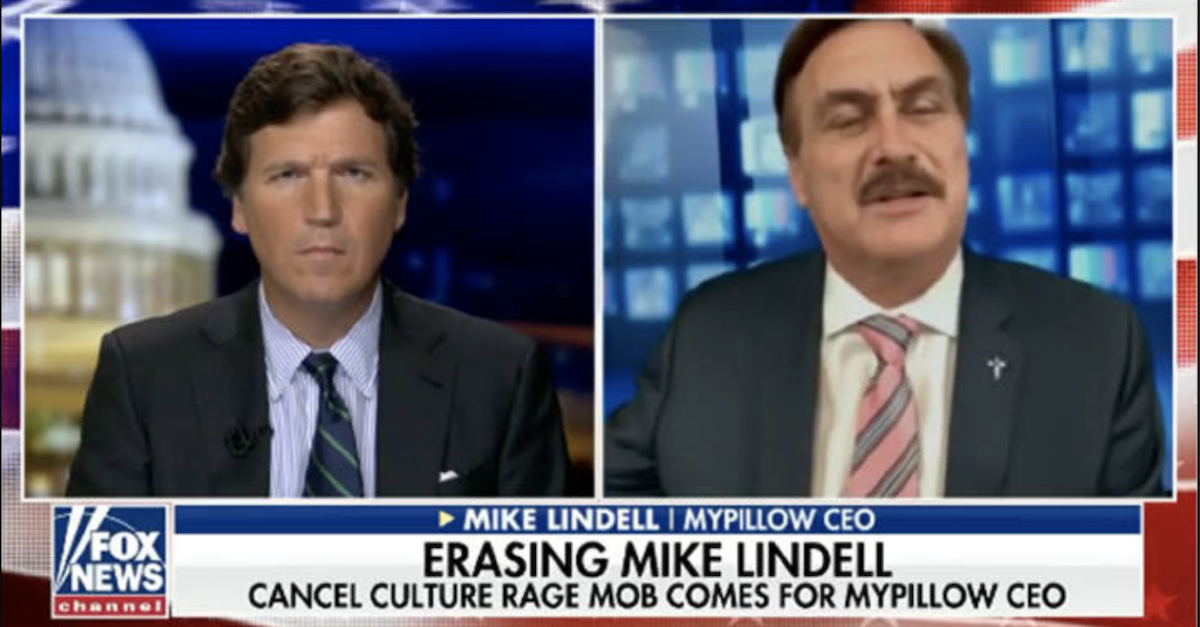 As the lawsuit notes, even Carlson jumped upon the Dominion-bashing bandwagon later in a segment featuring MyPillow CEO Mike Lindell, who dared the voting machine company to sue him.

“So this is — it — you know, they don’t want to talk about it,” Lindell claimed of his supposed evidence.

“No they don’t,” Carlson appeared to agree.

“Fox News Media is proud of our 2020 election coverage, which stands in the highest tradition of American journalism, and will vigorously defend against this baseless lawsuit in court,” the company said in a statement.