Here Is a Rolling List of Drugs U.S. States Just Voted to Decriminalize or Legalize 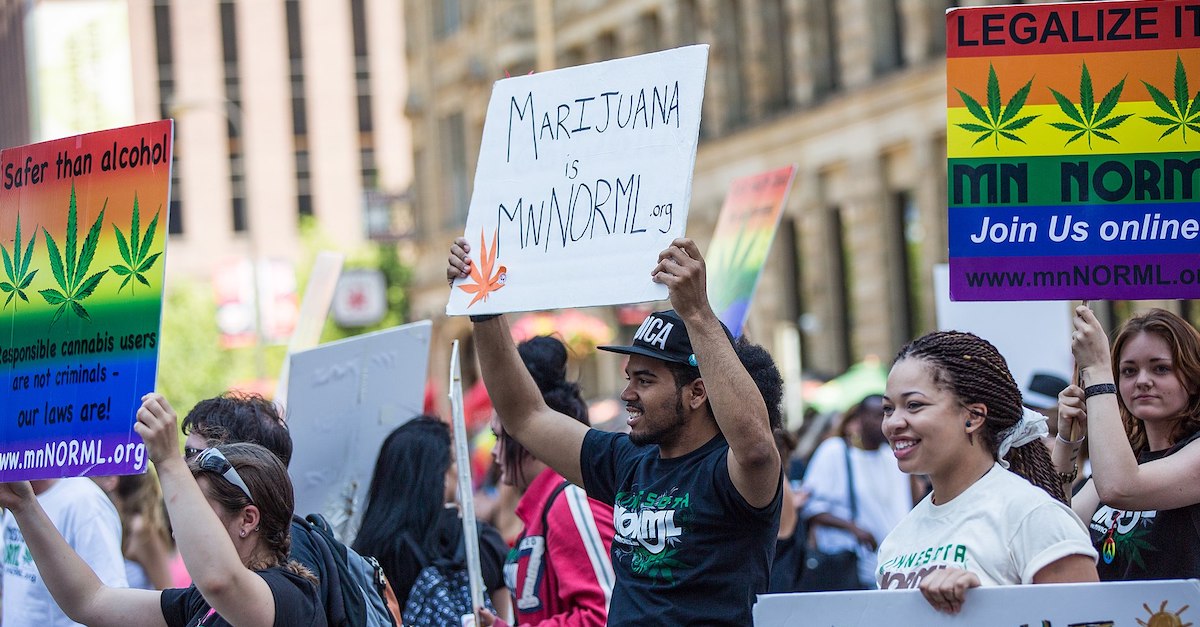 The nation’s capital, which legalized minimal amounts of cannabis for personal use some five years ago, has a so-called “Magic Mushroom” referendum that could deprioritize enforcement of laws against certain psychedelics. Washington, D.C. voters appear poised to do so.

Providing analysis of these measures is well-known defense attorney Joseph Bondy, a board member for the National Organization for the Reform of Marijuana Laws (NORML) who had regularly made national headlines recently for representing key impeachment witness Lev Parnas.

Currently awaiting a federal trial linked to the president’s Ukraine scandal, Parnas made no secret that he and his son Aaron Parnas, author of the self-published book “Trump First,” voted for Vice President Joe Biden during this presidential race.

As his client awaits trial next year, Bondy sounded off on some of the major victories for drug policy reformers tonight.

Becoming the first state to decriminalize possession of all illegal drugs, Oregon overwhelmingly voted in favor of Measure 110, favoring treatment over prosecution.

The Drug Policy Alliance, a New York City-based non-profit group, called its passage an “unprecedented victory”—and a watershed one.

“It shifts the focus where it belongs—on people and public health—and removes one of the most common justifications for law enforcement to harass, arrest, prosecute, incarcerate, and deport people,” the group’s executive director Kassandra Frederique wrote in a statement. “As we saw with the domino effect of marijuana legalization, we expect this victory to inspire other states to follow suit and enact their own decriminalization policies that prioritize health over punishment.

The first-in-the-nation development had Bondy hailing the vote as an embrace of the Portugal model.

“If you look at the data out of Portugal and out of Europe in general, you see a far lower incidence of ongoing addiction and drug use than you do the United States,” Bondy noted, wondering whether a similar trend will follow in Oregon. “Perhaps we’ll find the drug use goes down and that the model shifts or that there’s a more responsible dialogue and use pattern emerging. It’ll be interesting to see what occurs there.”

Four years ago, Vice News reported those results were dramatic: the HIV infection rates in Portugal plummeted since the law took effect in 2001, declining from 1,016 cases to only 56 in 2012. Overdose deaths also fell from 80 to only 16 within the same time frame, and those successes continued continued to inspire medical authorities Oregon’s near-neighbor some 750 miles north: British Columbia, Canada.

Not quite a decriminalization measure, the Initiative 81 was overwhelmingly approved by D.C. voters to make enforcing laws against psilocybin the lowest priority for D.C. police, but what that means could be in the eye of the beholder.

“Law enforcement might exercise their discretion in a way that would all too often, whether because of some implicit bias or explicitly,” Bondy said, pointing to the arrests of student activists at the University of California at Berkeley in the 1960s. “There’s been a longstanding history of equating marijuana use and psychedelic drug use with anti-war protesters.”

Washington D.C. is about to find out what they voted for: Supporters of the measure held a commanding 76-to-23 percent lead, with 61 percent of ballots counted and the race called by press time.

Choosing between two separate medical marijuana referendums, Mississippi voters appear to be choosing the broader one allowing cannabis use for 20 listed medical conditions over the more restrictive one heading for defeat would have limited its use to the terminally ill.

With nearly 93-percent of all ballots counted by press time, the former measure was approved 74-to-26 percent margin.

Medical marijuana is hardly the vanguard for the drug-law liberalization movement, but it just might be for the Deep South. For the deep red Magnolia State, medical marijuana has the potential to shift cultural attitudes toward the drug more broadly.

“I was just thinking about the demographics of Mississippi to be what I understand to be a relatively conservative background,” Bondy noted. “One of these places that looks at cannabis as traditionally being very, very bad—the devil’s lettuce.”

“You found that people didn’t think it was so bad to be providing cannabis to people who are suffering from an incurable disease at the end of their life,” Bondy said, pointing to the example of late activist Dennis Perone’s breakthrough in showings its therapeutic value in response to the AIDS crisis in the 1980s. “Same with cancer. Same with any kind of end-of-life palliative care.”

New Jersey voters opted at a rate of more than two-to-one to legalize the possession and use of recreational marijuana on Tuesday.

Bondy believed the Garden State could prove to be a bellwether for its neighbors in New York.

“There will be a significant economic incentive that will be driven by lots of voices within the industry who are attempting to expand the market already in New York,” Bondy noted. “We’re in a pandemic, and the governor has expressed just last week an interest in legalizing marijuana, citing the fact that now was the time for us to begin to capture that tax revenue.”

“Now, the legislature must immediately act to adopt enactment legislation to end arrests and establish statutory guidance for a regulated adult use market,” Caruso told Law&Crime. “We are hopeful that legislation will pass and be signed into law later this month and that adult use sales could begin in NJ in the 3rd or 4th quarter of 2021.”

New Jersey’s plan is to have a body deemed the “Cannabis Regulatory Commission” oversee the new industry, comprised of five members.  Democratic Governor Phil Murphy will appoint three, and each of the heads of the state Legislature — State Senate President Stephen Sweeney and Assembly Speaker Craig Coughlin — will tap one.