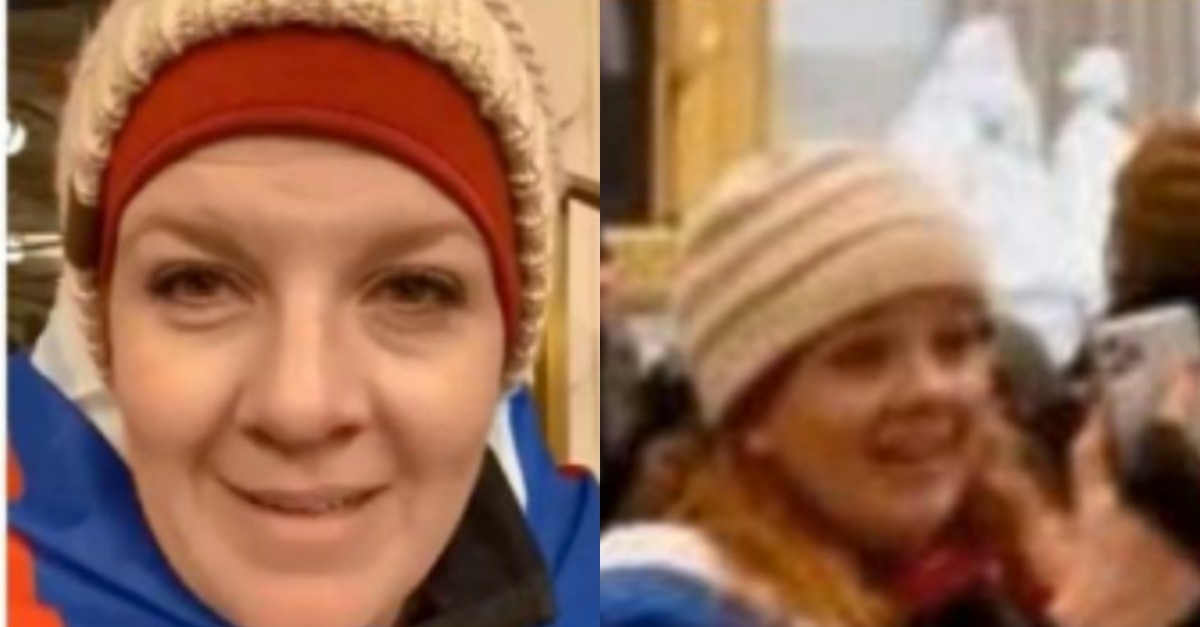 A Texas woman and florist accepted a plea deal on Wednesday over her participation on the Jan. 6 attack on the U.S. Capitol.

Jenny Louise Cudd originally made headlines when she requested a bail accommodation from the court in order to travel to Mexico for a pre-planned business trip. That request was eventually granted.

Facing the prospect of serious prison time if convicted as charged, Cudd’s attorney depicted Washington D.C. as something akin to enemy territory. In a legal brief brimming with culture war-infused bromides, defense attorney Marina Medvin pleaded for a change of venue.

Offering Texas as an alternative, the defense motion argued:

Multiple Jan. 6 defendants made similar arguments, which federal judges have routinely rejected, sometimes indignantly. Prosecutors noted that the defense failed during the prosecution of former President Richard Nixon’s top officials during the Watergate era. The failure of the defense motion paved the way for negotiations, reportedly taking the form of multiple plea offers, according to BuzzFeed News’s Zoe Tillman.

On Tuesday, Cudd’s co-defendant Elial Rosa was handed down a lenient sentence of 12 months probation, 100 hours of community service, and $500 in restitution.

Assistant U.S. Attorney Amanda Fretto reportedly said Cudd accepted the government’s “most recent” and “most lenient” offer. Medvin said this was the only actual offer on paper and that they were holding out for the same deal that Rosa received.

Rosa pleaded out on the fifth charge and, against the government’s request for a month on home confinement and lengthy probation, received the relatively light sentence described above.

Per the terms of the deal, Cudd is likely to face zero to six months in jail.

The government reserves the right to seek a higher sentence—known as an “upward departure”—on a terrorism enhancement at the time of sentencing, but the defense said they will oppose any such argument. Cudd’s attorney reportedly argued such sentencing enhancements are not available for the equivalent of a misdemeanor charge.

The defendant is currently slated to be sentenced on March 18, 2022.

According to Tillman’s reporting, Cudd is the 100th Capitol rioter to plead guilty.