Police Found a Woman Stabbed to Death in California. The Suspect Is an Ex-Boyfriend with a Restraining Order. 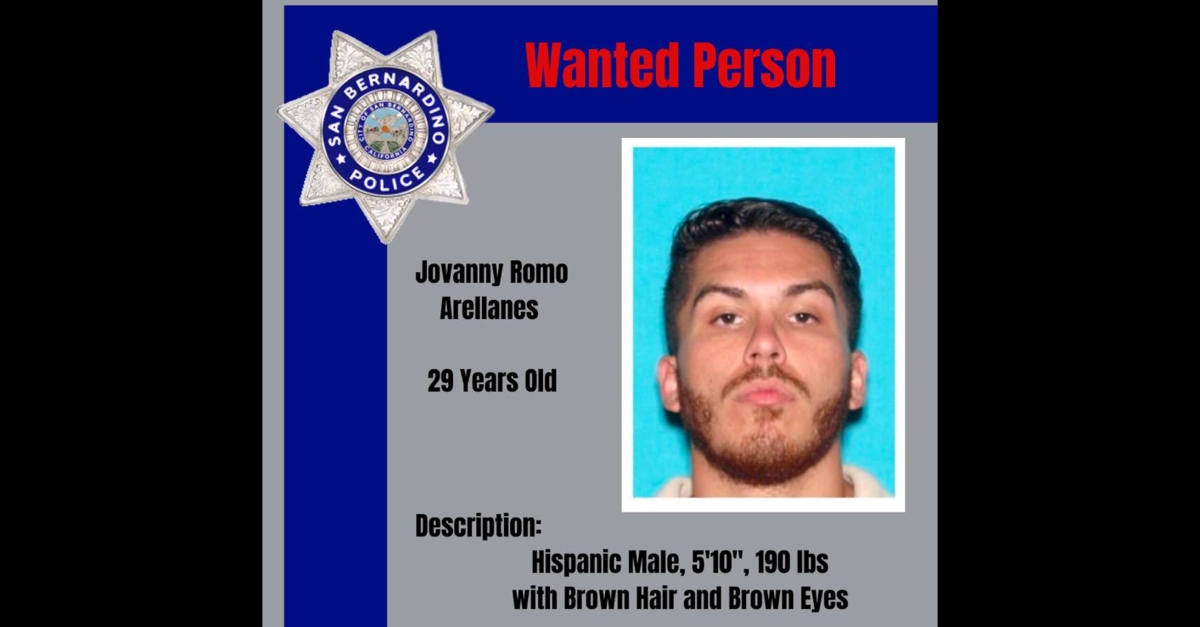 Police are searching for a man who allegedly killed his ex-girlfriend while she had a restraining order against him. Jovanny Romo Arellanes, 29, stabbed Briseida Guillen to death in her upper body, the San Bernardino Police Department in California alleges.

Officers said they responded to the home at 1545 N. Sepulveda Avenue about a possible domestic violence call. They arrived to find Guillen with stab wounds to her upper body.

“Witnesses identified her boyfriend as Jovanny Romo Arellanes,” police wrote. “Through further investigation, Arellanes was positively identified as being responsible for the stabbing death of Guillen.”

Guillen’s family told KTTV that she had texted friends about Arellanes showing up to her home. She had a restraining order against him. Those friends went to her home to help, but it was too late, relatives told the outlet.

Jovanny Romo Arellanes, 29, is wanted for the murder of Briseida Guillen, 26, who was found stabbed to death inside her home in San Bernardino. Her family said she had a restraining order out against Arellanes prior to her death. https://t.co/r92AHx9rKQ

“On Oct 9th[,] 2021 – A victim of domestic violence[,] Briseida Guillen[,] a beautiful sister, daughter, aunt and friend was tragically taken from us unexpectedly,” wrote her sister.

Meanwhile, police continue to look for her alleged killer. Cops did not immediately return a Law&Crime request for more information. Officer described Arellanes as a Hispanic man, standing 5-foot-10, and weighing 190 pounds. He has brown hair and brown eyes.

“Anyone with information regarding the incident or the location of Arellanes is asked to call Detective Hernandez at 909-384-5620, or Sergeant Campos at 909-384-5613,” police wrote.