‘I Am Definitely Not an Angel’: Man in U.S. on Political Asylum Thanks Taxpayers for His Federal Public Defender in Jan. 6 Case 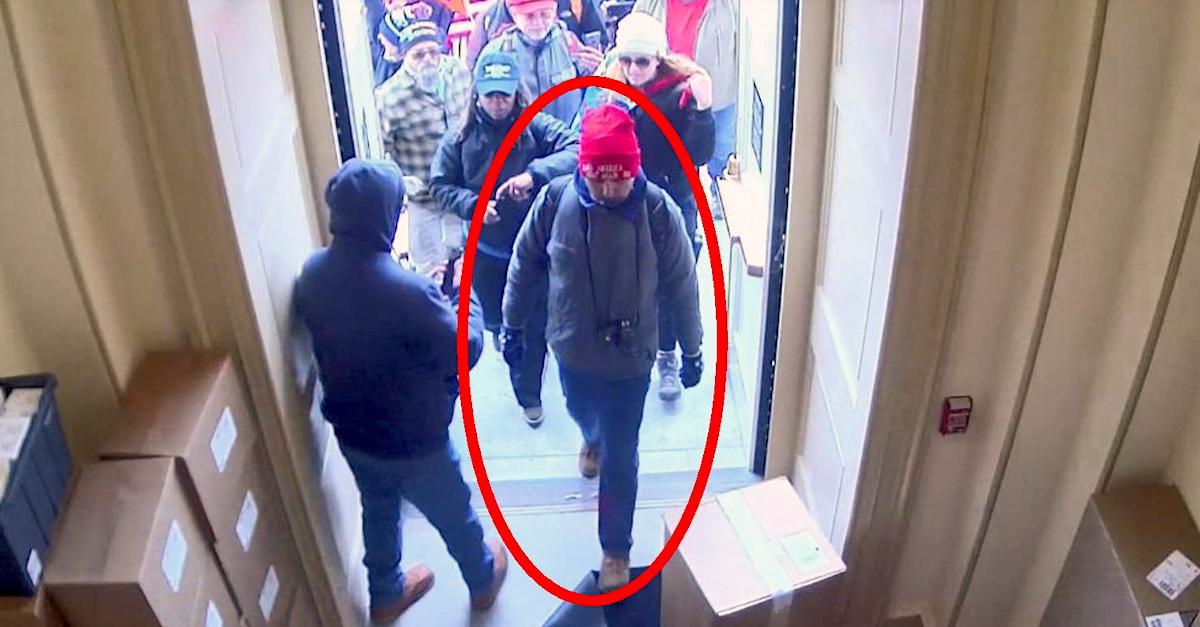 A federal judge on Tuesday morning declined a request by prosecutors to sentence a man who admitted he was present inside the U.S. Capitol on Jan. 6 to one month of home confinement. Rather, Judge Trevor McFadden decided that defendant Eliel Rosa would be sufficiently deterred from any future criminal activity by serving 12 months on probation, performing 100 hours of community service, and pay $500 in restitution.

According to court documents, Rosa, currently of Texas, is in the United States on political asylum. While being sentenced, he thanked U.S. taxpayers for footing the bill for his federal public defender.

Prosecutor Amanda Fretto unsuccessfully argued that “probation should not be the default” sentence for Jan. 6 defendants given the totality of the circumstances which engulfed the U.S. Capitol Complex that day earlier this year.

However, “there is a need for consequences here,” she pivoted — and she also argued that lesser sentencing options (other than at least some home detention) “will not cut it.”

Fretto also said that the defendant showed “clear signs” of violent entry — even though he didn’t directly fight with the police.  She characterized the defendant as one who saw signs of chaos but kept pressing forward and ultimately entered the Capitol.

“All of us have sort of been on home detention for the last year and a half,” McFadden told the defendant while tacitly referencing the patchwork of COVID-19-related lockdown orders that have been in varying degrees of effect across the country — and which have in some echelons been summarily flaunted and disregarded.

McFadden said a month of home confinement would serve “no additional purpose” in this case and that the government’s request “feels odd” to him.

The probation office suggested a sentence of two years of probation and no prison time, the judge noted. But he ultimately decided that was too strict as well.

Federal authorities alleged that Rosa and Texas florist co-defendant Jenny Louise Cudd entered the capitol at 2:35 p.m., went to the rotunda, took photos, walked “across the Sanctuary Hall,” departed “from a large crowd,” walked toward the House Chamber, and then left the building around 2:43 p.m. Cudd streamed video of the “actual forced entry of the U.S. Capitol” and made a series of admissions about her whereabouts and rationale for being there, the authorities alleged. Two days later, she explained to a local television station precisely what she was doing — and why.

Rosa spoke with the FBI in Midland, Texas, on Jan. 8 — two days after the siege. “Rosa admitted that he and Jenny Louise Cudd had entered the U.S. Capitol on January 6, 2021,” the feds alleged in a statement of facts. A sentencing memorandum says Rosa turned himself in immediately upon learning the FBI was beginning to investigate what occurred on Jan. 6 — but before he was apparently even identified as a potential suspect.

Rosa and Cudd were indicted on the following five counts: (1) obstruction of an official proceeding (with aiding and abetting); (2) entering and remaining in a restricted building or grounds; (3) disorderly and disruptive conduct in a restricted building or grounds; (4) disorderly conduct in a capitol building; (5) parading, demonstrating, or picketing in a capitol building.  According to a plea agreement, Rosa agreed to plead guilty to count five, a misdemeanor.  He therefore avoided at least one more serious felony charge.

Michelle Peterson, Rosa’s lawyer, noted that Rosa is in the United States on political asylum and said the case carries possible immigration consequences.  According to Peterson’s sentencing memorandum on Rosa’s behalf:

Mr. Rosa is 53 years old and hopes to one day become a United States citizen. He was born in a small town in Brazil, the son of a local evangelical pastor. He married his wife in 1991 in Brazil, and they had their first child in 2000. Two years later, they moved from Sao Paulo to Curitiba, where he worked for the town’s Mayor. Due to political persecution, he and his family came to Midland, Texas in 2016 at the invitation of friends who were, and still are, the pastors of a small Mexican-American church. He intended to attend Regent University. He and his wife began working with the church. He applied for asylum, and the asylum application was granted in October 2018. His asylum status put him and his family on track for obtaining green card status after two years, and potentially citizenship status after five years.

While speaking to the judge, an erudite and eloquent Rosa quoted James Madison’s Federalist 51.

“If men were angels, no government would be necessary,” Rosa quoted Madison.

“I am definitely not an angel,” the defendant admitted.

He then said he was pleased he had the “ability to repent” for his wrongdoing pursuant to the Christian faith.

“I humbly accept” whatever the judge’s final sentence would be, Rosa continued.

The judge gave Rosa substantial credit for having immediately turned himself in to federal authorities in early January — and ultimately went for a punishment lighter than both federal prosecutors and federal probation officers suggested. But he also chastised the defendant for what he had done.

“Sir, you participated in a shameful event — a national embarrassment that made us feel less safe, less confident this country can be ruled democratically rather than by mob rule,” the judge said.

“When people allow themselves to be swept up,” they create “chaos” and “lawlessness,” the judge continued. “That’s the danger of mobs.”

While noting substantial mitigation efforts by the defendant himself, the judge further noted that Federalist 51 “emphasized the need for government” given the foibles of mankind.

“Democratic transition of power” is critical to our “national ethos,” the judge said while opining that the defendant’s participation in the events of Jan. 6 was a “strange aberration” in an otherwise lawful life. The judge told Rosa he was “confident you will never do anything like this again.”

The sentence was among the lightest thus far handed down against a Jan. 6 defendant.