Texas Florist Who Admitted to Being in Pelosi’s Office Wants Case Moved from D.C. Because of ‘Cancel Culture’ 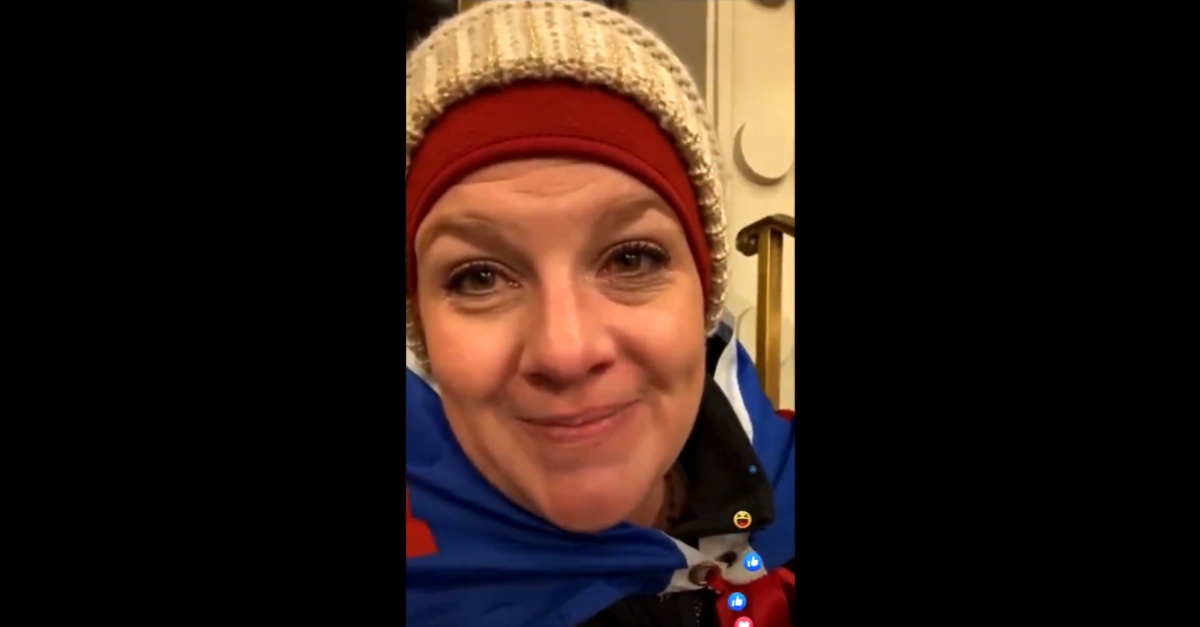 A high-profile defendant in the U.S. Capitol siege wants her case severed from a co-defendant she was charged with, and she also demands a change of venue, asserting she cannot get a fair trial in the liberal-heavy Washington, D.C. because of “cancel culture.” The defense for Texas florist Jenny Louise Cudd, who was on video happily admitting to being in the office of House Speaker Nancy Pelosi, asserted authorities were creating the “illusion” of a conspiracy between her and Eliel Rosa by linking their cases.

“According to the Government’s Statement of Facts, the two were seen on security footage walking into the building, walking around, and walking out,” attorney Marina Medvin said in a filing Wednesday. “There is no evidence of communications or a plan between the two to enter the Capitol. Instead, the evidence is purported to be that they were at the same place, at the same time, followed a crowd into the open doors of the Capitol building, then walked out. They didn’t take anything, they didn’t break anything.”

Cudd was among rioters raiding the U.S. Capitol Building on Jan. 6, after then-President Donald Trump continued to lie that he actually won the 2020 presidential election. The invaders postponed but did not prevent Congress for counting electoral college votes weighing in favor of the real winner, President Joe Biden. Cudd has said she engaged in no property damage or otherwise engaged in violence. A judge permitted her to travel to Mexico in February.

The defense also wants a change of venue, asserting Cudd could not get a fair trial in Washington, D.C. because of “cancel culture.” From the motion:

“Out of those prospective D.C. jurors, how many will disobey ‘cancel culture’ and the social pressure to punish Ms. Cudd for being politically incorrect?” the defense motion stated.

Medvin suggested the Western District of Texas as an alternate jurisdiction.

The Federal Bureau of Investigation says that security camera footage puts Cudd and Rosa together inside the Capitol Building. For example, the two entered through the Upper West Terrace Door, were seen in the Rotunda, and were seen leaving the premises. 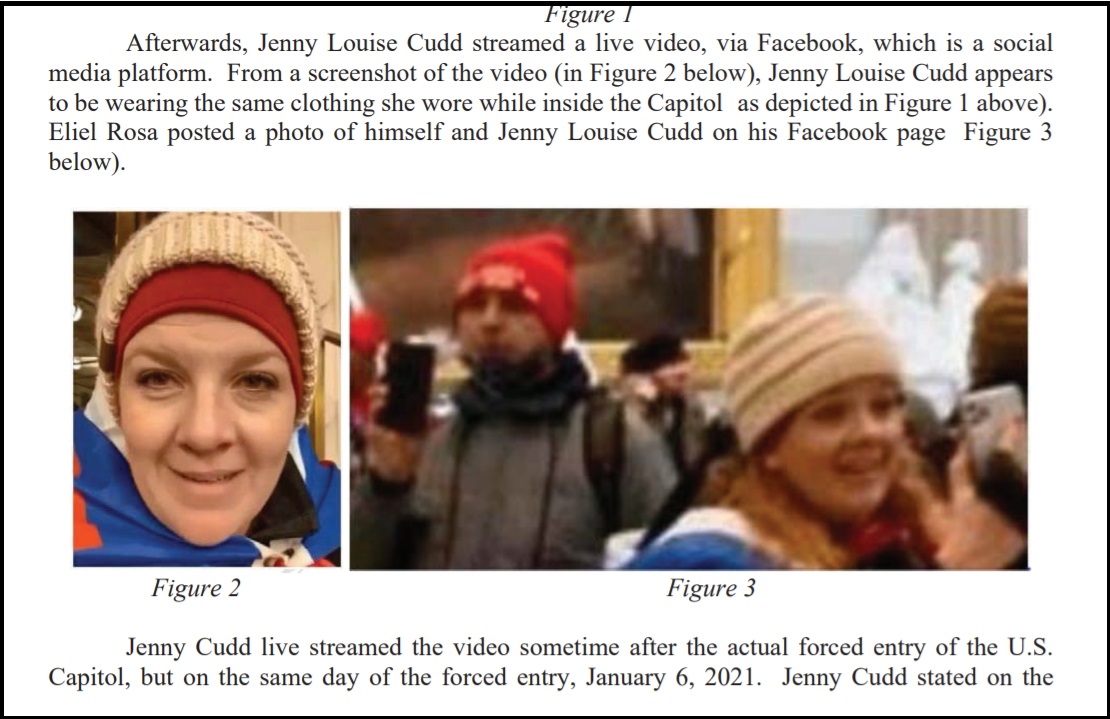 The defendants were indicted together for charges including obstruction of an official proceeding, and disorderly and disruptive conduct in a restricted building or grounds.

Cudd’s defense asserts the government joined these cases, in part, to introduce evidence against the two defendants that the prosecution wouldn’t be able to use if the two were tried separately. From the motion:

The purpose of the government’s joinder of these cases is (i) to create the appearance of a conspiracy or plan, something with which they are not charged, (ii) to bolster the illusion of a stronger case against each of the defendants through aggregation by creating a where there’s smoke there’s fire implication, and (iii) to readily admit evidence against them that would not be admissible against the individual defendants if they were tried separately. For example, Mr. Rosa provided a statement to the agents. This statement would normally not be admissible in a trial of Ms. Cudd without Mr. Rosa taking the stand to testify and give Ms. Cudd an opportunity to cross examine Mr. Rosa; but if the cases are joined, the statement can be introduced against Mr. Rosa, and hence be presented at the trial of Ms. Cudd, without Mr. Rosa needing to take the stand and without Ms. Cudd’s counsel having the opportunity to cross examine Mr. Rosa on that statement.