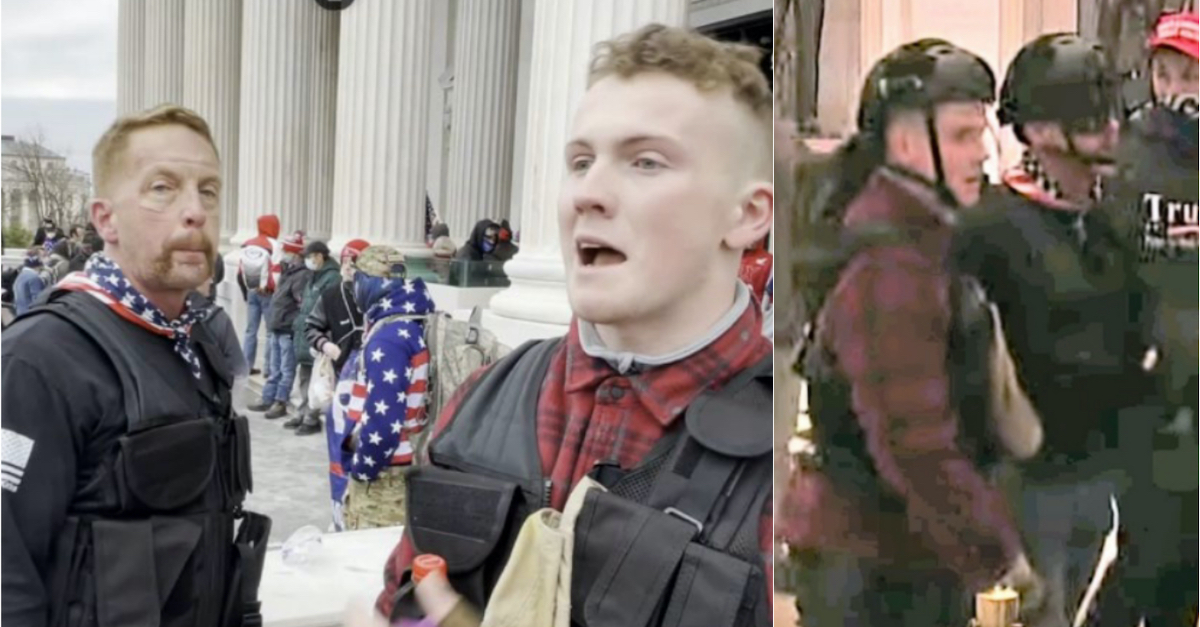 Tennessee father Mark Waynick, 51, and his son, Jerry McKane Waynick, 19, have been charged with assaulting law enforcement during the Jan. 6 attack on the U.S. Capitol.

A Tennessee father and son joined a growing list of people whom prosecutors say treated the Jan. 6 assault on the U.S. Capitol as a family affair.

Mark Waynick, 51, and his son, Jerry McKane Waynick, 19, were both spotted wearing black tactical vests and helmets at the Capitol. The father also had on black knuckle protectors, while his son sported tan tactical gloves, the FBI notes in a 17-page affidavit.

Clad in this gear, the Waynicks allegedly rumbled with U.S. Capitol Police and D.C. Metropolitan Police Department officers. Prosecutors say that they “joined other rioters” in an effort to break the perimeter line established on the West Front of the building.

Around 1:36 p.m. Eastern Time, surveillance footage and body-worn cameras allegedly captured the duo “rushing toward the line and pushing against and reaching toward the officers lined up at the barricade.” The son was caught on tape trying to grab the baton of one of the officers during the assault, prosecutors say. 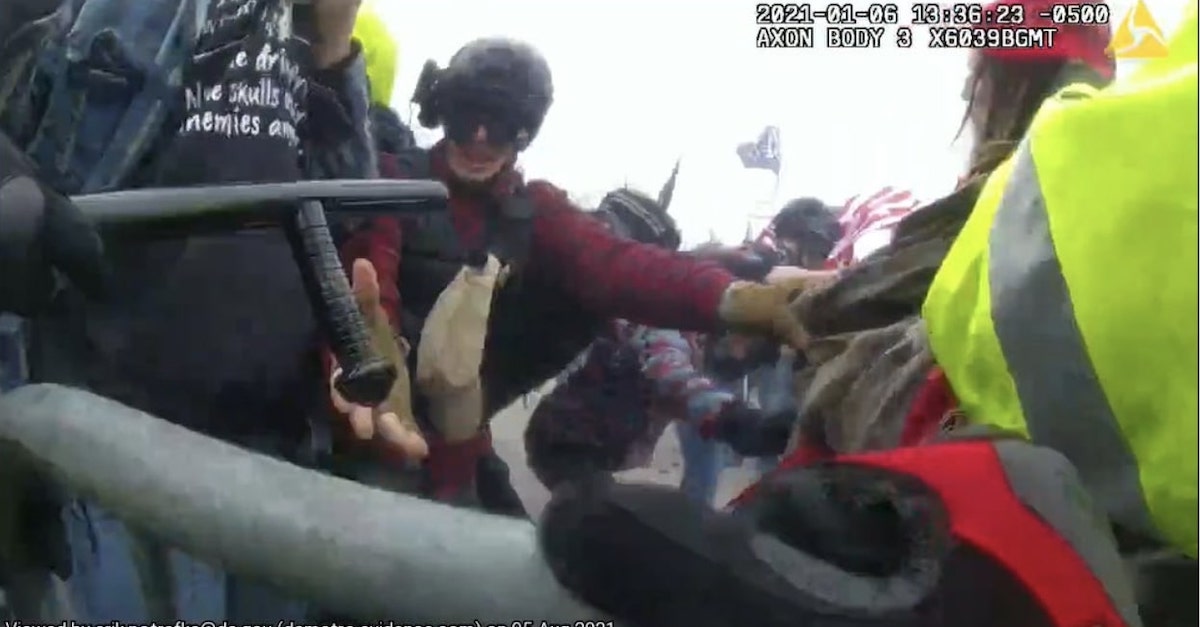 The younger Waynick was allegedly captured in a police bodycam trying to grab an officer’s baton. (Photo via DOJ) 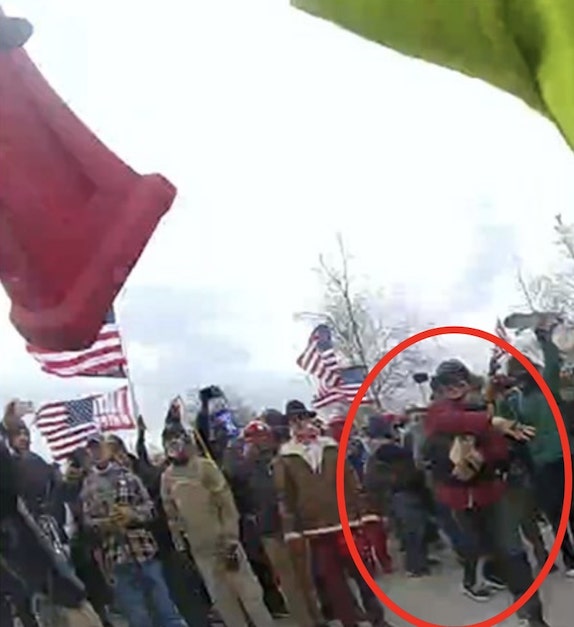 Jerry Waynick was caught on tape throwing a cone at officers, according to an FBI affidavit with a screenshot of the alleged assault.

A Metropolitan Police Officer identified only as M.V. “swatted the cone away,” before it hit the ground, according to the affidavit.

Surveillance footage also captured father and son entering the U.S. Capitol through the Senate Wing Doors, authorities say. Prosecutors say they were in the building some 25 to 30 minutes, captured on closed-circuit TV roaming around the Senate Wing, the Rotunda, Statuary Hall, and the House Wing.

Like countless others inside the Capitol on Jan. 6, the Waynicks were snared in part by social media—particularly, the son’s Instagram account and that of his mother, who is not accused of wrongdoing.

From there, the FBI says that it spotted the son wearing a shirt with the name of the family business: “Waynick Plumbing.” A white, Chevrolet 3500 pickup truck was registered to the father under that business name, authorities say.

They face four charges, including assaulting, resisting, or impeding certain officers, obstructing law enforcement during civil disorder, and other counts.

Prosecutors estimate that more than 750 people have been arrested in relation to the Jan. 6 attack on the Capitol, including more than 235 charged with assaulting or impeding law enforcement.

Other cases involving relatives range from the alarming to the seemingly mundane. Fellow Tennessee man Eric Munchel, who allegedly stormed the Capitol with his mother Lisa Marie Eisenhart, earned the name “zip tie guy” for toting along tactical restraints that he claimed to have found left behind by officers. Another mother and son duo were accused of helping a man steal a laptop from the conference room of House Speaker Nancy Pelosi (D-Calif.). In January, a mother and daughter pleaded guilty to climbing a bike rack to breach the Capitol, and a father and son also copped to civil disorder.

Prosecutors quoted the father in that case, 51-year-old Iowa man Daryl Johnson, envisioning that there would be “hangings on the front lawn of the capitol.”

Read the FBI affidavit, below: