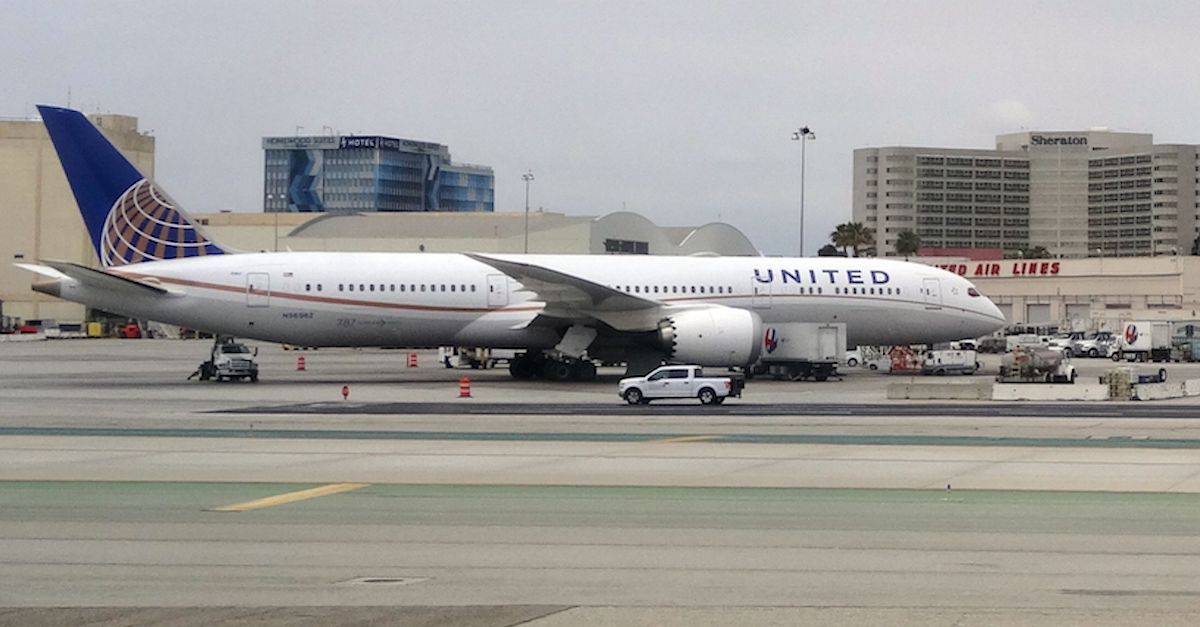 A United Airlines jet taxis at Los Angeles International Airport on May 24, 2018.

A famously conservative federal appeals court issued an unpublished, per curiam opinion on Thursday that barred a private airline company from enforcing its own vaccine mandate for its own workforce. In dissent, one judge furiously took aim at his colleagues.

“In its alacrity to play CEO of a multinational corporation, the majority shatters every dish in the china shop,” Ronald Reagan-appointed Circuit Judge Jerry E. Smith begins in his 57-page dissent.

The dissent easily dwarfed the majority opinion.  The entire appellate rendering — including the voluminous dissent — was a sum total of 80 pages.

“[The majority] rewrites Title VII [of the Civil Rights Act of 1964] to create a new cause of action.” the judge continues. “It twists the record to fit that invention. It defies our precedent and the commands of the Supreme Court. But this majority is no senseless bull. Knowing exactly what it has wrought, the majority declares that its unsigned writing will apply to these parties only. By stripping its judgment of precedential effect, the majority all but admits that its screed could not survive the scrutiny of the en banc court.”

United Airlines requires all of its employees to be vaccinated.  In September 2021, six employees filed a class action lawsuit on the basis that the airline’s accommodation for their refusal to be vaccinated, indefinite unpaid leave, violated their rights under both the Americans with Disabilities Act (ADA) and Title VII.

In November 2021, Donald Trump-appointed U.S. District Judge Mark Pittman, sitting in Fort Worth, Texas, agreed with the airline and declined to issue a preliminary injunction to bar the mandate requested by the employees.

“United exempted plaintiffs from the mandate; plaintiffs are not required to violate their religious beliefs,” his 15-page opinion notes. “United’s employees claimed they faced an impossible choice: get the vaccine or endure unpaid leave. But they have chosen the latter. Their dispute thus centers on United’s response to their choice.”

Texas was the original venue for the dispute because the employees who sued were based out of the Dallas-Fort Worth International Airport.

“Plaintiffs are being subjected to ongoing coercion based on their religious beliefs,” the two judges determined. “That coercion is harmful in and of itself and cannot be remedied after the fact.”

Smith, in dissent, and in no uncertain terms, accused his more conservative colleagues of simply ignoring the law.

“For every conceivable reason that the plaintiffs could lose this appeal, they should,” the judge argues. “The statute does not allow the relief they seek. Nor do our precedents; if they did, the Supreme Court has overruled them. If they have not been overruled, fifty years of precedent and centuries of Anglo-American remedies law show that preliminary relief may not issue.”

If it could issue, it shouldn’t, because the only plaintiffs with standing claim no harm from the “impossible choice” between full postjudgment relief and eternal damnation.

And this is no small thing. The dissent repeatedly argues that the anti-vaccination plaintiffs, a pilot and flight attendant, have avoided their alleged “impossible choice” by choosing to accept an accommodation from their employer and have, therefore, avoided being fired for their religious beliefs.

To hear the majority and the plaintiffs tell it, however, there is still an “exogenous” form of religious coercion at work.

But, Judge Smith argues, that’s not what the law or precedent about Title VII claims actually says.

“[T]he majority says, the ‘[p]laintiffs specifically allege that United wants to coerce them into getting a vaccine that violates their sincerely held religious beliefs and thus avoid any adverse employment action,'” the dissent notes. “None of that is true. The plaintiffs brought this appeal to stop United from placing them on unpaid leave—because unpaid leave is an adverse employment action that violates Title VII. That is the whole point of their suit. That’s what they told both the district court and us.”

Smith then suggests the majority didn’t actually read any of the briefs in the case and goes on to explain that an adverse employment action is a “pedestrian” example of exactly the kind of alleged harm that makes up a reparable injury — not an irreparable injury, which is a legal term of art for something that cannot be adequately solved with money damages.

In other words, the dissent notes, the plaintiffs are talking about rights that are statutorily vindicated with money damages. And, Smith points out, in their briefs and testimony, all they talked about viz. Title VII was the fact that their unpaid leave was causing them financial harm.

In other other words, the majority, to reach their preferred conclusion, said that a legal challenge about being paid can never possibly be solved if the plaintiffs are eventually awarded back pay.

The first premise is both wrong and irrelevant, and the second is nonsense that our precedent expressly forbids.

Essentially, Smith is accusing the majority of just making stuff up.

“Instead of confronting those odds, the majority ignores them and invents a new Title VII sin called ‘ongoing coercion,’ resulting in the plaintiffs’ win,” the dissent says. “Alleging ‘ongoing coercion’ now supplies a private right to preliminary injunctive relief—not because of text, history, or precedent, but because two well-intentioned but misguided judges say so.”

The opinion and dissent are available below: