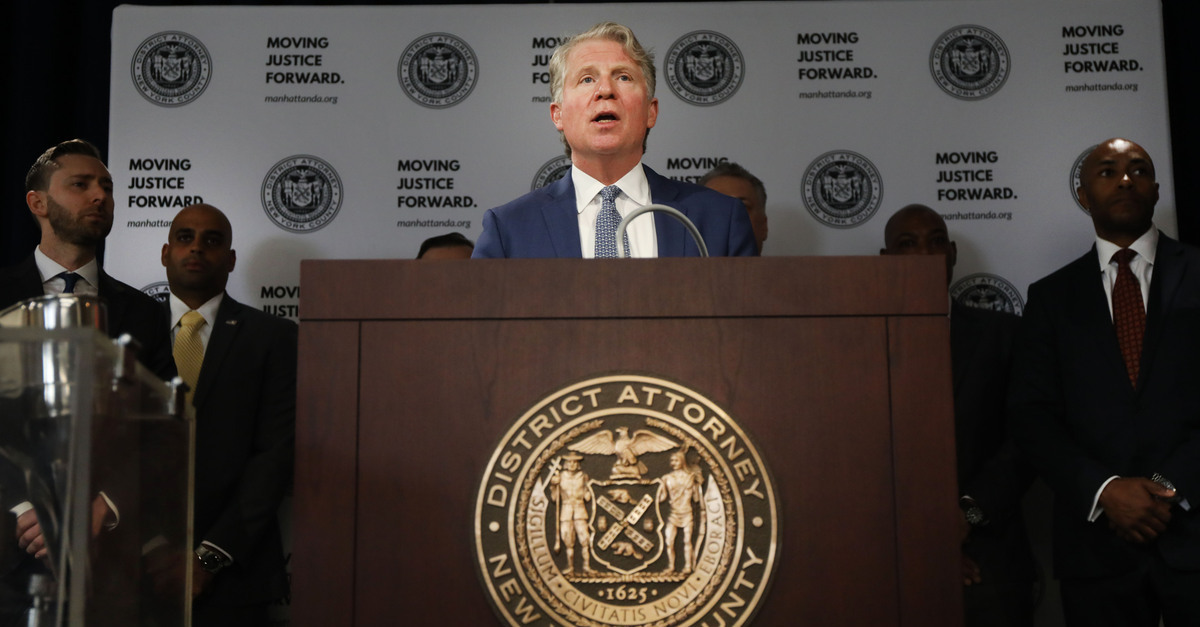 Sexual assault survivors in New York City are demanding the immediate resignation of Manhattan District Cyrus Vance Jr. over his long and documented history of leniency toward elite and wealthy sex criminals.

According to Politico’s local desk, several such survivors made their case for Vance’s swift departure at City Hall on Thursday, highlighting a recent sweetheart deal gifted to Columbia University gynecologist Dr. Robert Hadden.

The disgraced OB/GYN is accused of sexually assaulting no less than 19 of his former patients—including Evelyn Yang, wife of 2020 Democratic Party presidential candidate and entrepreneur Andrew Yang.

“Most women don’t know what you’re supposed to get when you’re pregnant,” Yang recently said in an interview—adding that she was initially unsure about what happened and that she only decided to open up about Hadden after other survivors came forward.

“I feel like I put up with some inappropriate behavior that I didn’t know at the time was straight-up sexual abuse slash sexual assault until much later,” Yang continued, saying those doubts eventually dissipated. “I knew it was wrong. I knew I was being assaulted.”

One of those additional survivors is Marissa Hoechstetter, who led Thursday’s action against Vance. Hoechstetter was the first woman to come forward about Hadden’s abuse. She claims he conducted unwarranted breast exams, made lewd comments about her looks and, as the final straw, licked her vagina during a postpartum examination several years ago. Several additional woman have since come forward to register similar accusations.

“From the start, there were inappropriate questions. There was a lot of touching. There were exams without nurses or other people in the room, and on the last occasion, when I knew that something happened, he licked me. And I knew that that happened and I never went back to the office again,” Hoechstetter previously told CBS News.

Hadden eventually pleaded out on various charges. Vance’s office essentially let him walk free. There was no jail time but Hadden was forced to give up his medical license. Vance also argued against placing Hadden on a sex offender registry.

“For 10 years, Vance has repeatedly favored the wealthy and connected over justice for victims of sexual assault,” Hoechstetter said on Thursday—noting that Hadden was actually first arrested in 2012 for licking another woman. But Vance’s office cut him loose. Hadden went on to abuse more women after that brief encounter with Manhattan justice.

“Vance allowed that to happen,” Hoechstetter said. “It’s on him, and he must resign immediately.”

Law&Crime reached out to Vance’s office via phone and email for comment on this story, but no response was forthcoming at the time of publication.

This isn’t Hoechstetter‘s first political foray. She expressed her interest to help unseat Vance—and started a campaign geared toward that end—late last year.

“People don’t think about the incredible discretionary power DAs have,” Hoechstetter told Politico in October. “We think about what gets charged, but maybe more importantly they have this power to not charge.”

Vance has been repeatedly raked over the coals of public opinion in the past for his wrist-slapping approach to rich and powerful people who get caught committing crimes.

In 2018, Vance also drew outrage and ire—and a late primary challenger—after it was reported that he killed investigations into Hollywood mogul Harvey Weinstein, as well as children of privilege Ivanka Trump and Donald Trump Jr. after receiving hefty campaign contributions from their lawyers.

But the nominating contest is still many months away. Activists are putting pressure on Vance now and don’t seem likely to let up anytime soon.

“Under Cy Vance’s leadership, the Manhattan DA’s office and specifically their sex crimes unit and special victims bureau failed to protect and fight for survivors against rich, white and powerful men who committed countless sexual assaults,” said New York City Council Member Carlina Rivera. “I hope that DA Vance will seriously consider the damage that has been done and resign.”

”The DA’s office is meant to protect us, is meant to serve justice, and there was no justice here,” Yang said of Vance’s longstanding leniency program for well-connected criminals who fork over re-election funds.

This year, the money may not be enough.