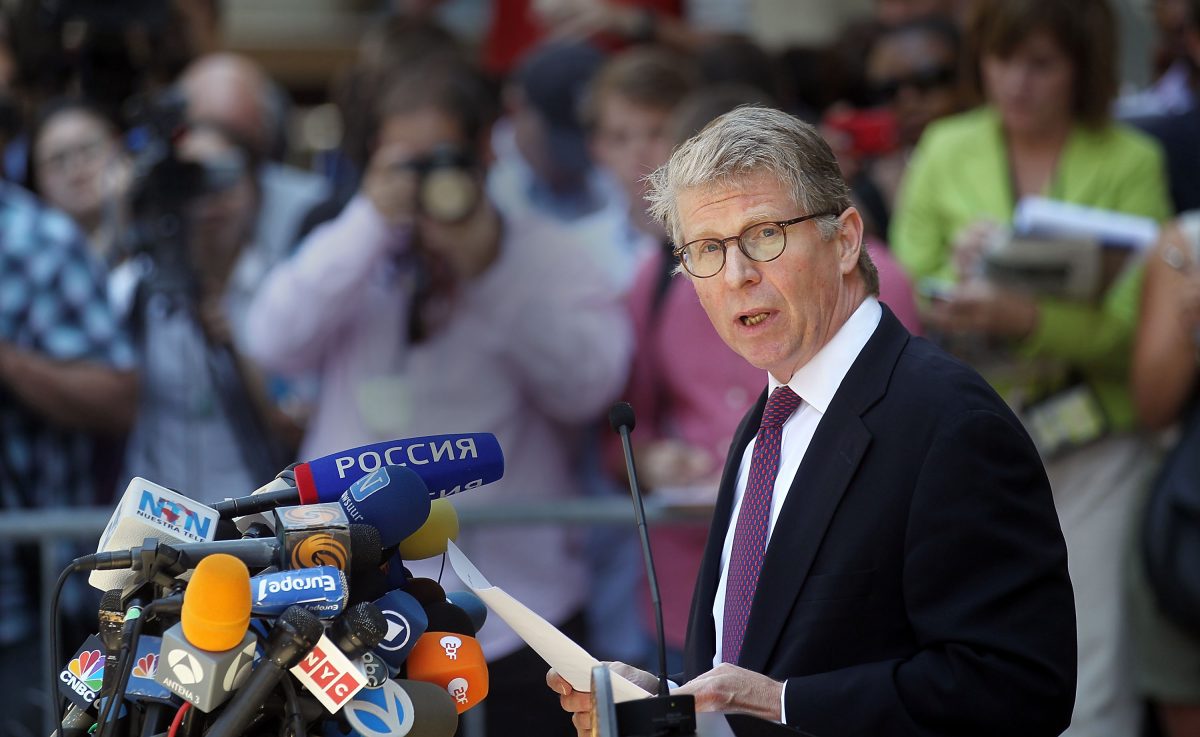 District attorneys can be held accountable for their conduct in many ways. They can be criminally prosecuted, sued civilly, removed from office, disqualified, replaced by special prosecutors, and disciplined by the legal profession. Although infrequent, these are all well-established remedies to ensure that prosecutors behave professionally and with a commitment to justice. It is much more uncommon, however, for a sitting prosecutor to be investigated by another prosecutor for mishandling a case.

This is the first time that Governor Cuomo has directed such an investigation.

When the story first broke last year, it appeared that the New York police department’s special victims division had an airtight case against Weinstein. The complainant Ambra Battilana, a young Italian model, walked into the police station traumatized and crying and told the police how Weinstein had grabbed her, groped her, and sexually assaulted her. After Weinstein contacted her again, a meeting was arranged between Weinstein and Battilana at a local hotel which Battilana secretly recorded. Shockingly, because this is something that almost never happens in sexual assault cases, Weinstein acknowledged groping her, telling her that her breasts were “great” and “felt beautiful,” and tried unsuccessfully to bully her into coming into his hotel room. Notwithstanding what appeared to be an airtight case, Vance declined to prosecute Weinstein for sexual abuse.

Those who followed the disclosure in 2017 of Vance’s refusal to charge Weinstein despite powerful evidence of guilt were outraged by what appeared to be favoritism by Vance towards a powerful and well-connected individual. The outrage intensified when it was revealed that Vance was approached by Weinstein’s lawyers, one of whom was Vance’s former law partner, to drop the investigation; that another lawyer for Weinstein had contributed $55,000 to Vance’s re-election campaigns; that the former head of Manhattan’s sex crimes bureau and a confidant of Vance had been brought into the case as a “consultant” to intercede with the head of the sex crimes bureau, Martha Bashford, to drop the case; and that Weinstein himself had contributed $50,000 to Vance’s re-election.

The outcry over the Weinstein case receded until a few weeks ago, when an explosive story in New York magazine described in great detail how Bashford aggressively tried to discredit Battilana’s account, grilled her about her personal life, and accused her, falsely according to Battilana, of participating in one of the notorious sex parties thrown by Italian prime minister Silvio Berlusconi. Vance’s office also sent out investigators to Battilana’s apartment and aggressively questioned her roommates about whether Battilana was a prostitute, a stripper, and whether she brought strange men to her apartment. The police sex crimes unit, alarmed that the D.A.’s office was systematically trying to derail the investigation, registered Battilana in a hotel under a false name to hide her from the D.A.’s investigators.

It is now up to Attorney General Schneiderman to determine whether Vance’s decision not to prosecute Weinstein was a proper exercise of prosecutorial discretion or the result of venality, incompetence, or bad judgment.

It’s interesting to reflect on Vance’s handling of the Weinstein case in the context of his handling several other high-profile cases which also raise troubling questions about Vance’s conduct and judgment. Consider the aggressive prosecution of Dominic Strauss-Kahn for sexually assaulting a chambermaid in his hotel room, and the prosecution’s demand that Strauss-Kahn be remanded to Rikers Island, only to see the charges dropped after questions were raised about the complainant’s credibility. Or the largely unsuccessful prosecution of former Dewey executives Steven H. Davis, Stephen DiCarmine, and Joel Sanders, who were accused of orchestrating an accounting fraud that deceived the law firm’s financial backers. After several years of investigation, and a trial that went on for more than four months, the jury deadlocked. After a questionable retrial, one defendant was convicted, one was acquitted, and two others had their cases dismissed.

Similarly, after a two-year investigation and four month trial of Abacus bank in Chinatown for mortgage fraud, a jury acquitted the defendants. And notwithstanding compelling evidence that Ivanka and Donald Trump, Jr. had fraudulently bilked condominium buyers for their luxury development in Soho by falsely inflating the value of the development, Vance overruled prosecutors in his office and decided not to prosecute the Trumps.

D.A. Vance has argued that he prosecutes by the book, wins some cases, and loses some cases, but always tries to do the right thing. He has announced a new policy of making the identities of campaign contributors anonymous.

Vance maintains that he, his assistants, and his investigators did the right thing in the Weinstein case. Attorney General Schneiderman’s investigation may show whether he is correct.