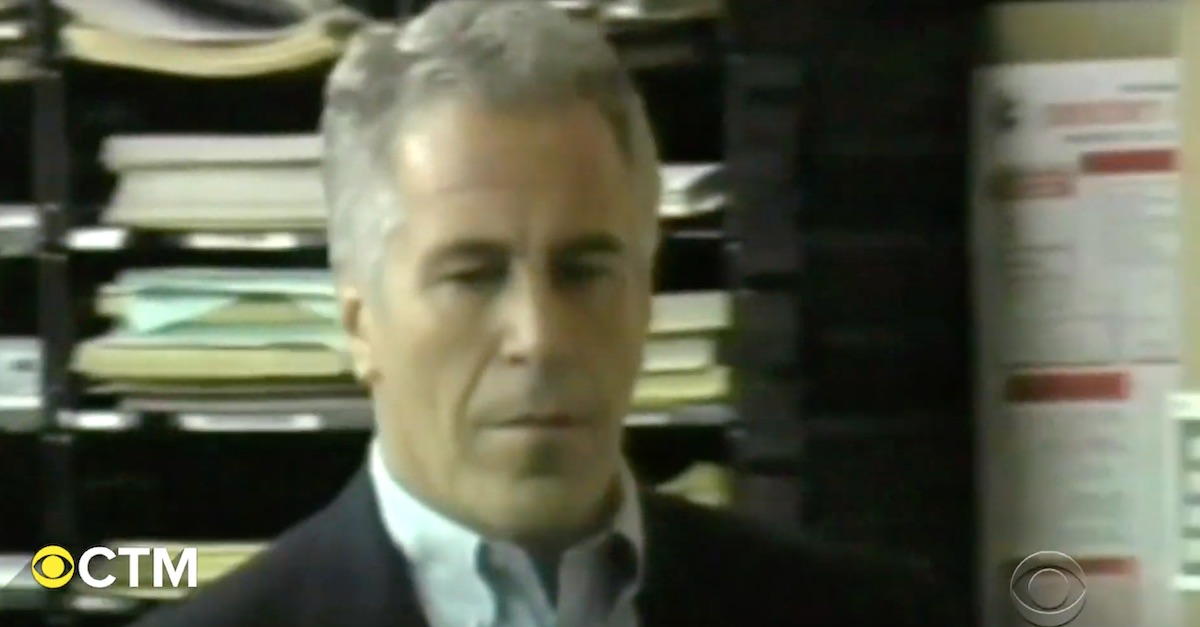 The Manhattan District Attorney’s Office once inexplicably attempted to do wealthy pedophile Jeffrey Esptein a favor by arguing that his sex-offender registry status should be downgraded from the most-dangerous classification to the “least-restrictive,” shocking a judge in the process.

Back in 2011, Assistant Manhattan DA Jennifer Gaffney argued in court that Esptein’s sex offender status should be lowered from level 3 to level 1. This was after Epstein pleaded guilty to state charges of soliciting prostitution from a minor as part of a secretive, sweetheart plea deal that continues to garner intense scrutiny to this day. In reality, Esptein was accused of sexually abusing dozens of underage girls and ended up dodging federal charges. That changed on Monday, when Esptein was indicted for sex trafficking and conspiracy to commit sex trafficking. Prosecutors say he was well aware that the victims were minors because they told him how old they were.

Epstein, as you may know, has a residence on the Upper East Side of Manhattan. After his brief jail stint in Florida with plenty of perks, state officials in New York assessed the Florida case and recommended that Epstein be classified as the most dangerous level of sex offender. Gaffney, however, recommended a lower classification, despite having the findings of the NY State Board of Examiners of Sex Offenders.

In advance of the hearing, then-deputy chief of Sex Crimes, Jennifer Gaffney, had been given a confidential state assessment that deemed Epstein to be highly dangerous and likely to keep preying on young girls, the DA’s office admitted in its own appellate brief eight months after the hearing.

If this was granted, Esptein would have been kept off the online sex offender database. Manhattan Supreme Court Justice Ruth Pickholz didn’t buy this argument at the time and Epstein was still classified as a highly dangerous sex offender.

The judge even expressed her shock upon hearing this argument:

“I have never seen the prosecutor’s office do anything like this,” Manhattan Supreme Court Justice Ruth Pickholz told Gaffney. “I have done many [cases] much less troubling than this one where [prosecutors] would never make a downward argument like this.”

Pressed by the judge, Gaffney admitted that she never spoke to the Florida U.S. Attorney who handled a sprawling sex-crime investigation into the financier.

“I don’t think you did much of an investigation here,” Pickholz said. “I am shocked.”

The detail from state assessment that Esptein was likely to reoffend is a notable one. Southern District of New York prosecutors on Monday argued that Esptein should be jailed pending trial for a few key reasons. One of those reasons? Epstein “continued to maintain a vast trove of lewd photographs of young-looking women or girls in his Manhattan mansion.”

Authorities allegedly found “at least hundreds–and perhaps thousands–of sexually suggestive photographs of fully-or partially nude females” after raiding Epstein’s mansion over the weekend. Prosecutors said some of the images appear to be of underage girls. Even more notable: One of the images included “at least one girl, who according to her counsel, was underage at the time the relevant photographs were taken.” Prosecutors said Epstein had locked photos away in a safe.

Manhattan DA Cy Vance‘s office previously acknowledged that Gaffney “made a mistake.” An appellate court backed Judge Pickholz on this, agreeing that Epstein “committed multiple offenses against a series of underage girls.”

This screw-up has popped up in a couple of places over the past day or so, and Vance has been the chief target of derision.

“Manhattan DA Cy Vance Looks Inept Again With Reemergence Of Epstein Case,” blared one headline. Then there was this from Above the Law:

In a shock to no one, Manhattan’s bumbling, star-f**ker DA is also knee deep in this travesty. Vance, who routinely squelches criminal probes into the rich and powerful — like when his own people told him they had an open-and-shut case against the Trump children or when he let Harvey Weinstein go for years after the NYPD got Weinstein on tape seemingly admitting to crimes — oversaw Epstein’s sex offender status in New York. For a jurisdiction so committed to its stock portfolio-based brand of law and order that it stuffs Riker’s to capacity and holds kids in there awaiting trial for years, when it came to a guy accused of pimping almost 100 underaged girls, Vance wanted people to know this rich guy couldn’t possibly be a threat.

In typical Vance fashion, his office is shoving the individual prosecutor under the bus and proclaiming Vance was merely asleep at the switch, but a lot of folks aren’t buying it.