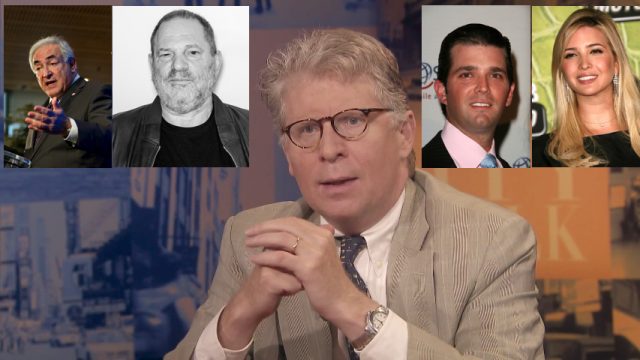 Manhattan District Attorney Cyrus Vance has quite a bit to answer for.

That story, briefly, goes as follows: Investigators believed the Trump kids were making false statements in order to reassure potential buyers of units at Trump SoHo, a combination condo and hotel development that wasn’t doing too well.

For two years, starting in 2010, prosecutors with the Manhattan District Attorney’s office built their case against the younger Trumps. Then, in early 2012, the Trump family attorney, Marc Kasowitz, made a $25,000 donation to Vance’s re-election campaign. That donation got Kasowitz a meeting with Vance, in May of 2012. Just before that meeting, Vance returned the $25,000 donation so as not to appear altogether too sleazy.

Three months later, the fraud case against Ivanka and Donald Jr. was dropped. Vance had overruled his own people working on the case, much to their chagrin. But not for lack of evidence. According to the original reporting on the matter done by the New Yorker:

In one e-mail, according to four people who have seen it, the Trumps discussed how to coördinate false information they had given to prospective buyers. In another, according to a person who read the e-mails, they worried that a reporter might be on to them. In yet another, Donald, Jr., spoke reassuringly to a broker who was concerned about the false statements, saying that nobody would ever find out, because only people on the e-mail chain or in the Trump Organization knew about the deception, according to a person who saw the e-mail. There was “no doubt” that the Trump children “approved, knew of, agreed to, and intentionally inflated the numbers to make more sales,” one person who saw the e-mails told us. “They knew it was wrong.”

And now, as Harvey Weinstein‘s slow-bleed-cum-meteoric fall from grace takes everyone’s eyes hostage for the foreseeable future, word has gotten out that Weinstein’s lawyer understood the intricacies of law and order Manhattan-style as well.

First broken by journalists David Sirota and Jay Cassano, here’s a condensed version of that story: In April, 2015, Italian model Ambra Battilana Gutierrez accused Weinstein of groping her breasts and shoving his hands up her skirt. She contacted the NYPD and wanted to press charges. There was no lack of evidence in this case either. An audio recording made at the NYPD’s request–and available to Vance’s office–reveals that Weinstein admitted the initial unwanted contact and that he had a sordid history of making such contact.

The recording begins with Weinstein begging–like a beached fish thirsty for water–with Gutierrez not to embarrass him in the hotel. He hectors, whines and pleads, swears on his children that he won’t assault her again. She’s still understandably reluctant to enter a private space with him throughout the recording. Finally, the following exchange occurs:

“You’re used to that?” she replies.

Ultimately, of course, Weinstein was not prosecuted. And, with no public appetite for justice in Manhattan, Gutierrez settled and signed a nondisclosure agreement. Now she cannot publicly comment on the matter which the audio offers evidence of–and the agreement even includes “an affidavit stating that the acts Weinstein admits to in the recording never happened.”

Vance released a statement just today, attempting to shoot down any criticism of how his office handled the Weinstein investigation. Characteristically, that statement passes the buck to the NYPD and is penned by one of Vance’s underlings, Chief ADA Karen Friedman Agnifilo. According to Agnifilo, “what emerged from the audio was insufficient to prove a crime under New York law, which requires prosecutors to establish criminal intent.”

Sure, when you’re a well-connected, rich and powerful member of the Hollywood elite, New York legal standards shift substantially in your favor. For any lawyer with a pulse (and without attorney-laundered campaign contributions), however, the evidence in the audio alone was more than enough to charge Weinstein with a crime. LawNewz‘s Rachel Stockman thoroughly eviscerated the Vance-Agnifilo exercise in blame-shifting and face-saving vanity in a lengthy legal analysis piece earlier today.

Perhaps getting buried in the one-two punch allegations of Vance’s fairly apparent corruption is that none of this is new for the seasoned New York City power broker. Cyrus Vance has been running for office (as a Democrat) since 2008. He’s accumulated quite a track record since then.

The well-heeled district attorney sided with former International Monetary Fund head Dominique Strauss-Kahn—and against the woman who accused him of rape–in August, 2011. Vance’s office ultimately dropped the charges after the district attorney tore into the story of his main witness–the sort of theatrics usually reserved for the alleged rapist’s defense team.

That episode set the stage for the purchasable justice that’s being exposed now. It’s all of a piece with Vance, his easily-influenceable staff, campaign apparatchiks and other members of Manhattan’s high-dollar social club. Cyrus Vance sides with high-rollers and power players because, as a good middle manager, he aspires to their ranks and his genuflection toward their norms is classic Proustian ladder-climbing.

As Rolling Stone‘s Matt Taibbi has noted, Vance talks a good game about the way his office does justice, but when it comes down to it, Vance is only comfortable prosecuting people he thinks are weak–and is petrified of offending his powerful campaign contributors.

Such actions, likely qualify as a crime in New York–a form of bribery. If you think Cyrus Vance should answer for his bi-partisan efforts at ensuring pay-to-play justice, report an instance of official corruption here.