‘Why?’: 16-Year-Old in Utah Allegedly Murdered His Mom and His Siblings Shortly After They Returned Home 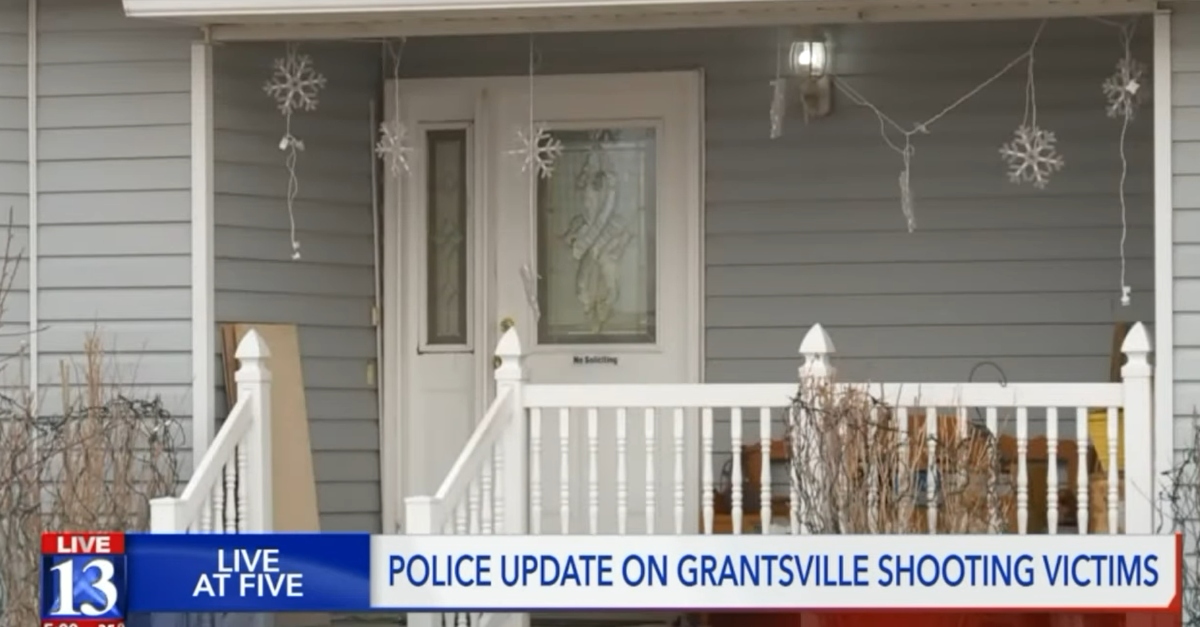 How could a 16-year-old boy kill almost his entire family? Not even prosecutors in Tooele County, Utah are suggesting an answer.

“We all have the same questions,” Tooele County Attorney Scott Broadhead said according to KSL. “Why? We don’t know. Hopefully that’ll be developed through time.”

Colin Jeffrey “CJ” Haynie, 16, has been charged with four counts of aggravated murder, one count of attempted aggravated murder, and five counts of discharge of a firearm for killing pretty much his entire family. Though he is a minor, Law&Crime is naming him because he is being charged as an adult.

It’s unclear if he has an attorney in this matter. Authorities say the killings happened Friday.

Prosecutors say that mother Alejandra picked up the defendant’s 12-year-old sister Maylan from school at about 1 p.m. CJ Haynie allegedly killed them shortly after they returned home: He allegedly shot them multiple times in the heads, necks, “and/or” upper bodies, authorities said.

The suspect then attacked 15-year-old sister Alexis when she returned him from school between the time she arrived home at 2:00 p.m., and 5:17 p.m., prosecutors said. He shot her in the head and upper body, authorities said.

Brother Matthew, 14, arrived at home, at 5:17 p.m.. CJ Haynie allegedly killed him with a single shot to the head.

According to prosecutors, the father Colin said he arrived home at about 6:15 p.m. CJ Haynie allegedly shot him in the leg. They struggled, and the dad was hit in the head with an unknown object, but the elder man managed to take the gun away, authorities said.

The father claimed that the defendant told him that the mother and siblings were dead, “and that [CJ Haynie’s] intention was to kill everyone in the house except himself,” authorities said.

Broadhead reportedly said that the defendant willingly went to the hospital with his father and a neighbor.

Haynie does not face the death penalty because he is minor. The investigation is ongoing.