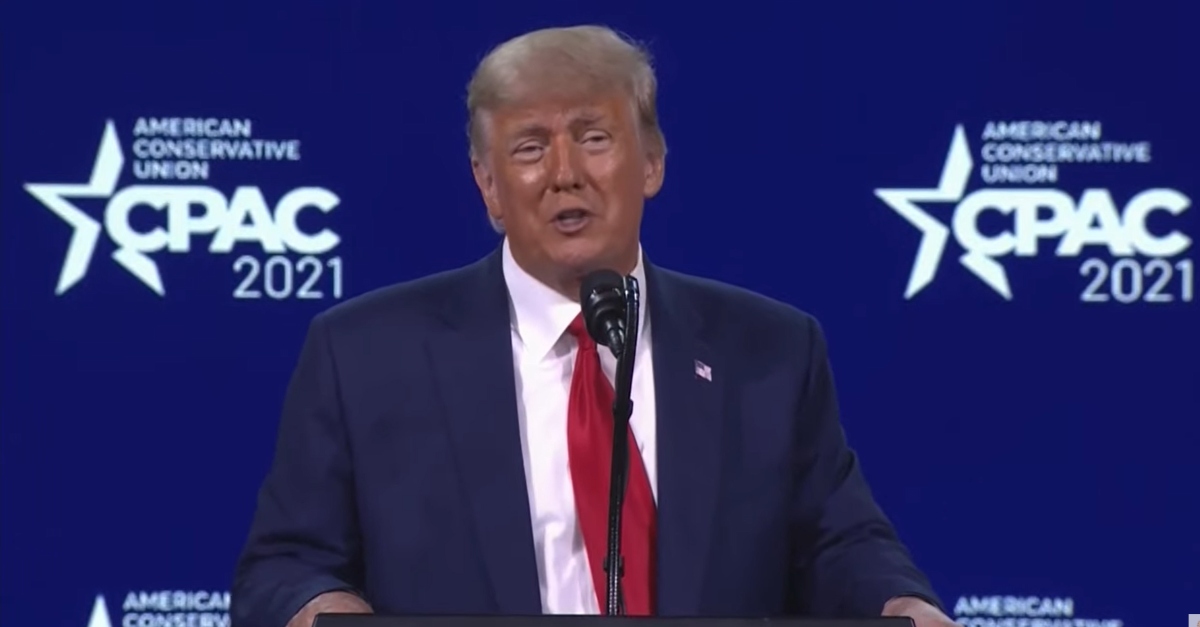 The U.S. Supreme Court on Monday declined to take up Donald Trump’s last remaining petition challenging the results of the 2020 election, closing the loop on a string of post-election defeats the likes of which has not been seen before.

The lawsuit, Trump v. Wisconsin Elections Commission, was filed in the U.S. District Court in Milwaukee and argued that the use of widespread mail-in voting was illegal and lacked oversight. The former president asked to court to throw out the vote tabulations and declare that the Wisconsin state legislature should choose the next president.

“[T]he Plaintiff seeks a very precise remedy to uphold the exclusive authority of the Wisconsin Legislature granted in Article II of the United States Constitution regarding the conduct and manner in Wisconsin for appointing Electors to vote for the President of the United States,” the complaint stated. “Plaintiff seeks a declaration and preliminary and permanent injunction that the Defendants and their practices described in this Complaint infringed and invaded upon the Wisconsin Legislature’s prerogative and directions under Article II of the U.S. Constitution regarding the conduct of the 2020 Presidential election in Wisconsin and will, if continued, do so in future elections.”

Trump’s suit was rejected by both the district court and the U.S. Court of Appeals for the Seventh Circuit, with the latter stating on Dec. 24 that the Wisconsin Supreme Court, not federal courts, are the ultimate authority on the state’s law. Wisconsin’s Supreme Court had already rejected Trump’s attempts to challenge the election.

“Put another way, the errors that the President alleges occurred in the Commission’s exercise of its authority are in the main matters of state law,” Wisconsin’s high court wrote. “They belong, then, in the state courts, where the President had an opportunity to raise his concerns. Indeed, the Wisconsin Supreme Court rejected his claims regarding the guidance on indefinitely confined voters, and declined to reach the rest of his arguments on grounds of laches.”

Trump has continued to falsely claim that he won the election and repeatedly disparaged the judicial branch, including the Supreme Court, for lacking the “courage” to rule in his favor.

The justices on Monday also denied pro-Trump attorney Lin Wood’s peitition for a writ of mandamus. Wood asked the Supreme Court to stop the Senate runoff elections that Republicans went on to lose, costing Sen. Mitch McConnell his Senate majority.

Exactly week ago, the Supreme Court rejected Sidney Powell’s election fraud petitions without further comment. A week prior to that, SCOTUS jettisoned several other lingering election petitions—including some filed by Trump.