After 9-0 SCOTUS Victory, Christian Group Reaches Multi-Million Dollar Settlement of Lawsuit with Boston Over Flag with Cross on It 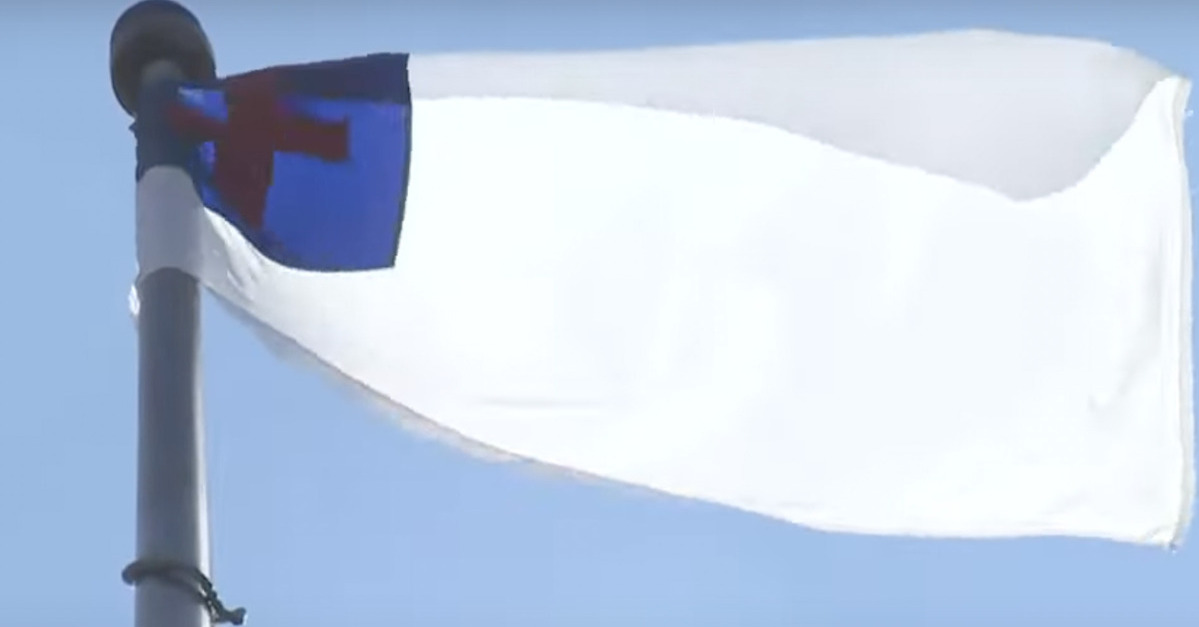 Boston resident Hal Shurtleff, the Director of Christian group Camp Constitution, settled his lawsuit with the city of Boston for $2.1 million. The Supreme Court ruled for Shurtleff in May when it found that Boston’s 2017 refusal to fly Camp Constitution’s Christian flag on city grounds had been unconstitutional.

Boston allows private groups to apply to have their flag temporarily flown in front of Boston City Hall. Since the city has implemented this policy, the hundreds of flags flown have included ethnic and gay pride flags, Juneteenth and Battle of Bunker Hill commemorative flags, and many others. Camp Constitution was the only group whose request was denied by the city. Boston argued that its objection was grounded in its commitment to avoiding government endorsement of religion as required by the Establishment Clause.

Camp Christian’s official mission is to “enhance understanding of the country’s Judeo-Christian heritage, the American heritage of courage and ingenuity, the genius of the United States Constitution, and free enterprise.”

The group sought to fly the flag below, which includes a Latin cross. 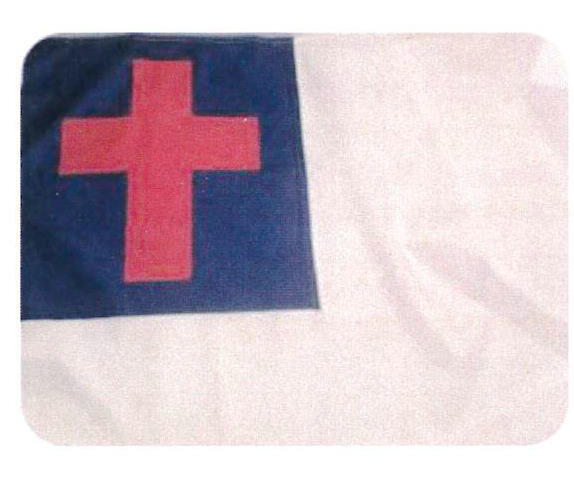 The case presented an important First Amendment question: whose speech is it when a flag is flown at City Hall at the request of a private group, the group’s or the city’s? If the flying of the flag was purely an incident of private expression, Boston would not have the right to impose content-based restrictions on it. However, if by allowing the flag, Boston itself was making a statement, the city would be entitled to choose its own messaging, which may include avoiding endorsing any particular religious message.

Ultimately, the Supreme Court ruled 9-0 that the group’s free speech was at stake, and that Boston violated the Constitution by refusing to fly the flag as part of its display.

Outgoing Justice Stephen Breyer wrote for the Court and reasoned that Boston’s flag-raising program did not constitute government speech.

Following SCOTUS’ ruling, the case was remanded for further proceedings. As revealed by settlement documents recently made public, the parties resolved their dispute Tuesday. Under the terms of the parties’ settlement, the City of Boston will pay $2,125,000.00 to Shurtleff and Camp Constitution.

The case will now be listed as “administratively closed,” but the federal district court will retain jurisdiction “in the unlikely event that the Court’s assistance may be needed with enforcement of the parties’ agreement.”

The Court’s ruling in Shurtleff case foreshadowed a major change to legal analysis of questions of religion. Although the justices unanimously ruled in Shurtleff’s favor, the justices’ had differing views on the underlying reasoning. In a spirited concurrence, Justices Clarence Thomas and Neil Gorsuch advocated for the overruling of the long-used Lemon test for analyzing establishment clause violations.

The following June, SCOTUS ruled 6-3 to formally overrule Lemon in Kennedy v. Bremerton (a case involving a high school football coach who was not rehired after engaging in prayers on the sidelines).

“We are pleased that, after five years of litigation and a unanimous victory at the U.S. Supreme Court, we joined with Hal Shurtleff to finally let freedom fly in Boston, the Cradle of Liberty,” said Matt Staver, founder and chairman of Liberty Counsel who represented Shurtleff, said in a statement.

The City of Boston did not immediately respond to request for comment.