‘Million Dollar Baby’ Screenwriter Ordered to Pay at Least $7.5 Million to Former Publicist Who Accused Him of Rape 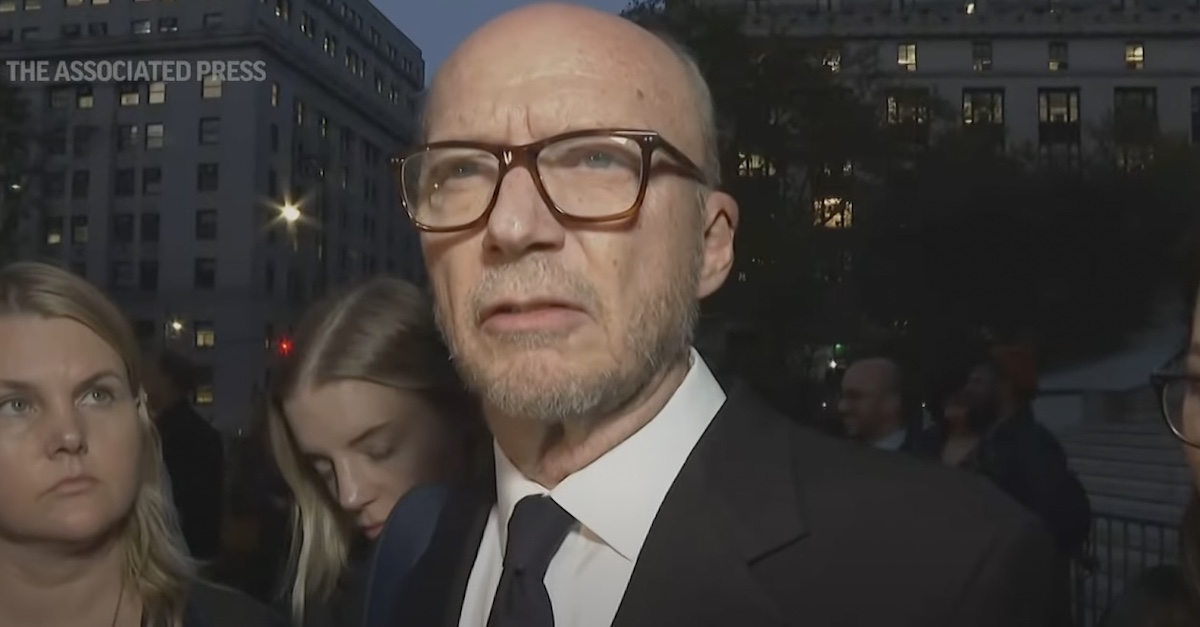 A New York City jury on Thursday found Oscar-winning Crash writer and director Paul Haggis liable after a former movie publicist accused him of raping her inside of his apartment in 2013. The six-member jury ordered Haggis to pay Haleigh Breest at least $7.5 million in compensatory damages in a case filed as the #MeToo movement was taking off, reports say.

Jurors further found that punitive damages should be awarded and will return to court on Monday to deliberate on the amount.

According to a report from The New York Times, Breest was working at a movie premiere in New York City on Jan. 31, 2013 – the date the alleged rape occurred. She reportedly testified during the three week trial that following the afterparty for the premiere of “Side Effects,” Haggis reportedly offered Breest a ride home, then invited her to join him for a drink at his SoHo apartment.

“Ms. Breest testified that at his apartment, Mr. Haggis forcibly kissed her and later took off her tights despite her protests,” the Times reported. “After he forced her into oral sex and raped her, she said, she fell asleep before waking up early in the morning.”

Attorneys for Breest and Harris both reportedly emphasized the ways Breest spoke about the evening at Haggis’ apartment following the incident.

“I thought I was getting a ride home!” Breest reportedly texted a friend the next day. “Naive !!!” the friend reportedly responded.

In other messages, Breest reportedly described her experience with Haggis as “rough and aggressive,” adding that she “kept saying no.”

“I thought I was getting a ride home. I agreed to have a drink. What happened never should have happened. And it had nothing to do with me and everything to do with him and his actions,” Breest testified during the trial, according to a report from The Guardian.

Breest also began seeing a psychotherapist in 2017 who testified that Breest “recounted the night to her during therapy, sharing that Mr. Haggis had raped her after she agreed to have a drink with him,” the Times reported.

Haggis’ attorneys reportedly focused on messages Breest sent about the encounter that had a “lighthearted tone,” and emphasized that Breest emailed Haggis and said she wanted to see him again. She reportedly texted another friend, “I don’t care too much I just hope I don’t now have diseases!!”

Haggis reportedly testified that Breest was giving him “mixed signals” at his apartment, claiming that he expressly told her not to do anything she wasn’t comfortable doing. He further claimed that Breest was the one who initiated oral sex.

“She never gave me any indication that it was anything other than consensual,” Haggis reportedly testified.

The judge also allowed four other accusers to testify against Haggis, none of whom had taken legal action against him. One of those women reportedly said that Haggis kept trying to kiss her against her will and followed her into a cab and back to her apartment without an invitation, reportedly testifying that his actions “showed me that he was somebody who was never going to stop,” per the Guardian.

Haggis has denied all of the claims against him, reportedly telling jurors, “I’m scared because I don’t know why women, why anyone, would lie about things like this.”

Following the verdict, Haggis spoke to reporters outside of the courthouse.

“I’m obviously very disappointed in the results,” he said, according to Deadline. “And I’m going to continue to, with my team, fight to clear my name. We’re going to keep our options as to what we’re going to do.”

His attorney, Priya Chaudhry, released the following statement, according to CNN:

It was impossible for Mr. Haggis to get a fair trial once the judge allowed the statements of 4 other women who never went to the police, never took any action against him, and 3 of 4 never even came into the courtroom [..] They used this to distort the truth, assassinate Mr. Haggis’ character, paint him as a monster, and use a ‘where there’s smoke, there’s fire’ strategy. No one could have had a fair trial in that courtroom under those circumstances. This is a shameful exploitation of the #MeToo movement where political sentiment trumps facts.

Breest reportedly released a statement through her attorneys as well, saying she was “grateful” the jury believed her.

Because Haggis was facing a civil suit, not criminal charges, jurors were only required to find him liable by a preponderance of the evidence presented, not guilty beyond a reasonable doubt.