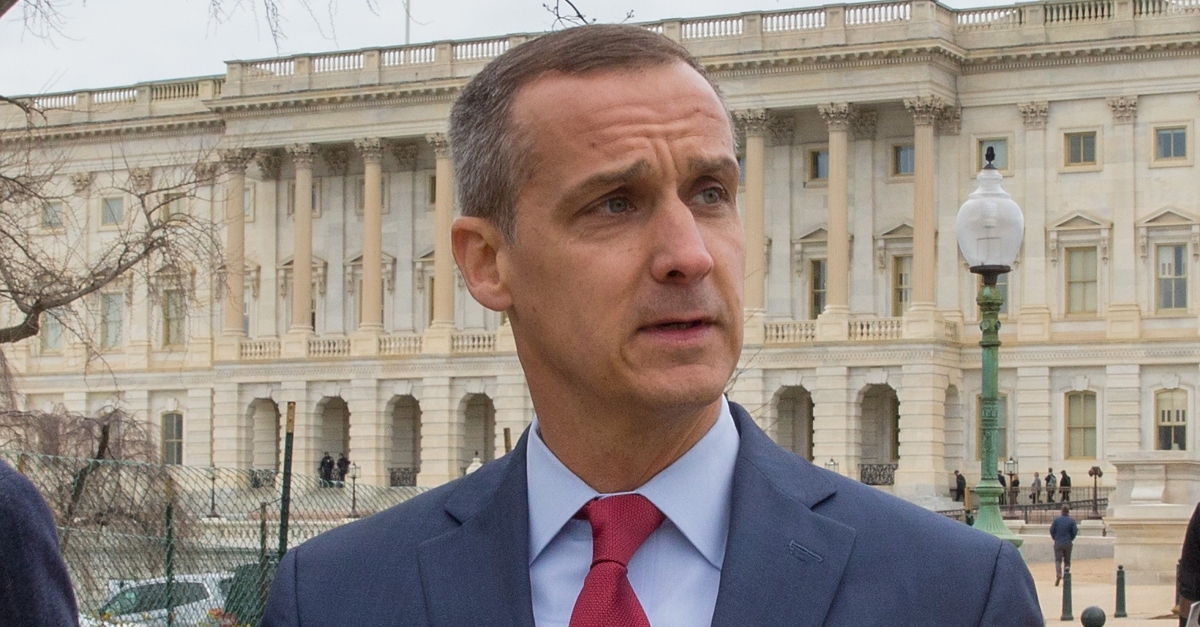 The House Judiciary Committee recently subpoenaed Trump ally and former campaign manager Corey Lewandowski. Now a legal expert suggests that this will be pertinent to the obstruction of justice allegations against President Donald Trump.

Lewandowski is set to appear alongside Trump tonight at a rally in New Hampshire as he mulls a Senate run.

“The aim of the committee clearly is to have public hearings, that the voters can observe and evaluate for themselves, with testimony from the people who provided Mueller with their personal knowledge of the President’s efforts to obstruct the Special Counsel’s investigation,” Moss wrote in an email to Law&Crime. “This would include individuals like Lewandowski, in terms of the efforts to get Attorney General Sessions to unrecuse himself and reign in (if not shut down entirely) the Special Counsel investigation. It is the same reason they are seeking to compel testimony from people like McGahn, who had personal knowledge not only of those issues but also the president’s separate efforts to arguably suborn perjury.”

The office of Special Counsel Robert Mueller said that Trump ask Lewandowski to tell then-Attorney General Jeff Sessions to cover for the administration in the face of the special counsel’s investigation. From the report [emphasis ours]:

On June 19, 2017, the President met one-on-one in the Oval Office with his former campaign manager Corey Lewandowski, a trusted advisor outside the government, and dictated a message for Lewandowski to deliver to Sessions. The message said that Sessions should publicly announce that, notwithstanding his recusal from the Russia investigation, the investigation was “very unfair” to the President, the President had done nothing wrong, and Sessions planned to meet with the Special Counsel and “let [him] move forward with investigating election meddling for future elections.” Lewandowski said he understood what the President wanted Sessions to do.

In the final report, Mueller’s team didn’t accuse Trump of obstruction of justice, but also explicitly declined to exonerate him on the matter. The special counsel reasserted that stance in congressional testimony last month.

The House Judiciary Committee say they’re currently looking into whether to recommend articles of impeachment against the president.

Trump, and his allies deny all wrongdoing in connection to the investigation. Nonetheless, the White House is seeking executive privilege on Lewandowski’s testimony even though he never worked for the White House.

This would be the first time the WH tried to invoke privilege for someone who has never worked in the administration. McGahn, Hicks and Donaldson all held titles in the West Wing; Lewandowski has only informally advised Trump since the campaign ended. https://t.co/CLOzgDjEzT