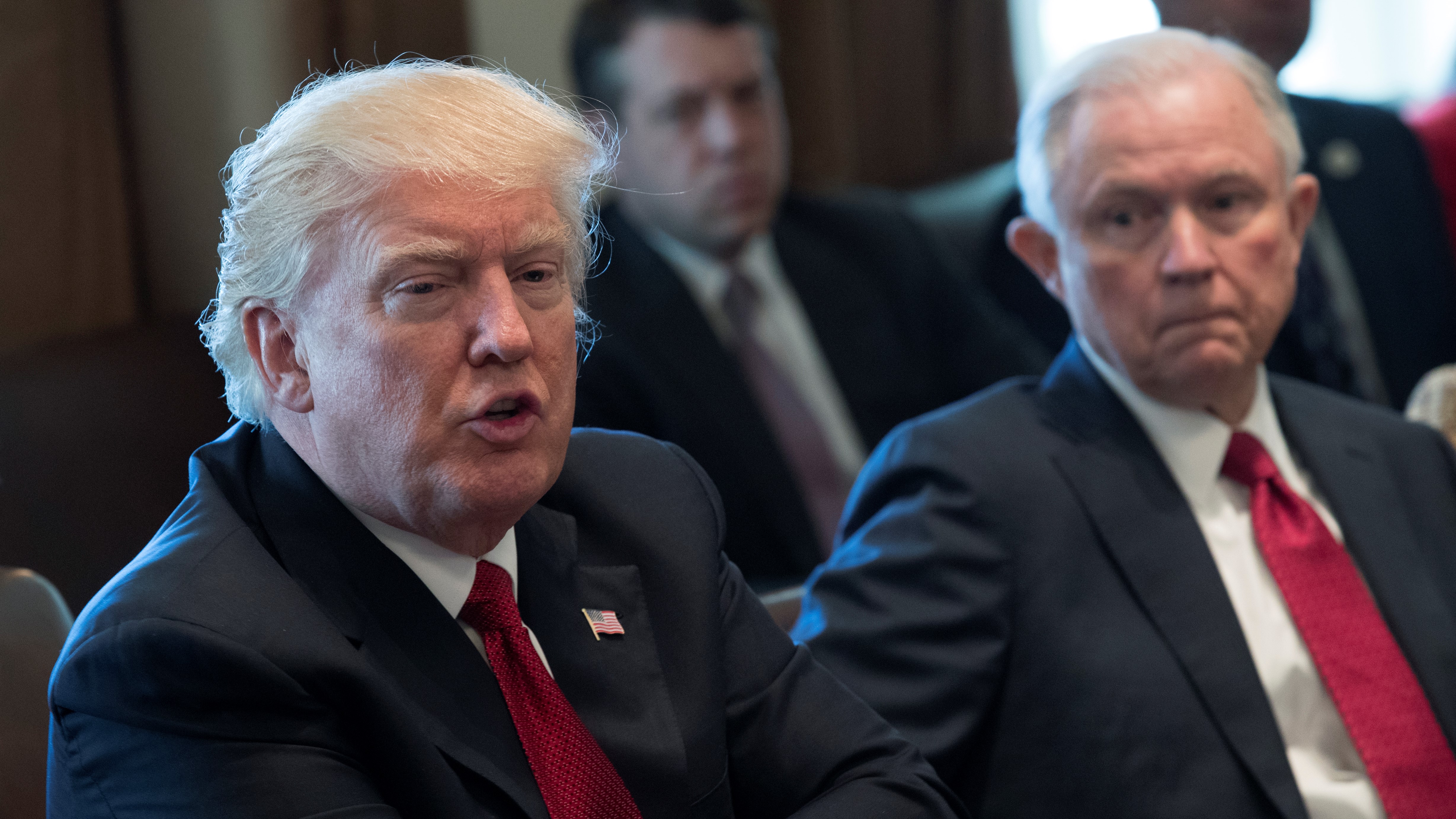 The Associated Press on Friday reported that President Donald Trump is considering a plan to scrap federal marijuana laws and to leave pot regulation to the states.

Trump says he’s inclined to back bipartisan plan in Congress to ease US ban on marijuana, mostly shift laws to states. https://t.co/ntwquUlVEt

The clouds of smoke some people are envisioning are not those emanating from a Woodstock reunion, but rather from the ears of Attorney General Jeff Sessions.

Jeff Sessions gonna be so mad!

The vulgarity picked up from there:

This is great, but he is only doing it to piss off Sessions.

The vulgar language did get worse. We won’t keep embedding. People have made their point(s), and the point(s) have been duly noted.

A lot of people credit Sessions with thinking that marijuana is about as evil as the devil himself (though this Family Guy spoof about an alleged “super devil” complicates that analysis). Yet Sessions’ views are a tiny, tiny smidge more nuanced. As Fortune pointed out, Sessions said during his confirmation hearing that marijuana enforcement could put a strain on federal resources. Yet Sessions has also said that “good people don’t smoke marijuana” and that “we need grown-ups in charge in Washington to say marijuana is not the kind of thing that ought to be legalized . . . that it is, in fact, a very real danger.” Among a Newsweek directory of Sessions’ marijuana quotes are these: “I reject the idea that America will be a better place if marijuana is sold in every corner store,” “our nation needs to say clearly once again that using drugs will destroy your life,” and “I think one of [President Obama’s] great failures, it’s obvious to me, is his lax treatment in comments on marijuana . . . it reverses 20 years almost of hostility to drugs that began really when Nancy Reagan started ‘Just Say No.'”

Just six months ago, Sessions issued a memorandum to U.S. attorneys which said that “marijuana is a dangerous drug and that marijuana activity is a serious crime.”